Look beyond the headlines and you'll find that Baltimore is a thriving city chock full of opportunity and adventure. 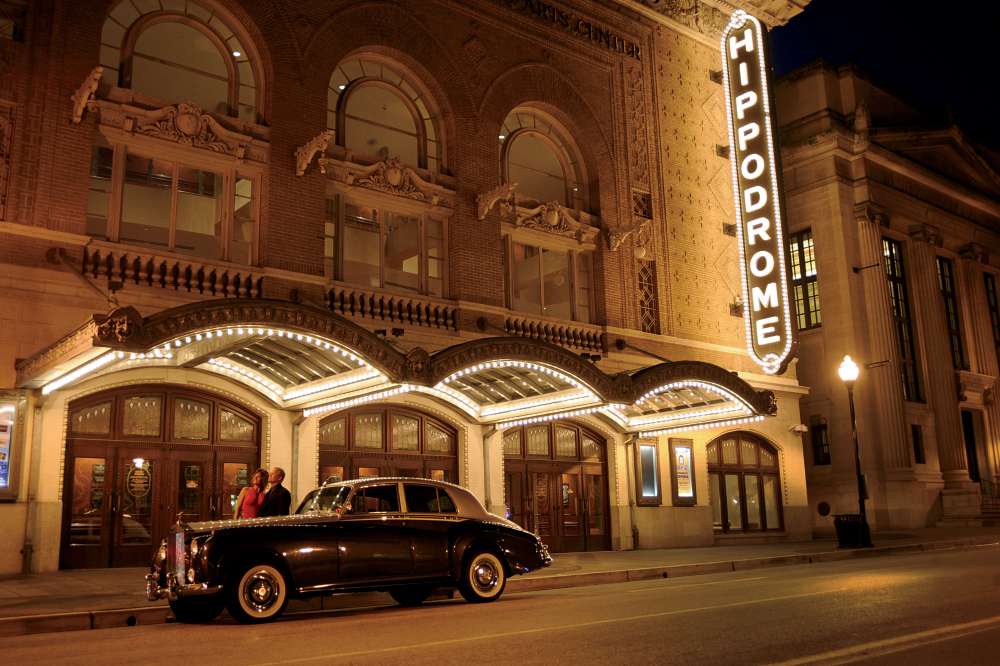 You have to venture away from downtown to find the “moreâ€ in Baltimore. Sure, there is plenty to do in the city center, with its inviting mix of historic and modern attractions. But the surrounding communities have plenty to offer as well, from walkable neighborhoods to revitalized downtowns filled with attractive architecture and a growing number of locally owned restaurants and boutiques.

“A lot of our residents work in the Baltimore area, and they enjoy the things the city has to offer,â€ says Christine McPherson, project manager at Main Street Manager. “But they also appreciate the more rural communities and the small-town feel, with open parks and great schools. It’s that nice little mix of having the best of both worlds within about a 30- or 40-minute drive. We basically have a big city in our backyard.”

There are 30 Main Street Maryland communities in the state, and many of them are located in the Greater Baltimore region. Here is a glimpse of what the area has to offer: 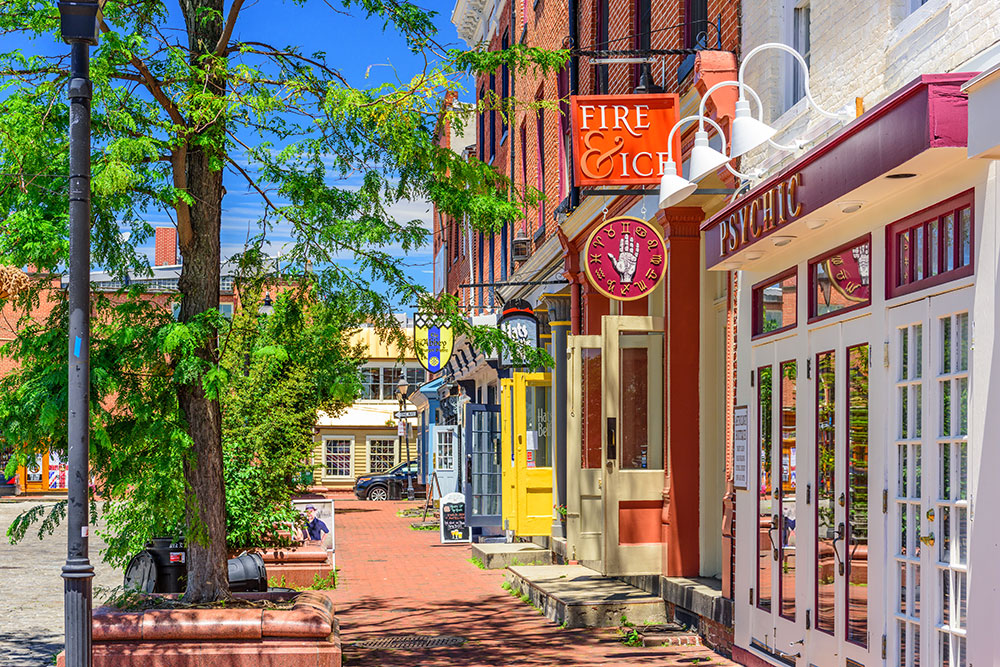 Baltimore County is the third-most populous county in Maryland and within its 612 square miles, there is a neighborhood for virtually every lifestyle. There are the waterfronts of Dundalk and Middle River, urban amenities of Townson and the transit-oriented town center of Owings Mills. Other areas that residents can choose between include historic Catonsville, suburban White Marsh and rural Monkton.

The close proximity of neighborhoods in the county allows residents to explore them all. For instance, in the morning you can kayak along the Gunpowder River, shop at Nordstrom in the afternoon and then hop on the light rail or Metro to see a Baltimore Orioles game that night.

Revitalization projects are taking place throughout the county, including a 2016 private investment of more than $1 billion in the city of Townson. Topping that list is the Towson Row development, a mixed-use project that will include 300 high-rise luxury apartments and a 200,000-square-foot office tower, which will transform the city’s skyline.

Other developments include the partially-completed Metro Centre at Owings Mills – with a community college center, public library, apartments, retail and an office building – and Greenleigh at Crossroads in Middle River, a 200-acre mixed-use community.

Its all hands on deck for the Naval community of Annapolis, which has seen a flurry of revitalization activity in recent years. The city recently completed an extensive renovation of the docks areas, and plans are underway for a new hotel near the docks, as well as a building for the National Sailing Hall of Fame.

In addition, the West Street arts-and-entertainment district is undergoing expansion. Already the site of the monthly First Sunday Arts Festival, the West Street is home to the Maryland Theatre for the Performing Arts, a 65,000 square-foot performing arts and conference venue.

“That’s a part of town that is really growing and bringing additional significance to Annapolis,â€ says longtime Annapolis business owner Steven Samaras, a past president of the Annapolis Partnership. “We’re known in Annapolis for our maritime history, our colonial history and the Naval Academy. What we’ve never been known for is an arts district. Everybody is real excited about the potential there.” 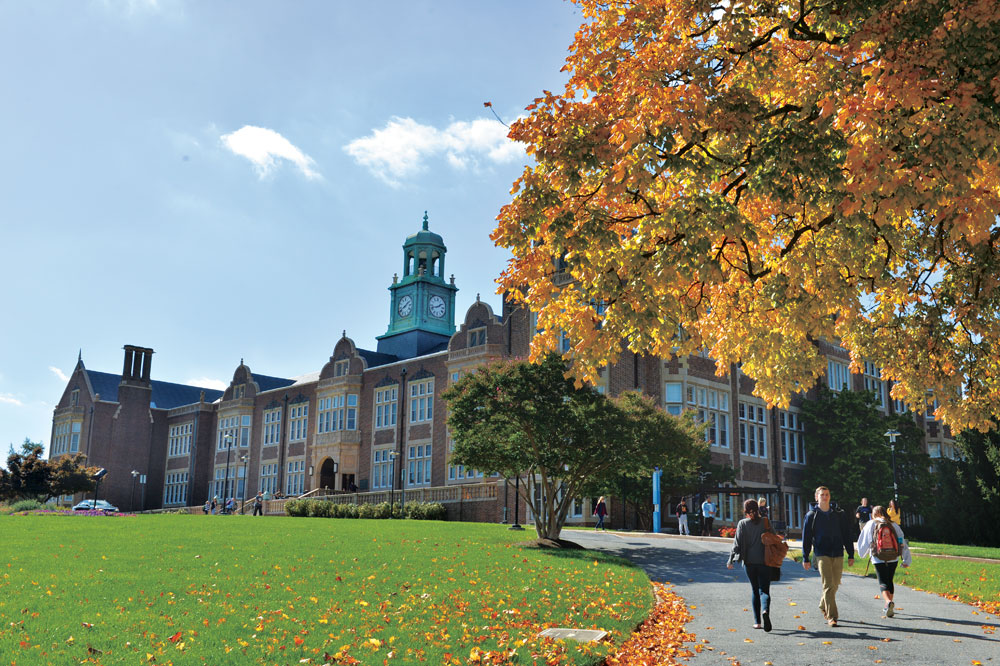 Columbia in Howard County is a prime examples of how communities throughout Greater Baltimore are able to combine the old with the new. Embracing the modern trend of mixed-use development, The Metropolitan in Columbia is a development including a 380-unit luxury apartment complex, along with a variety of shopping and dining options, as well as a movie theater and a spa.

“It’s a wonderful blend of new construction that goes along with Columbia’s original concept,â€ says Amanda Hof, Executive Director of Howard County Tourism. “It brings some artistic elements, with beautiful sculptures on the lawn in front of the restaurants and the retail. It’s a very walkable, welcoming community.” 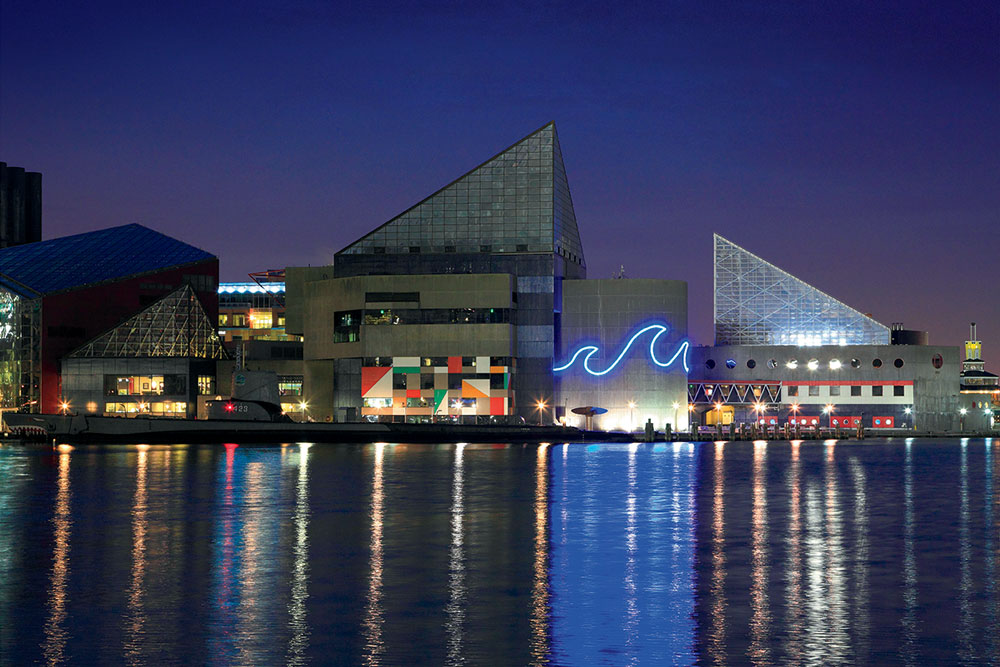 Baltimore / Courtesy of the National Aquarium

A Place for Families

Aberdeen has been home to the U.S. Army’s Proving Ground for nearly 100 years. The community’s military connection is highlighted at the U.S. Army Ordnance Museum, which features a collection of historic artillery and tanks from all over the world.

Ten Fun Things to Do in Baltimore County

Bel Air meshes old and new architecture, showcasing both the historical pieces, as well as the modern facilities.

Bel Air is also the site of a number of popular annual events, including the Chocolate and Candy Festival, the Harford County Farm Fair, and the Maryland State BBQ Bash, which attracts approximately 35,000 visitors over two days.