Made On Maryland’s Eastern Shore

Discover why there's a good chance you are experiencing a product from Maryland's Eastern Shore if you attend a rock music concert, consume a dietary supplement made with psyllium or admire fine conservatory architecture. 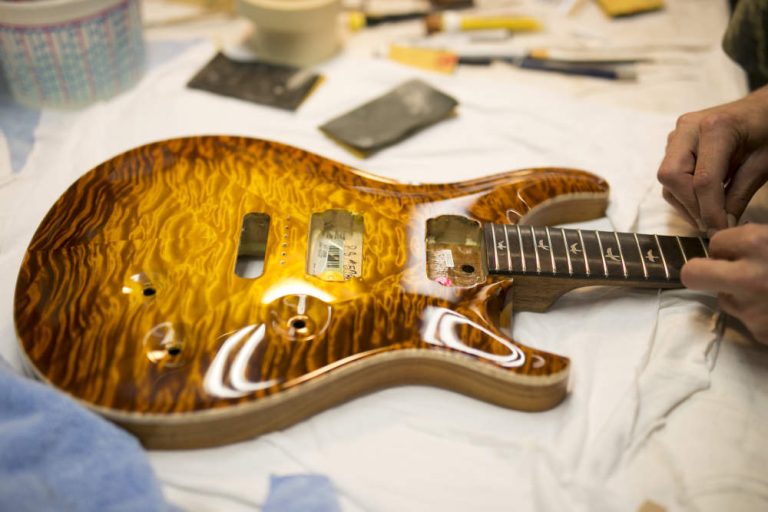 If you attend a rock music concert, consume a dietary supplement made with psyllium or admire fine conservatory architecture, there’s a good chance you are experiencing one of the products created by the diverse manufacturing sector of Maryland’s Eastern Shore. Well-known companies on the Eastern Shore include Paul Reed Smith (PRS) Guitars, whose instruments are played by world-renowned guitarists such as Carlos Santana, Mark Tremonti, Alex Lifeson and Mark Holcomb. Natural dietary supplements made by Konsyl Pharmaceuticals in Easton are in demand around the globe. The company makes its supplements with psyllium imported from India and sells them globally in more than 40 countries. Custom conservatories for homes, museums and high-end commercial buildings are made by Tanglewood Conservatories, combining state-of-the- art technology and master craftsmanship. The company also makes greenhouses, pool enclosures, cupolas, skylights and other architectural features.

All of these manufacturers and more have made Maryland’s Eastern Shore their destination of choice thanks to its prime location, workforce and quality of life. “Maryland is my home,” says Paul Reed Smith, founder and managing general partner of PRS Guitars. “The workforce is smart, enthusiastic, trainable and dedicated. Queen Anne’s County was, and continues to be, very welcoming and helpful. In addition, the proximity to both Washington, D.C., and Baltimore makes Kent Island a wonderful place for PRS Guitars.”The region’s manufacturing heritage runs deep. Miltec UV in Stevensville has been servicing the UV industry for 25 years and is a global leader and manufacturer of arc and microwave ultraviolet curing systems. Cambridge International, the world’s largest manufacturer of metal conveyor belts, was founded in Cambridge in 1911. The company designs, manufacturers and services custom metal mesh systems. Other longtime manufacturers in the region include Hydrasearch, Caldwell Casting Co. and Gross Mechanical Laboratories and Dixon Valve & Coupling Co., which is investing $20 million to expand its distribution warehouse. Many of these manufacturers are tapping global markets.

In Chestertown, LaMotte Chemical Co. makes water quality testing products used worldwide, and CreaFill manufactures reclaimed alpha and specialty cellulose fibers for pharmaceutical, food processing, filtration, construction and industrial applications. In Easton, Celeste Industries Corp. produces lavatory chemicals, cleaners and air fresheners for major airlines and other transportation markets. Tanglewood Conservatories Owner and President Alan Stein moved his company to Denton from the Washington, D.C., area in 1997, and he has never looked back. “The economic development team in Caroline County was outstanding,” Stein says. “We could not refuse the opportunity. We’ve undertaken two major expansions of our facility and now occupy four times the space we started with.”

Konsyl completed a major internal renovation to its manufacturing facility in 2015 to support product expansion at its Easton site. The Eastern Shore offers numerous advantages for the company, says General Manager Frank L. Gunsallus. “In addition to the Eastern Shore’s wonderful quality of life, Konsyl receives tremendous support from the town of Easton, the Maryland Department of Commerce, the Talbot County Office of Economic Development and the Talbot County Chamber of Commerce,” Gunsallus says. Medical device maker Terumo Medical, a top employer in Cecil County, is adding hundreds of new jobs at its facilities in Elkton, and Power Electronics, a manufacturer of utility and industrial controls, is expanding in Millington, adding 60 new jobs. In Federalsburg, Solo cup maker Dart Container is adding more than 50 jobs.

Existing businesses are doing their part to attract more business to the region and raise the quality of talent in the workforce. Tanglewood Conservatories is partnering with Caroline County Public Schools to launch a two-year manufacturing program to provide high school students with hands-on experience working on the shop floor and training in lean manufacturing and safety concepts. Dixon Valve & Coupling Company CEO Dick Goodall, along with the past presidents of Washington College and University of Maryland Shore Medical Center at Chestertown, launched Kent Forward to enhance the educational, economic and social well-being of Kent County. Kent Forward’s goal is to see the community’s schools ranked in the top five public school systems in Maryland within five years. “A strong school system with a reputation for student achievement is vital to any efforts to boost the social and economic health of the area,” says Kent Forward Executive Director Linda Dawson. “Without it, our county loses too many young families to nearby counties, and employers have a harder time finding skilled workers willing to relocate here.”