The bucolic bays and countryside of Maryland's rural Eastern Shore are now a prime destination for a wide range of scientific and technological enterprises. 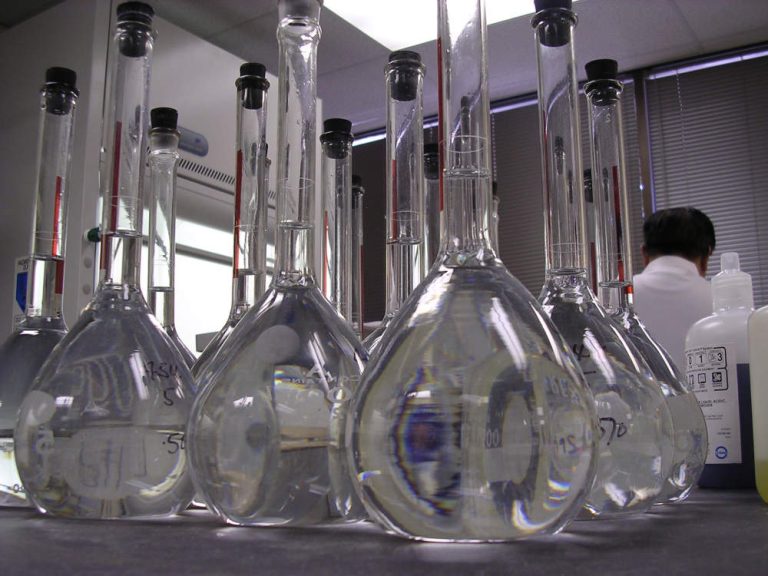 When RTI Forensics outgrew its cramped quarters in an Annapolis office park, the growing tech firm didn’t have to search very far to find the right place to expand. In 2014, RTI moved into a new, 55,000-square-foot office in Stevensville, just 20 miles away on Maryland’s Eastern Shore. The new site accommodates up to 130 people, housing laboratories, secure evidence storage, a flight simulator, a fail-safe data center and a visual media studio.

More critically, the facility is a quarter mile from U.S. Route 50 — the Eastern Shore’s main east-west artery that also doubles as the route of an underground fiber-optic cable, facilitating ultra- high speed communications and data transmission.

“Our business depends on reliable, high-speed internet and data transmission service, so our new location is perfect for us,” says Jeremy Reynolds, RTI’s chief operating officer. RTI is among a growing number of high-tech firms putting down roots in the bucolic Eastern Shore.

Until its move to the region, RTI shared an office park with former parent FTI Consulting, Inc. Reynolds already lived in the area, and one day, he discovered a new office park whose developer could build just the type of office and lab space the firm needed.Most RTI employees are engineers who apply forensic science to the investigation of accidents, crime scenes, structural failures and weather incidents, and they work on projects all over the country. “Our people will often have to fly out on a moment’s notice,” Reynolds says. “Fortunately, Baltimore-Washington International Airport is just a 15 to 20 minute drive from us.”

The rural, agricultural nature of the Eastern Shore creates a strong work ethic and a sense of ingenuity that has built a number of businesses pioneering new technologies. Easton-based Caloris Engineering designs and builds evaporation systems for food production. M&M Refrigeration in Federalsburg produces industrial refrigeration equipment and controls with ground-freezing technology for the mining industry. “In addition to being mostly rural, our region is a very environmentally sensitive,” says Paige Bethke, director of economic development for Talbot County. “We’re close to sea level, and we have more waterfront than any state. As a result, organizations involved in environmental technologies find our location to be ideal.”In the private sector, EAG, Inc., formerly known as Wildlife International, conducts environmental impact testing in Easton for a variety of Fortune 100 agrochemical, pharmaceutical, chemical and animal health companies.

The lab recently completed a $6 million expansion and plans to add 75 chemists and program managers over the next five years.

Other innovators on the Eastern Shore include JASCO, which distributes spectrometers and other analytic devices, and Chestertown- based ILSbio, which provides human biospecimens for cancer research studies. In Centerville, Earth Data, Inc. maps, monitors and analyzes environmental impact of land and water resources. Cambridge-based Technology Engineering, Inc. (TEI) is another transplant from the Annapolis area. The firm had a thriving business supplying C4ISR (command, control, communications, computers, and intelligence, surveillance and reconnaissance) systems to branches of the military and government, but cuts in these programs forced TEI to look for ways to reduce costs. The firm was able to do that by relocating to Cambridge, an area classified by the federal Small Business Administration as a HUB zone (historically underutilized business zone).

Businesses that locate in HUB zones are eligible for preference in government procurement.Other tech firms are also taking advantage of the HUB zone classification. These include Group Z, an IT services company that opened in downtown Cambridge, and Quevera, which will be the first tenant at Dorchester County’s Eastern Shore Innovation Center. While TEI has continued its focus on custom software development, it has also collaborated with area businesses on projects devoted to hydrogen energy, medical information systems and energy- efficient ignition technologies, according to TEI founder and president Joe Benischek.

“When TEI moved here, the people from Dorchester County went out of their way to help,” Benischek says. “I want to give something back to the community.” That includes teaching a business course at Dorchester Community College. “I’ve met lots of smart, technical people here – but running a business is different,” he says. “My course is designed to show them how.”