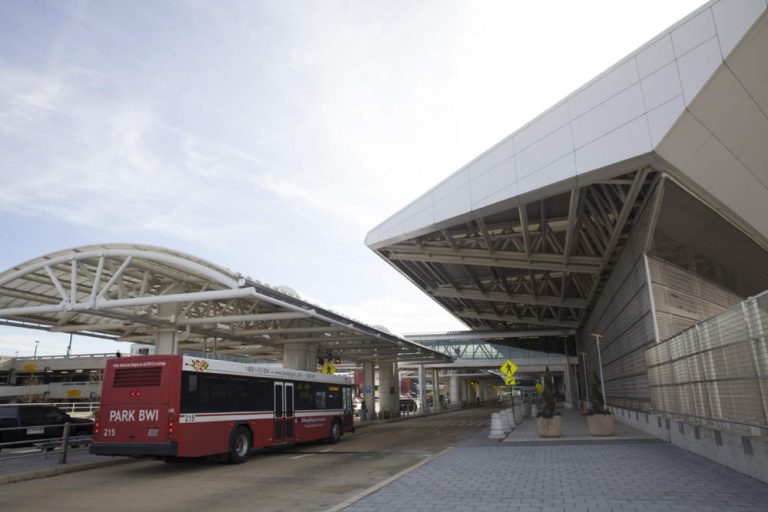 “Maryland has really good roads as a general rule, which helps with reliable service for trucks traveling along state highways,” says Angela Visintainer, director of economic development for the Caroline Economic Development Corporation. “It’s easy to get north and south throughout the eastern parts of Maryland and into the New Jersey markets, as well as going south toward Norfolk.”

In Federalsburg, Sisk Fulfillment warehouses products for about 80 companies, and its staff of 70 packs and ships orders on behalf of their customers.

“One of our longstanding customers is World Wildlife Fund, so WWF will truck several pallets of products to our company for us to break down and individually package and ship to their clientele, primarily via UPS Freight,” says John Phillips, who owns Sisk Fulfillment with his wife, Michael Ann. “We have UPS Freight located in the same industrial park near our warehouse, so being in the region is ideal for us.”

Phillips says many of his company’s 80 customers are some of the largest nonprofit organizations in the U.S.

“About half our business is handling the shipping logistics for nonprofits in the Baltimore-Washington-Northern Virginia areas, so we receive products from our clients in large containers and truckloads and break down everything for shipping via small parcel carriers,” he says. “Besides nonprofits, another key segment of our business is working with dietary supplement companies, so we ship a lot of those products via the region’s roadways.”

For companies with infrastructure needs, the region has a wealth of industrial parks and business and technology parks, with space available at many of them. Caroline County has four industrial parks as well as a business park located next to Ridgely Airpark, the county’s airport.

In Kent County, companies can lease space in Chestertown Industrial Park, Radcliff Creek Industrial Park or the Kent County Business Park at Worton. Dorchester County is home to several industrial parks, including the 113-acre Dorchester Regional Technology Park, adjacent to the Cambridge-Dorchester Regional Airport. The park houses the Eastern Shore Innovation Center, the region’s first business incubator and the new home of Quevera, a software company that moved into the center in late 2014.

Talbot County has seven industrial parks that offer high-speed fiber infrastructure, connections to major roadways, and access to more than 90 federal labs and facilities within a 90-mile commute. Also in Talbot County is Easton Airport, classified as a National General Aviation Airport – the highest designation for a general aviation airport in the U.S. With more than 100 hangars and 30-plus businesses housed on site, the airport provides corporations and business travelers with access to destinations across the country.

In Cecil County are eight industrial parks as well as Claremont Airport, which recently renovated its facilities and added a 3,000-foot runway. Local industries can also ship freight through Class I carriers like CSX and Norfolk Southern, or via the short-line Maryland & Delaware Railroad Company.

Commercial air service is just a short drive away for residents. The region is about an hour’s drive from Baltimore/Washington International, two hours from Dulles International, and 90 minutes from Reagan National and Philadelphia International. Air service is also available through the New Castle Airport in New Castle, Del., and Summit Aviation in Summit, Del.

Companies looking to export or import large cargos by barge benefit from the Chesapeake and Delaware (C&D) Canal in Cecil County, a manmade canal important for global trade. Also available is the the deepwater Port of Baltimore, home to a 50-foot channel. Baltimore is a leading U.S. automobile and break-bulk port, with seven public terminals, including an intermodal container facility. Other ports with proximity to the region include the Port of Philadelphia, the Port of Wilmington, the Port Authority of New York and New Jersey, and the Port of Virginia in Norfolk.