parksOutdoors or in, sporting or just for fun – whatever you're looking for, you'll find it in Charles County's tremendous variety of parks and recreation. 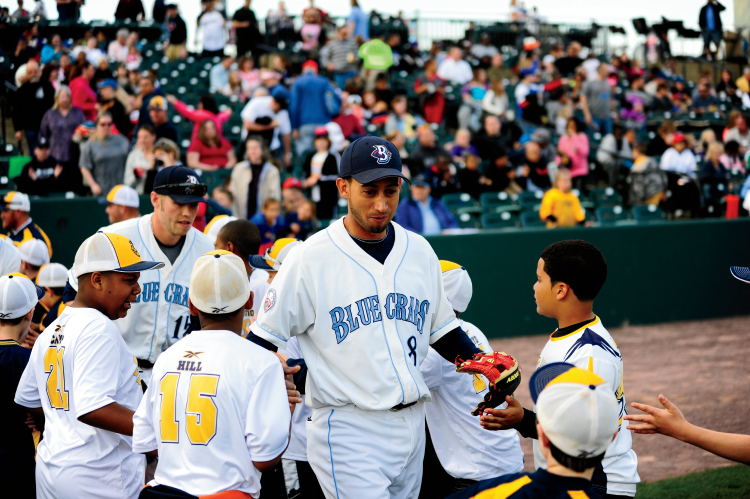 You’ve heard what they say about all work and no play. For many, the measure of a community’s livability is in its quality of life. Good employment options are a must-have for a growing community, and low cost of living is towards the top of everybody’s list of things to look for when they’re settling somewhere. But if you’ve got a great job and an affordable house but no places to go or things to do with your hard-earned “fun budget,” then you’re not going to be a happy camper. Fortunately for Charles County residents, finding places to play is not a problem.

In the last eight years, local leaders have made huge investments in entertainment options for residents. Two of the biggest investments continue to drive area recreation today – the Capital Clubhouse and Regency Furniture Stadium. In 2005 the Capital Clubhouse opened its doors and has since turned into a landmark recreational facility drawing visitors and revenue from across southern Maryland and the DC area. The center’s 90,000 square feet host everything from recreational sports like ice hockey and indoor soccer to major expositions like the Southern Maryland Comic-Con convention. Plus, for the everyday visitor it boasts attractions like a huge 30-foot climbing wall and open ice-skating times.

The area’s premier outdoor sports facility, Regency Furniture Stadium, hosted its very first event in 2008 and has been cranking out entertainment ever since. The Southern Maryland Blue Crabs minor league baseball team calls the stadium home and Courtney Knichel, the team’s assistant general manager of marketing and special events, says they go out of their way to make each experience fresh for visitors.

“This year, that means introducing a new alternate logo, theming some of the concession stands (like having a princess-themed candy station) so that fans will get a different experience at each stand, and lastly, introducing our new field manager, Lance Burkhart,” Knichel says.

But there’s more than America’s favorite pastime being played at the stadium on a regular basis. Musicians from REO Speedwagon to Trace Adkins have rocked the park, and even European soccer stars from Crystal Palace F.C. have taken the field for an exhibition soccer match. The park also houses an unusual attraction for a minor league ballpark: a 54,000-gallon bumper boat pond.

Parks and Recreation for All

Charles County doesn’t just cater to sports fans either. Their parks attract 700,000 visitors annually, their 50 miles of trails attract runners and walkers year round, and facilities from the aquatic to the equestrian host dozens of classes, after-school programs and workshops for all ages.

Sam Drury, chief of recreation for Charles County’s Parks and Recreation Department and a public servant to the county for more than 10 years, says that while the department offers a variety of programs for all ages, it has focused on youth and family programs most recently.

“As 2014 is an Olympic year, we’ve focused on expanding our Tot Olympics,” Drury says. “Even though the events are for 3-6 year olds, this is a fun, family event that is exciting for everyone.”

“I love Charles County because it offers so many different aspects of Maryland.  You can drive down the road and see farm land for miles and miles but then you can drive another mile and you might see a beautiful water view! It’s an everyone-knows-everyone kind of place, and even though we aren’t the extreme South, there is still that sense of Southern charm here in the county,” Knichel says.