Communications and IT is one of Montgomery County's key industries, thanks to a critical mass of long-established companies and startups in a variety of sectors. 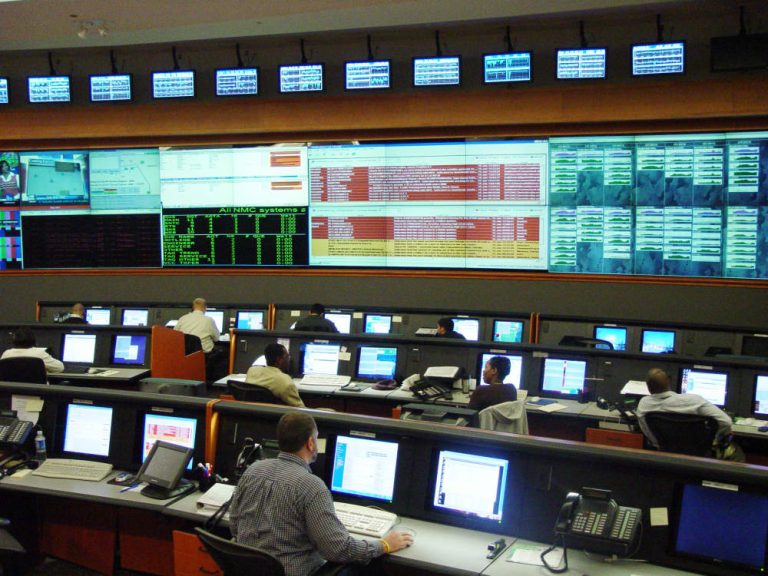 Montgomery County is a hub for communications and information technology, with more than 1,200 long-established and startup enterprises contributing to industry success. Together with the federal government’s Montgomery County concerns, these firms employ more than 90,000 tech professionals and generate $1.3 billion in annual revenue.

Big name players, such as Discovery Communications, CNSI and InfoZen, form a solid foundation for the county’s technology sector. Germantown-based Hughes Network Systems LLC is another anchor for the industry. Founded in the 1980s, Hughes pioneered the VSAT technology used in satellite communications. The company’s Montgomery County facilities employ 1,600 people and area facilities include corporate headquarters, plus two technology labs. And Hughes is the nation’s premier provider of satellite Internet solutions, serving residences, businesses and governments in 95 percent of U.S. ZIP codes and 100 countries worldwide. “Satellite Internet and communications are now recognized as being essential because, unlike terrestrial services, we are immune to ground-based disasters,” says Dr. Arunas Slekys, Hughes’ vice president for corporate marketing and general manager of the company’s Russia/CIS region. According to Slekys, Hughes has stayed in Montgomery County so long because of the region’s strong talent pool, proximity to world-class universities, such as Georgetown and Virginia Tech, and the county’s affordable housing and great schools. “It all adds up, so the whole is greater than the sum of the parts,

” Slekys says. Quality of life is also key to DataLab USA‘s three-decade presence in Montgomery County. Working primarily with the financial and insurance industries, the company provides data analytics to help clients maximize their marketing dollars. The company’s predictive models are so effective that DataLab has won first, second or third place in national analytics contests every year since 2007. “Employees like that we have proximity to Washington, but we’re out of the D.C. congestion,” co-founder and CEO Hans Aigner says. “And since we’re a company of only about 60 people, what employees like is very important.”

In the startup arena, Bethesda-based LiveHealthier is one of Montgomery County’s many tech success stories. The company was founded in 2005 by former publishing executive Mary Moslander. “My youngest daughter was born that year with a serious heart condition. She’s well now, but at that point I decided that I wanted to do something to have a greater impact on people’s health,” Moslander says. LiveHealthier helps self-insured corporations reduce health-care costs through customized health management plans that target employees’ unique health risks. Clients include household names such as Microsoft and JetBlue, and the company recently secured an equity investment from a Fortune 300 company to help take the LiveHealthier platform into new markets. Moslander attributes much of this success to her solid start in Montgomery County.

“The county has a technology growth program that makes loans and grants to companies before they’re bankable,” she says.

“I received a loan and a grant and have proudly repaid both. I think LiveHealthier is proof that when you loan to small businesses, we become successful.” Founded in Bethesda in 2007 and now based in Chevy Chase, WeddingWire is another Montgomery County success story. The company’s products and services include wedding planning tools and curated vendor listings for engaged couples, and business software and advertising placement for wedding professionals.

Recent accolades include spots on the 2012 and 2013 Inc. 5000 lists, Inc. HirePower awards in both those years and recognition as Maryland’s No. 2 job creator for 2013. According to CEO Tim Chi, the environment that has fostered success for so many other tech companies has also contributed to WeddingWire’s phenomenal growth. “Montgomery County has proven to be a wonderful community to foster a growing company,” Chi says. “We’ve been able to scale our business, cultivate a team of exceptional talent and celebrate our entrepreneurial spirit with continuing support from the county.”