Montgomery County is on the lead lap in connected technologies 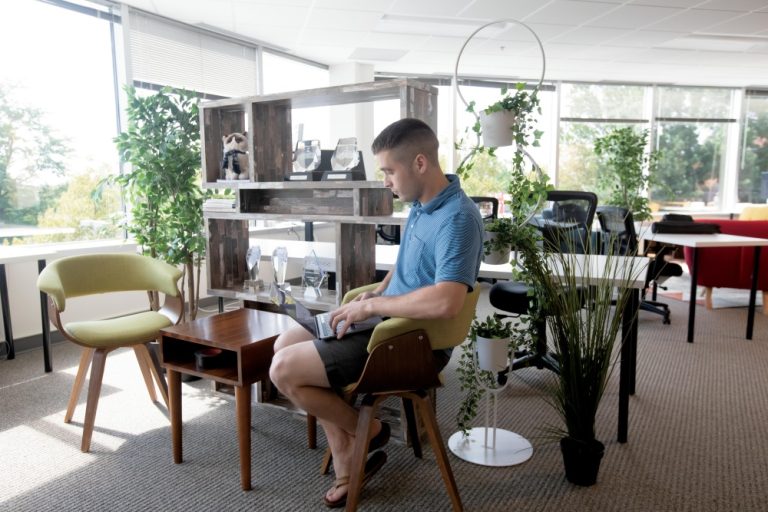 Montgomery County is on the lead lap in development of the Internet of Things (IoT), the network of physical devices, vehicles, home appliances and other items embedded with electronics, software, sensors, actuators and connectivity that enables them to connect and exchange data.

“IoT looks very exciting right now. Pretty much every industry is interested in IoT on some level and a lot of companies are coming off the sideline and spending money,â€ says Eric Conn, CEO of Leverge, a fast-growing Montgomery County company that makes a software platform for business applications that allows companies to build IoT solutions.

Montgomery County Has Built A Firm Foundation for Success

Leverege and a plethora of other innovative entrepreneurial companies based in Montgomery County are in an ideal locale to grow their businesses. No fewer than 44 companies in the county are on the Inc. 500 fastest-growing private companies list, many of them in emerging industries.

They can take advantage of wealth of resources that supports entrepreneurial growth and encourages innovation, especially in cutting-edge technologies and industries.

Montgomery County has launched The Thingstitute, which has been described as “a living laboratory for IoT technology, providing a test-bed for startups, established companies and research institutions.” Its cornerstone project is the Smart Community Alert Network (SCALE), which aims to provide improved safety and security for vulnerable residents by using Wi-Fi enabled sensors to alert first responders to emergencies when, say, smoke or carbon monoxide is detected.

Conn says the Innovation Center has been an invaluable part of the company’s growth, offering tremendous flexibility, including the room to expand within the facility. He also praises the location, connectivity and collaborative culture. Leverege has recently signed its first commercial lease for its own space in Rockville, anticipating that its staff size will double to 40 employees in the next 12 to 18 months.

Another of the Germantown Innovation Center’s success stories is Machfu which, coincidentally, plans to move in next door to Leverege in the same commercial space in Rockville.

Machfu grew out of the idea that developing and maintaining applications and infrastructure in the industrial IoT world should be as easy as it is in the desktop and smartphone world.

Another local tech company with a bright future is Kensington-based Casaplex, which provides cutting-edge technology for smart buildings and smart homes, “technologies that improve the way we live, work and play,â€ says CEO Derek Goldstein, who leads a team of more than 30 employees.

“What we do, to put it simply, is we build smartphones for machines. Our product does not have a display because machines cannot use displays, but it has the same functionality,â€ says CEO Prakash Chakravarthi, who sees the utility and oil and gas industries among the most promising verticals for Machfu’s product.

He expects the company to double in size to 30 employees in the next year or two.

Casaplex serves both the commercial and residential markets. Goldstein sees lighting control as an undervalued green technology that is going to be a “life changerâ€ in both arenas.

“It’s a technology that will be part of Casaplex’s future and a part of everyone’s future. I don’t even touch a light switch in my house anymore,â€ he says. “I thought everybody would be automated by now, but things are accelerating and [everybody] could be automated within the next five years.”