Learn why major corporations such as GEICO, Lockheed Martin, Hughes Networks and Marriott International choose to locate and stay in Montgomery County, MD. 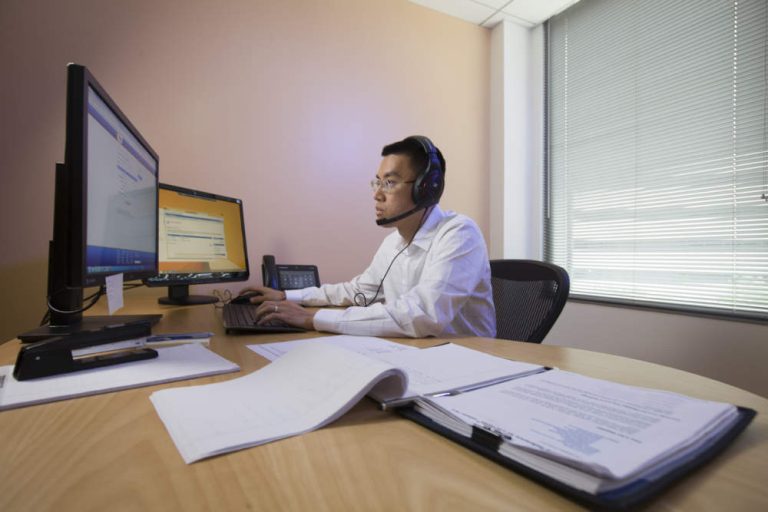 Montgomery County is the right address for business. The presence of major federal government agencies, an integrated transit network, access to highly educated workers, the presence of three international airports and an array of lifestyle options give it a distinctive appeal as a corporate headquarters location. That strategic location includes the home of 18 government agencies, including the Department of Energy and the National Institutes of Health. The region is served by three major airports: Baltimore/Washington International Thurgood Marshall, Ronald Reagan Washington National and Dulles International, all within a 45-minute drive of Montgomery County and each offer nonstop access to destinations across the globe. And with an inventory of 145 million square feet of commercial space (57 million of it office) as of late 2014, there’s ample space available.

But that’s only the tip of the iceberg when it comes to the advantages of having a headquarters in Montgomery County. That’s demonstrated by the fact the county is the corporate home for some 60 companies, including GEICO and Marriott International. “We value our proximity to key decision-makers and leaders in Maryland and D.C. who impact our business. We are grateful for the opportunity to recruit the next generation of engineers from Montgomery County’s highly educated workforce,” says Larry Duncan, vice president of federal and state government relations for Lockheed Martin, the global aerospace, defense, security and advanced technology company that is headquartered in Bethesda.

The county is not just an attractive place to work but also an appealing place to live. For example, 70 percent of the 1,200 employees who work for Hughes Communications also live here. Families are drawn by the county’s excellent school system. Of its 28 public high schools, 11 received gold, silver or bronze medals in the U.S. News and World Report‘s Best High Schools rankings. Colleges include a campus of Johns Hopkins University, the University of Maryland and Montgomery College, one of the nation’s top-ranked community colleges. Educational opportunity is only one factor. “The county has great hospitals and a great health-care system, the arts and humanities are fantastic, and the D.C. area is full of attractions. There is a great work-life balance,” says Michelle Pearre, Hughes Communications’ vice president of human resources. “We have proximity to everything – New York City, the mountains, the shore, lakes. It all makes my job of recruiting easier.”

Companies also appreciate the values imbued in the business environment. “The county supports things like tax credits for green initiatives and job creation that support our culture,” Pearre says. Eric Thomas, CEO of L-Soft in Bethesda, echoes that sentiment. “I eat out most every day, and I meet with people who are educated, intelligent and who have traveled all over the world,” he says. “The area is very friendly to foreigners. You are welcomed and don’t feel like an outsider.” Thomas, who started an email and mailing list software management company in 1994, says that, yes, the company needs to make a profit, but there’s more reason to be in the region than that. “For me it’s really about having a vision, a passion, a dream,” he says. “In Silicon Valley, they are all about the money. There’s a softer set of values in the culture here.” A firm commitment to a robust mass transit system is one of those values, and it creates a walkable environment where people are not dependent on cars. The county has 13 stops on the Metro rail line, as well as three Maryland Area Regional Commuter train stations in Silver Spring, Gaithersburg and Rockville.

The transit system is a powerful recruiting tool for both corporations and their employees. A Washington Post article recently says that “mass transit is now considered a must-have economic development tool to attract millennials.” Mass transit is also in great demand by empty nesters who are looking to downsize and drive less. “Rockville is ideal for our associates with its central location and easy access to public transportation,” says Patrick Cimerola, senior vice president, human resources and administration for Choice Hotels International. It’s a way of life that L-Soft’s Thomas finds very attractive. “With the Metro, this area is very walkable. You don’t need a car here. I don’t even have a driver’s license.”