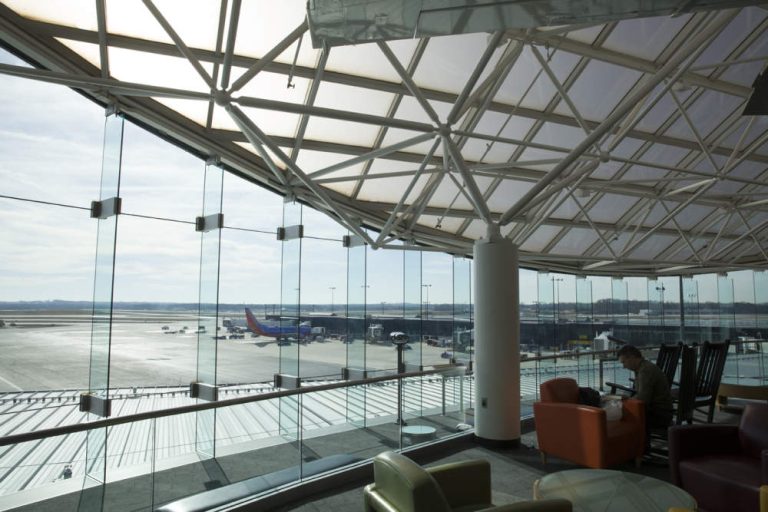 In addition, Montgomery County Airpark is a general aviation facility in Gaithersburg that serves private aircraft and corporate jet clients, while Davis Airport is a small privately owned airstrip in Laytonsville.

The highway system in Montgomery County includes Interstate 270 that runs northwest-southeast, connecting to I-70 in the north at Frederick, and the I-495 Capital Beltway to the south that provides access to Washington D.C. and Northern Virginia. Another important thoroughfare is Maryland Route 200, commonly known as the Intercounty Connector, or ICC, which runs east-west from I-95 to I-270. “The ICC has attractive economic development opportunities along its route, plus allows motorists to bypass the busy Capital Beltway, if desired,” Sullivan says. “The ICC also gives distribution companies a good link to the Port of Baltimore.” Another key roadway is Maryland Route 355, also known as Rockville Pike or simply The Pike, which becomes Wisconsin Avenue in its southern reaches, and Frederick Road in the north.

Montgomery County has a well-developed public transportation system that helps alleviate traffic congestion, and plans are in place for even more development. Thirteen stops on the Metro commuter rail system are in Montgomery County, providing transportation to all major communities, as well as direct access to the center of Washington D.C. Statistics show that 37 percent of commuters in the Washington, D.C., area use public transportation to go to work – the second highest rate in the country. Plans are in place for construction of a 16-mile crosstown Metro Purple Line, with 21 stations between Bethesda and New Carrollton, thereby connecting Montgomery and Prince George’s counties.

“The Purple line is in the very early stages of talks, but that line would be especially nice because Montgomery County college students would have a direct link to the University of Maryland campus in Prince George’s County,” Sullivan says. Passenger rail carrier Amtrak maintains a station in Rockville. “I happen to live and work in Rockville, and can literally walk from my home and get on a train and travel to Philadelphia or Boston or New York City,” Sullivan says. “That’s a nice option to have.” Also available to rail passengers is the Maryland Area Regional Commuter, or MARC Train, which has several Montgomery County stations, including Gaithersburg, Germantown, Rockville and Silver Spring. The MARC Train provides statewide transportation throughout Maryland, as well as to Washington D.C. and west to Virginia.

Montgomery County also operates its own bus public transit system, known as Ride On, which serves 12 Metro stations located throughout the county and operates 80 routes. Ride On operates on a synchronized schedule with Metrorail’s Red Line to move riders efficiently throughout the immediate area. Real time apps are available as well, so passengers can track their bus and arrival times. “Montgomery County truly has a good mass transit system in place,” Sullivan says. “And for future economic development, planners are seeking to develop more and more employment hubs near transit stations as a way for getting people to and from work even faster.”