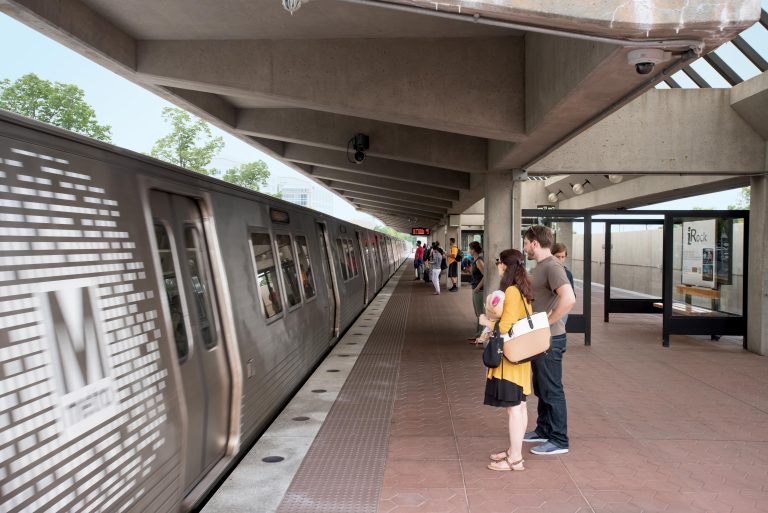 The county offers a location advantage in the Washington, D.C. region and access to major East Coast markets. The local highway system includes Interstate 270, which that connects to I-70 in Frederick, while the Capital Beltway (I-495) circles the nation’s capital, and the Inter-County Connector (MD-200) provides direct access to I-95.

Companies that export and import goods by ship have the convenience of the Port of Baltimore less than 30 miles away.

No Car, No Worry

You don’t need a car to live in Montgomery County, which offers mass transit options and an infrastructure that promotes biking.

The county is part of the regional Capital Bikeshare system that allows riders to pick up a bike for quick and easy rides to home or work in the communities including Chevy Chase, Gaithersburg, Rockville, Silver Spring and Takoma Park. The Dockless Bikeshare demonstration project in Silver Spring and Takoma Park doesn’t rely on fixed bike stations, with customers instead using a mobile phone app and GPS to locate a nearby available bike.

Montgomery County residents have extensive rail and bus service options. In fact, 37 percent of commuters use public transit to get to work, the second highest rate in the U.S.

The Metrorail system, which takes riders to and from Washington, D.C., has 13 stations in Montgomery County. Construction is under way on the 16-mile Metro Purple Line that will link Bethesda, Silver Spring, College Park and New Carrollton, with service projected to begin in 2022.

One for the Road

For bus travelers, the county is well served by 41 Metrobus routes along with a specialized local service via a county-run Ride-On bus system. Always looking to improve its public transportation network, Montgomery County is adding a Bus Rapid Transit (BRT) system of routes that will start in 2020 to provide service to non-served or minimally served areas of the county.

Montgomery County Helps Ensure There is Room at the Inn

The first BRT line, known as FLASH, will run north/south along U.S. Highway 29 from Burtonsville to downtown Silver Spring. The FLASH line is expected to carry about 13,000 riders on its opening day and 20,000 daily by 2040.

“BRT buses are being compared to ‘trains on rubber tires’ with fewer stops than traditional bus systems and equipped with Wi-Fi and USB ports,â€ says Esther Bowring, Montgomery County Department of Transportation spokeswoman. “The Burtonsville-Silver Spring line will also feature stops in White Oak and Four Corners and will operate seven days a week, for approximately 20 hours per day.â€

Montgomery County Has Built A Firm Foundation for Success

In 2013, the Montgomery County Council adopted a Countywide Transit Corridors Functional Master Plan that identified a network of more than 100 miles of Bus Rapid Transit routes needed throughout the county. A second BRT line is currently under consideration for the north/south MD 355 corridor from Clarksburg to Bethesda.

Bowring adds that Montgomery County is fortunate to have good transit in many forms.

“BRT is a good option for arterial roads with dense, mixed-use destinations and limited space, as it can carry more people than a local bus while taking up less space than a rail line,â€ Bowring says. “However, a strong public transportation network includes multiple modes such as rail, local bus, express bus, bike-share, sidewalks and BRT, all working together to maximize options and efficiency.â€