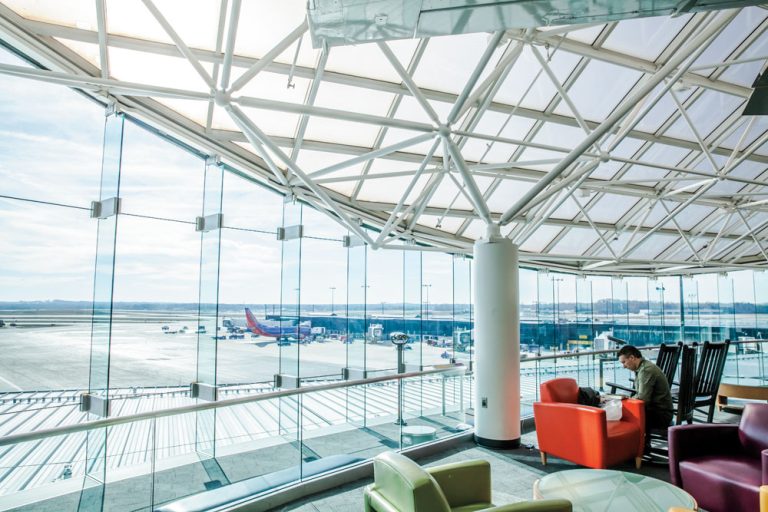 Nestled next to the nation’s capital, the county has efficient highway, rail and airport access for those traveling in Washington, D.C. or on their way to any U.S. or global destination.

Interstate 270 provides easy access for travelers and there are quick connections to Interstates 70 and 95, which connect to major East Coast and Midwest markets.

The center of the county is about a 40-mile drive to the deep-water Port of Baltimore, a major East Coast shipping destination.

Montgomery County includes 27 stops on the Metrorail Red Line, operated by the Washington Metropolitan Transportation Authority. It is also served by the Maryland Area Regional Commuter (MARC) train and Amtrak. The county has three stops along MARC’s rail route that travels from West Virginia to Union Station in Washington.

Major commercial airports, Reagan National, Baltimore Washington Thurgood Marshall International and Dulles International, connect business and vacation travelers from across the globe to the county, which is only minutes away from all three airports.

The airpark is centrally located in the county and is the closest jetport to the Washington, D.C. area. Managed by the Montgomery County Revenue Authority, the airpark has an estimated 60,000 operations (takeoffs and landings) annually on its 4,200-foot runway.

The airpark, which is located about three miles northeast of Gaithersburg, serves as a major reliever airport, diverting general aviation activity from the three large commercial airports nearby.

“The airpark is a community asset in more ways than one,” says Miller, who explains that it is centrally located in the region and serves as a base for philanthropic activities, a flight school and other job-creating activities. An estimated 290 jobs are linked to the airpark, which generates more than $11.8 million in business revenue annually.

The airpark is undergoing some extensive improvements of its parallel taxiway with completion scheduled in 2018. A major renovation of its terminal was completed in 2016.

With the three major commercial airports in the region, travelers have access to anywhere around the globe. Large renovations have been completed, with some still underway, and major air carriers are adding flights continually.

How Cybersecurity Became One of Montgomery County, MD’s Hottest Industries

Montgomery County officials are also making plans for a 14-mile Bus Rapid Transit (BRT) line. The fast, efficient line is expected to be operational by 2020 and is being hailed as a step forward in meeting the future transportation needs of the county.

State and county officials are also completing projects to improve highway suggestion and enhance access to the communities.