Skip to content
Home > ME > Bangor > Love Where You Live > Are These the Funniest Cops on Facebook? 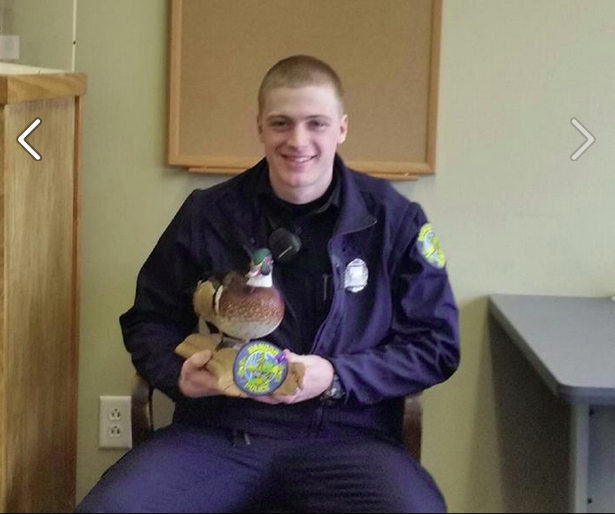 Let’s face it. Most of our interactions with police don’t end in chuckles, let alone a good laugh. That’s not to say cops don’t have senses of humor. It’s just a rare side of those dedicated to protecting and serving that many of us get to witness.

Take for example a recent post on the Bangor Maine Police Department’s Facebook page, which included a picture of a snowmobile hanging out of the back of a Subaru in a snow-covered Walmart parking lot. The department asked the owner of the vehicle to come by and “tell me a story of this adventure,” with the promise that they’d receive a free “new or like new” t-shirt. That post was seen by more than half a million people. Many commenters suggested that the department was trying to bait the vehicle owner into getting a ticket. But a day later the department posted a conclusion to this mystery, along with more photos. Turns out the driver was just helping a friend get his snowmobile home and yes, he showed up to the police station and got a t-shirt. The department told people who thought they were being mean to “lighten up.”

“For those of you that responded that we were trying to bait Jon in to give him a ticket. You are wrong,” the post read. “Does Bangor P.D. think this is the best way to carry a snowmobile? No. Did is work for Jon? Yes.”

The new post included even more photos of snowmobiles being carried by cars, including one sticking out of a trunk and another on top of an SUV.

“Would you haul your friend’s snowmobile in the back of our car? If you say, no, then you might not be from Maine,” the department wrote. “The men and women of the Bangor Police Department will be here. Sometimes, it is ok to have a laugh.”

A deeper look through the department’s Facebook page reveals even more funny posts. One quickly gets the sense that the Bangor Police Department, and perhaps the city of Bangor, has a great sense of humor. Although Bangor has a population of just over 33,000 people, the department’s Facebook page has nearly 45,000 likes. Sgt. Tim Cotton, the man who writes most of the posts, told NPR “I just started writing it the way I wanted to read it.” Cotton said officers are encouraged to take “cop car selfies” and several have posed with a stuff mallard duck that the department has turned into a mascot and calls the Duck of Justice.

“We just call it the DOJ,” Cotton said.

He admits that the Facebook posts may see a bit whimsical but says the department makes sure all the important details of the day are there and officers are being promoted. “If this makes it work better or makes them feel like they can approach us easily then obviously it’s been a success,” Cotton told NPR.