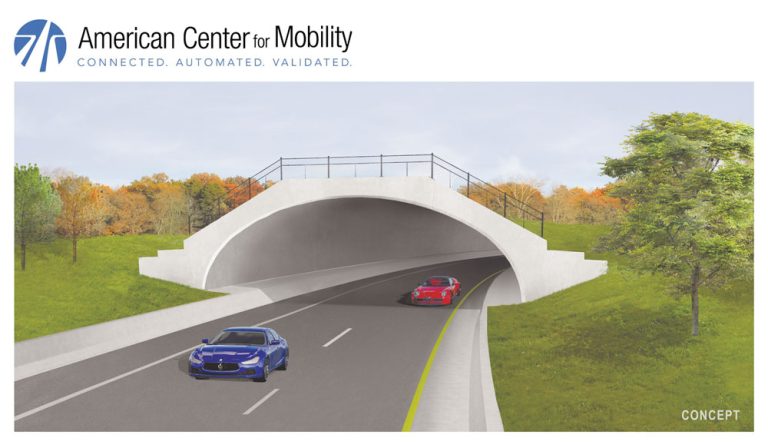 The future of mobility is being shaped in the Ann Arbor region, where an impressive collection of private industry and academic research assets is on the lead lap in improving connectivity, safety and the environment.

“Not only do you have the Big Three … you basically have every other OEM with some type of presence in the Ann Arbor region,” says Phil Santer, vice president of business development for Ann Arbor SPARK, the region’s lead economic development organization.

The region is a hub for research and testing for cutting-edge connected and autonomous vehicle (CAV) technology. Ann Arbor is at the center of the Smart Corridor, a planned 120-mile loop in Southeast Michigan created to test methods for vehicles to communicate with the infrastructure and with other vehicles.

On a 335-acre site in Ypsilanti Township where Henry Ford made B-24 bombers during World War II, the American Center for Mobility is taking shape, an automotive testing and product development site that will help make advanced vehicles safer.

A joint initiative among the State of Michigan, including the Michigan Department of Transportation and Michigan Economic Development Corporation, the University of Michigan, Business Leaders for Michigan and Ann Arbor SPARK, the center is expected to play a key role in the region’s economic development.

The center also will serve as an R&D facility that will allow companies to lease office and research space, garages and other amenities, expanding the region’s automotive technology incubation and acceleration capabilities.

The center joins an impressive roster of automotive research assets. The Toyota Technical Center and GM’s Milford Proving Grounds are in the region, and Hyundai, Subaru and Mercedes- Benz maintain research operations there.

The University of Michigan plays a central role in the region’s Automotive and Mobility sector, providing technology and engineering talent, housing research assets such as the U-M Transportation Research Institute and developing Mcity, the world’s first facility specifically built for testing advanced mobility vehicles in a controlled environment before trying them out in real traffic.

With more than 16 acres of roads and traffic infrastructure, Mcity simulates the range of complexities vehicles encounter.

U-M expects Mcity to be a catalyst for further automotive sector growth through such efforts as its TechLab incubator, where early- stage mobility companies come to work with U-M undergraduate engineering students to solve real-world problems.

Mcity, which opened in 2015, encourages investment by more mature companies. After partnering with U M, work at Ford France-based autonomous vehicle pioneer NAVYA chose Saline for its first assembly plant outside Europe.

NAVYA’s AUTONOM driverless, connected and electric shuttles will be used on U-M’s North Campus as part of research efforts to learn more about consumer reactions to automated vehicles.

“As the greater Ann Arbor area continues to establish itself as a hub for autonomous vehicle development, we feel it’s the perfect location for us,” says NAVYA CEO Christophe Sapet.

May Mobility, a year- old startup, has been testing its autonomous vehicle technology on the streets of downtown Detroit. The company licenses technology developed at U-M’s APRIL lab (Autonomy, Perception, Robotics, Interfaces and Learning), where May Mobility CEO Edwin Olson works.

“The combination of some of the best technical minds coming out of the university and some of the most experienced people from auto is crucial to our ability to solve transportation problems with autonomous vehicles,” spokesperson Martha Shaughnessy says. 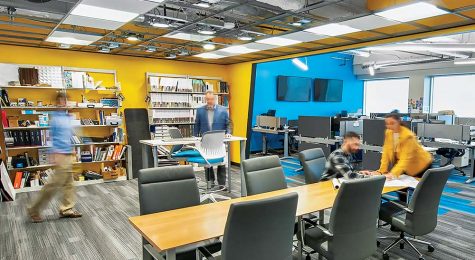