Why Are Companies Flocking to Ann Arbor, MI? 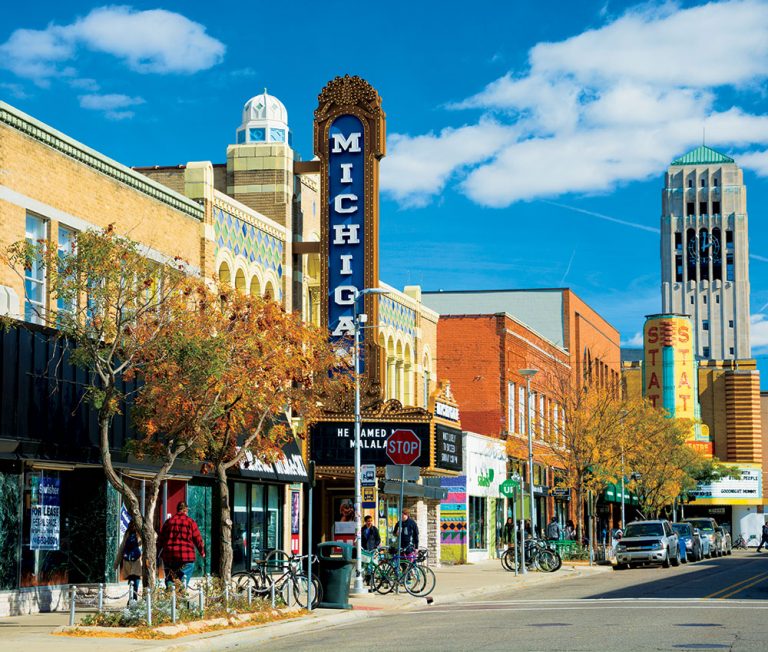 When global electronics company KLA was considering a second U.S. headquarters, it hired a consulting firm to assist with that search. The company considered 390 locations. One place stood out – Ann Arbor.

The California-based semiconductor manufacturer joined other businesses attracted by the Ann Arbor region’s world-class education and research assets, including the flagship campus of the University of Michigan (U-M).

“We did a very thoughtful analysis looking at cost of living, cost of labor, talent pipeline for engineering — all sorts of different factors. Quality of life is a really important factor,” says KLA Senior Director John McLaughlin, an Ann Arbor native and U-M alumnus.

KLA says it is creating Silicon Valley-type careers at its new Ann Arbor facility, where it is investing $70 million and expects to create up to 600 jobs. KLA’s physicists, engineers, data scientists and others provide advanced process-control and process-enabling solutions for manufacturing wafers and reticles, circuits, packaging, printed circuit boards and flat panel displays.

A Wealth of Talent in Ann Arbor

German multinational chemical firm Wacker Chemie selected the region for its North American Innovation Center and regional headquarters. The $51 million facility will house 300 employees, including those in Wacker’s Adrian headquarters, and 70 new high-paying jobs will be created within the next five years. Two-thirds of the Adrian employees will remain to produce elastomers, silicone fluids and silicone emulsions.

Wacker was attracted by the region’s skilled talent. The company has had a presence in Ann Arbor since 2017 when it established a research and product development center.

“Our new facility will enable future growth and serve as an important anchor for our operations across North America,” says David Wilhoit, president and CEO of Wacker Chemical Corporation. “This area is one of the nation’s leading communities for R&D. We look forward to networking with, and recruiting from, this highly educated and skilled talent base.”

Ann Arbor Is Driving the Future

This Michigan city has taken the lead lap in autonomous vehicle development.

Ann Arbor has a robust tech ecosystem that provides support for growing businesses. Compared to other tech hubs, the cost of living in Ann Arbor is low, and there’s an abundance of talent coming out of programs at U-M, Eastern Michigan University and Washtenaw Community College, says Paul Krutko, president and CEO of Ann Arbor SPARK, the region’s lead economic development organization.

An Economy on the Move

Even during the pandemic, the region continued its economic momentum, attracting and retaining 13 successful projects resulting in $80 million in new investment commitments and 700 announced jobs. Assistance was provided to 267 startups that employ more than 650 people, and support was given to 50 startups created in 2020.

“Ann Arbor often surprises people who have never previously visited,” Krutko says. “From an employer’s perspective, the University of Michigan is an enormous asset — along with the other academic institutions here — as a community resource and a pipeline for exceptional talent. The region itself also helps to attract people looking for a higher quality of life compared to coastal communities.”

Companies thrive here, thanks to great investments, talent and resources.

Businesses of all kinds are thriving in the region. Construction Helicopters Inc., a global provider of heavy-lift helicopter services, chose to expand in Howell Township. The company does business as CHI Aviation. The project is expected to generate private investment of $4.55 million and create 60 jobs over a three-year period. Those jobs pay about $45 per hour.

May Mobility is expanding in Ann Arbor and announced the creation of up to 100 high-paying jobs. The company, with headquarters in Ann Arbor, is a global developer of autonomous shuttles and operates in several U.S. cities.

It’s no surprise so many diverse businesses are choosing Ann Arbor. “While the cost of living is less than other tech hubs, the numerous amenities packed into the region make it very competitive,” Krutko says. “In addition to our vibrant downtown with world-class restaurants, the people here prioritize maintaining the lush green spaces, which provide countless recreational activities. Ann Arbor and its surrounding communities are also known for excellent schools — making the region very attractive to growing families.”

Meet the founders of this telemedicine company, Lisa McLaughlin and Robin McIntosh.