Diversity and Affordability Draw Residents to the Muskegon Lakeshore

From waterfront views to downtown living, residents share why they love their neighborhoods 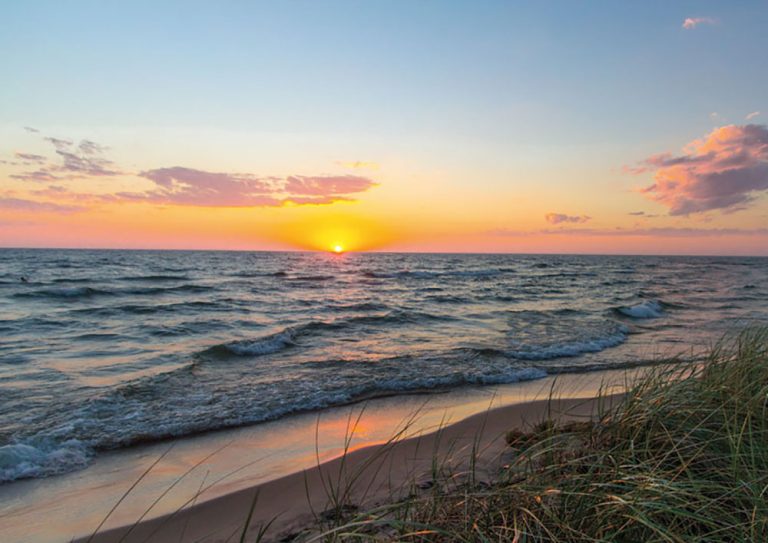 With 27 inland lakes, 26 miles of Lake Michigan waterfront, 400 miles of rivers, and miles of woods and dunes, living in Muskegon Lakeshore offers a lifestyle that is Pure Michigan. But what makes it so great is the diversity and affordability of residential options. Whether you live near the beach, in the country, in a suburban neighborhood, or in the heart of the city, you’re part of a vibrant waterfront community where everyone is welcome.

Beachside dweller Marc Hoeksema grew up in Norton Shores just a few miles from where he now lives. He says his current home had long been a favorite, so he was thrilled to buy it when it went on the market. He chose a place that reflects his personal value for nature and open areas.

“Muskegon offers a relatively affordable area to live within a close proximity to the lakeshore,” Hoeksema says. “It’s very important to keep natural areas, so our lakeshore doesn’t become too urban.”

But for those who prefer to be in the heart of urban activity, there are options for that, too.

in the county, the cost is considerably less expensive than downtown lofts in other cities outside the region. Maintaining and offering even more affordable options is something important to her, she adds.

“A strong community is a diverse community. It’s important to keep our downtown diverse, not only racially and culturally, but financially as well,” Jones says.

That is definitely happening in the historical Nelson Neighborhood near downtown Muskegon, says resident Michael Ramsey.

“My neighborhood is an area that is very representative of Muskegon as a whole: People from all walks of life and diverse cultures make it wonderful,” Ramsey says. “The recent growth within our city is really being molded to include the community as a whole — it’s about reinforcing what is already here, introducing new opportunities, and growing together as a community. Muskegon is about bridging the past with our exciting future — that we want to move forward as a community, for our community. It’s about maintaining and establishing relationships with our current neighbors while making sure there’s room at the table for anyone who wants to join in.”

Those looking for a more traditional neighborhood lifestyle also have plenty of options. Ketan Patel and his family live in Norton Shores on Boulder Drive in one of the region’s larger neighborhoods, where he’s observed that buying seems to be a good investment.

And of course there are options for those who want wide open spaces. Katie Swanson grew up in Ravenna, a village of about 1,200 people. She left for several years but “boomeranged” in 2013 and says she’s not planning on leaving again. The tight-knit community, affordability (good value homes, relatively low property taxes) and increasing modern amenities are all top advantages.

“Country living has changed in the past few years in that internet access and quality has increased immensely, particularly if you’re near the village. There may be slightly more houses now, but overall the population seems about the same — less kids per household, particularly in certain areas closer to the village,” Swanson says.