Live, work and play in this lakeside city’s downtown district 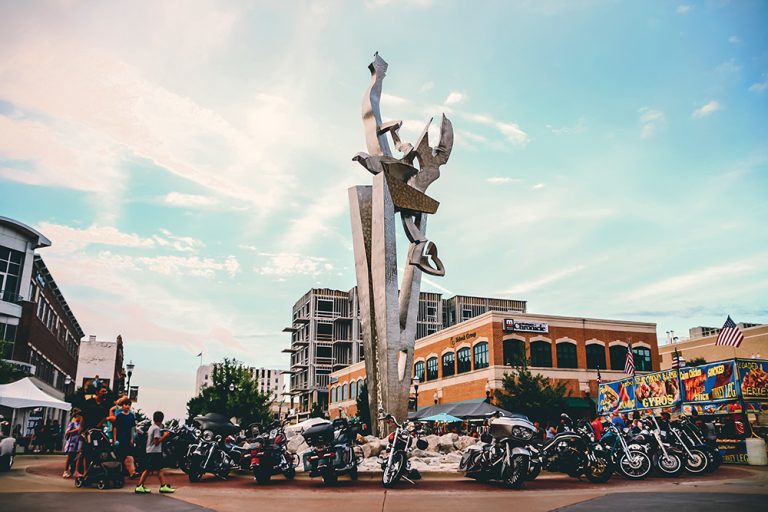 From the downtown district to the shore, Muskegon is known for sunny days on the water, spectacular fall colors and Olympic-style winter recreation.

Muskegon native Kathleen Riegler, otherwise known as The Cheese Lady and founder of the popular Michigan-based gourmet shops, was an early proponent of living, working and playing downtown.

She has witnessed a renaissance as new restaurants, breweries, shops and residential units begin to open their doors. “The cool thing about being downtown is watching everything change,” Riegler says.

Dave Alexander, business development manager for the City of Muskegon, says the city’s rich heritage is on display at a number of educational sites.

The Lakeshore Museum Center features several components with the main museum covering 400 million years of history. The Hackley & Hume Historic Site showcase the lifestyle of two early Muskegon lumber barons, while the Scolnik House depicts what life was like for families during the Great Depression.

“We have a world-class art museum, history museum and industrial museum that are quite fantastic,” Riegler adds.

Additionally, the Muskegon Heritage Museum offers insight on the area’s industrial heritage, while the nearby Frauenthal Center is a celebration of the arts with live concerts, theatrical performances and art installations.

Alexander says maritime attractions bring naval history to life on the beach, including both the USS Silversides and the USS LST 393.

“The USS Silversides is the most decorated World War II submarine still able to be seen,” he notes.

The Outdoors Is Calling

“In the summer, it’s all about the water – whether you are looking at it, on it, or in it,” Alexander says of the swimming, sunning, paddleboarding and boating that takes place there. Bike riding is another popular activity with paths connecting the downtown’s Lake Muskegon to the beach at Lake Michigan.

The downtown’s farmers’ market is a hub of year-round activity with nearly 150 vendors and about 12,000 people on Saturdays during the summer.

Muskegon‘s cuisine scene runs the range of styles and flavors. “We have fine dining restaurants with phenomenal views, and we also have everything from barbecue to street tacos,” Alexander says. “Muskegon is known for its independent restaurants.”

Learn more at City of Muskegon.