Traverse City was named our 2016 Best Small Town in America. Here's why you should consider calling it home. 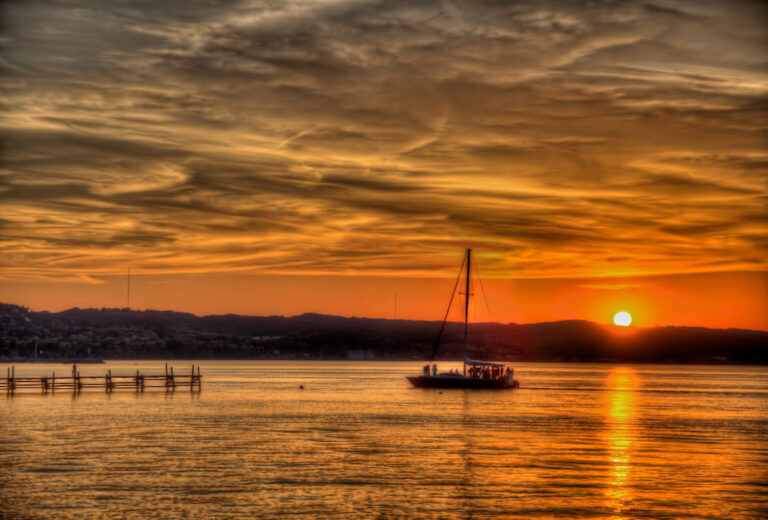 With its freshwater beaches, sprawling vineyards and breathtaking views of Lake Michigan, Traverse City, MI, is one of the country’s most popular summer tourism destinations (and it’s no surprise it was named the Best Small Town in America 2016). But this town proves year-round why it’s one of the best in America, and why tourists have a bevy of reasons to move to the Wolverine State.

Best Places to Live in Michigan

For one thing, Traverse City offers residents plenty of places to play and enjoy a healthy, active lifestyle. The Sleeping Bear Dunes National Lakeshore, for example, offers a breathtaking symphony of water, sky and towering sand dunes on the Lake Michigan shoreline. Without a doubt, Sleeping Bear is one of the country’s most beautiful landscapes with its 64-mile curve of beaches, coves, islands and hills along the west coast of the Leelanau Peninsula. The dunes offer a host of activities for families – from biking along the Sleeping Bear Heritage Trail, hiking up and down the sand dunes along the Cottonwood Trail or walking/jogging the Traverse Area Recreational Trail, a 10-mile paved, non-motorized trail that runs from one end of Traverse City to the other past beaches and railyards, neighborhoods, forests and wetlands.

Traverse City boasts a network of paved trails that provide year-round recreational access. Locals are also privy to some of the best out-of-the-way beaches, such as Haserot Beach or the beaches at Traverse City State Park.

“There are hundreds of square miles of state and national forests, dozens of nature preserves and wildlife refuges for hiking, cycling and beachcombing,” said Michael Norton, Media Relations Director for the Traverse City Convention & Visitors Bureau. “There’s probably no single place in the Midwest that evokes the spirit and magic of ‘Up North’ quite as perfectly as Traverse City. For more than 150 years, this area has been celebrated for its clear lakes and streams, verdant forests, miles of golden beaches and magnificent scenery, and it remains a remarkably outdoor-oriented community whose unique scenic and environmental features are fiercely protected by residents who know how fortunate they are to live in such a splendid place.”

2. The Cherries and the Grapes

While a large part of the town’s economy is based on tourism, Traverse City is still an agricultural town. The Traverse City area is the country’s largest producer of tart cherries, harvesting 360,000,000 pounds of the fruit annually. Each July, the town celebrates the cherry harvest with the weeklong National Cherry Festival, complete with fireworks, a parade, live music and pie eating contests.

The town’s location near the 45th parallel also makes it ideal for growing grapes, and there are more than 50 wineries in the Old Mission Peninsula wine region, of which Traverse City is a part. In May, the wineries celebrate spring during Blossom Days and invite residents and visitors in to taste the newest vintages. The area’s wineries consistently bring home awards from regional, national and international competitions.

Traverse City also boasts a thriving craft brewing scene, with 18 microbreweries, not to mention the brew pubs and craftbrew taprooms. As a result, Livability named Traverse City one of the 99 Best Beer Cities in 2015.

Traverse City was named one of Livability’s 10 Best Foodie Cities in 2014 and for good reason. The town’s thriving culinary scene is an eclectic mix of traditional American fare, arm-to-table favorites and ethnic eateries. The Cooks’ House sources from local farms, culinary artisans and wineries for its menu, while the quaint bistro Chez Peres serves up flaky croissants and crepes filled with seasonal fruits and vegetables. But locals know one of the best places to get fresh, authentic local food is the Roaming Harvest food truck.

“Traverse City is a great place to indulge the appetite, too. Our restaurants feature a growing cadre of talented and original chefs and some of the best locally-produced wines and craft brews being made in this part of the world. Top chef Mario Batali is a big fan of our food scene – he even bought a house nearby,” Norton said.

4. A Higher Quality of Life

Another of the town’s quality of life amenities is the diversity in housing and neighborhood options.

Whether you choose to buy a condo in the Downtown District along the bay with its mix of cultural, shopping  and dining options or a Victorian in the historic Grand Traverse Commons, you’re sure to find friendly neighbors, good schools and access to parks and other quality-of-life conveniences. The Village at Grand Traverse Commons, for example preserves the Victorian, castle-like buildings of the town’s former  mental asylum in a 480-acre wooded park that is now a favorite place for hikers and cyclists. The Village is also the center of an ambitious historical redevelopment where former hospital buildings are being turned into restaurants, shops, galleries and apartments.

Traverse City Area Public Schools is the largest school district in northwestern Michigan and is consistently ranked as one of the top districts in the state. The system serves some 10,000 students in Grand Traverse, Benzie and Leelanau counties and includes three nationally ranked high schools. The school system also boasts an award-winning music and performance arts program, provides students with an international education, introducing them to world languages such as Mandarin Chinese and gives families options such as preschool and Montessori programs and Early College and Dual Enrollment to allow high schoolers to earn college credit.