State and local officials have embarked on a concerted effort to have broadband internet access available border-to-border in Minnesota. 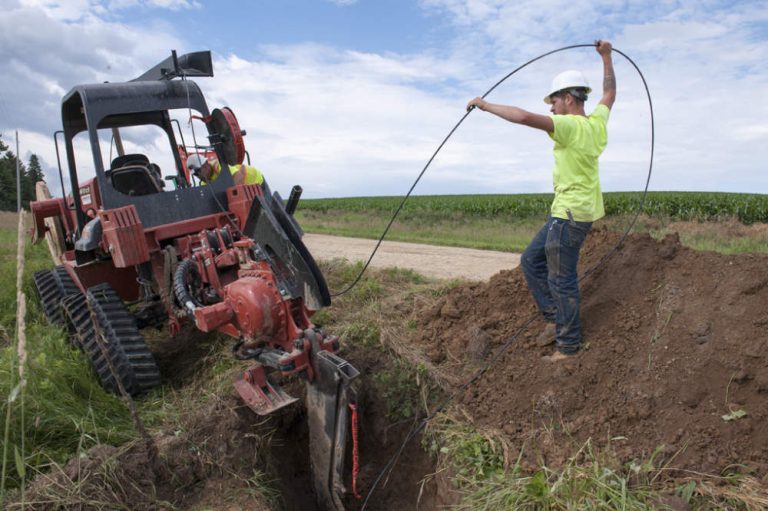 It pays to have connections, and in Minnesota it pays dividends to invest in them.

Minnesota has made the commitment to have every corner of the state – urban, suburban and rural – connected to high-speed broadband service, opening rural areas to increased economic development opportunities, allowing remote access to medical providers, giving students access to online research and college opportunities, and making communities safer.

The Border-to-Border Broadband Development Grant Program helps fund the build-out of infrastructure to promote the expansion of broadband service to areas of Minnesota that are unserved or underserved.

The state legislature in 2016 approved $35 million for the Border-to-Border Broadband Infrastructure grant program. From previous years of state funding for the grant program, 31 broadband expansion programs were underway in rural areas across the state in 2016, which is expected to add high-speed internet service to 10,000 additional households and businesses in Minnesota.

Learn more about innovation in Minnesota

The latest funding will add another 30 to 45 projects. MacKenzie says that broadband internet is not just a nice thing to have in rural communities, but a necessity in order for local development, innovation and entrepreneurship to thrive.

“We are ensuring these rural communities have the basic infrastructure to connect to the 21st-century economy,” she says.

Expanded broadband is expected to attract companies to rural areas as well as retain those that might otherwise think of leaving. MacKenzie says the presence of broadband has also sparked many small companies to create and expand their businesses as well as remain in their rural community.

One example is Edie Ramstad, owner of Weave Got Maille, a company based in Norman County that sells jewelry supplies. Located in the western part of Minnesota near the North Dakota border, Norman County is home to just 6,800 residents. Ramstad, who lives in Ada, says she never would have been able to sell in 56 different countries without broadband access.

Swift County, a community of about 11,000 residents in west-central Minnesota, has benefited from the broadband program. Federated Telephone Co. received a $4.95 million grant to build out the fiber infrastructure in the county. When construction is completed, more than 1,000 households, businesses and community institutions will receive high-speed internet service.

“This gives us great possibilities for businesses, as well as those who work at home,” says Jennifer Frost, executive director of the Swift County Rural Development Authority. “The internet is not a luxury, but an infrastructure necessity.”

Read more about the business climate in Minnesota

Frost says farmers in the county will have easier access to technology, rather than having to leave their farms to gain access to information for their business, and more students can take online college courses and stay close to home.

Paul Bunyan Communications joined forces with the Itasca Economic Development Corp. (IEDC) and others to build out broadband infrastructure across Itasca County, a community of about 45,000 people in northern Minnesota. More than 1,200 households, businesses and community organizations are expected to benefit from this expansion. The $5 million project with Paul Bunyan Communications is one example of the many cooperative broadband efforts taking place across Minnesota. About $1.9 million comes from the state through the broadband grant program.

“This is the perfect example of state and local government and business working together to get something done for the benefit of the entire community,” says Mark Zimmerman, IEDC president and CEO. “At the end of the day, I firmly believe that broadband and economic development are directly related. It levels the playing field for those who want to work at home. The potential of it is tremendous.”