Skip to content
Home > MN > Education, Careers & Opportunity > How Minnesota has One of the Best Transportation Networks in the Nation

Discover how the Port of Duluth-Superior and access to the Mississippi River make Minnesota's transportation system a leader. 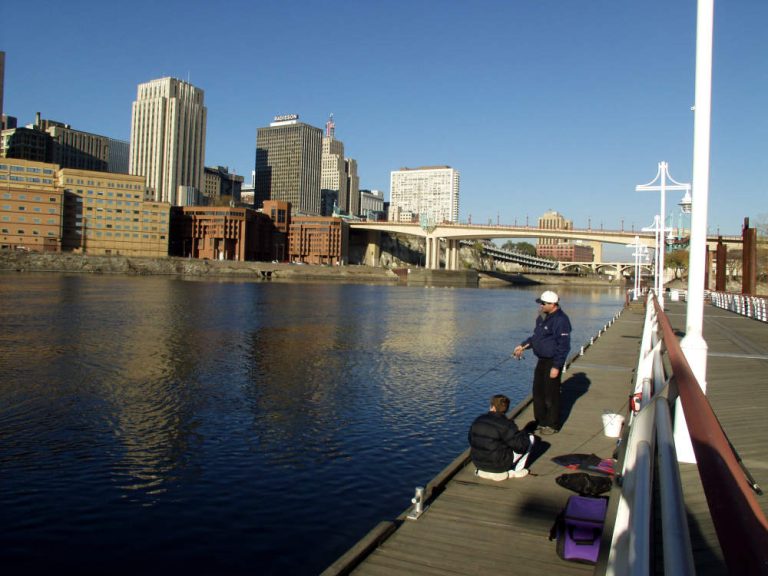 By road, rail, air or water, Minnesota can move the goods. The state offers an integrated network of waterways, highways and rail that connects it to major markets in the U.S. and the world.

A key advantage is access to an inland waterway system and the busiest port on the Great Lakes. Four ports on Lake Superior and five ports along the Mississippi River help distinguish Minnesota as one of the top states for transportation infrastructure.

CNBC rated Minnesota in the top 10 for infrastructure in its 2015 America’s Top States for Business (on which Minnesota ranked first overall), with water playing a big part in that ranking. Duluth-Superior is the most active port on the Great Lakes for shipping raw materials and products to and from the Atlantic Ocean, and Duluth is a big reason why Minnesota annually exports more than $20 billion in goods to overseas markets.

Meanwhile, 222 miles of the Mississippi River line the North Star State, and one of the major river ports on the mighty Mississippi is St. Paul, where the St. Paul Port Authority manages four major terminals and 21 business centers.

“We are basically the landlord for 555 companies that lease river space from us in our terminals and business centers, and those companies employ more than 24,000 people,” says Lee Krueger, CEO of the St. Paul Port Authority. “A lot of barge traffic occurs up and down the Mississippi River at points between St. Paul and New Orleans, dealing with commodities like grain, scrap iron, fertilizer, cement, salt, steel, coal, sand and asphalt.”

Krueger says the nine ports in Minnesota are ideal for companies that specialize in transporting a large amount of goods.

“Each fully loaded barge on the Mississippi River or Lake Superior is equivalent to 60 to 70 tractor trailer truckloads on the highways,” he says. “Bottom line: A barge filled with grain headed to New Orleans, for example, is the most efficient way to get tons of product moved at one time.”

“Our roads, railroads and airports rarely close even during winter months, and we always rank in the top third of the country for quality transportation because of the investments made in infrastructure,” says Jeff Rossate, executive director of the Office of Business Development for the Minnesota Department of Employment and Economic Development (DEED). “Investments are made often across the state, since transportation and logistics are key sectors of our economy.”

Major interstates like Interstate 35 and I-94 pass through the Minneapolis-St. Paul metroplex, while I-90 runs east-west along the southern part of the state. Because of that easy access, major companies like Best Buy, General Mills, Hormel, Land O’Lakes and Target are all headquartered in Minnesota and operate large distribution centers.

Learn more about industries in Minnesota

Other companies choosing Minnesota include Total Quality Logistics, which opened an operation in Minneapolis in 2016. Amazon constructed an 820,000-square-foot warehouse complex in Shakopee that also debuted in 2016. Under construction in Shakopee for a 2017 opening is a new warehouse, distribution center, malt house and technical center for brewery and beverage malt producer Rahr Corp.

Four Class I rail carriers have a presence in Minnesota. The state hosts 4,444 route miles of track, serviced by 21 railroad companies, and most of the 25 rail corridors within the state go through Minneapolis-St. Paul or Duluth.

“Minneapolis-St. Paul International is one of the top airports in America for reliability, cost and ease of movement,” Rossate says. “Plus the airport frequently adds new routes.”

“There are many reasons why this state offers an attractive location and sound infrastructure for transportation and logistics companies,” Rossate says. “Corporations and small firms would be wise to choose Minnesota for doing business.”