Minnesota's research technology, health-care, education and logistics assets helped made it No. 1 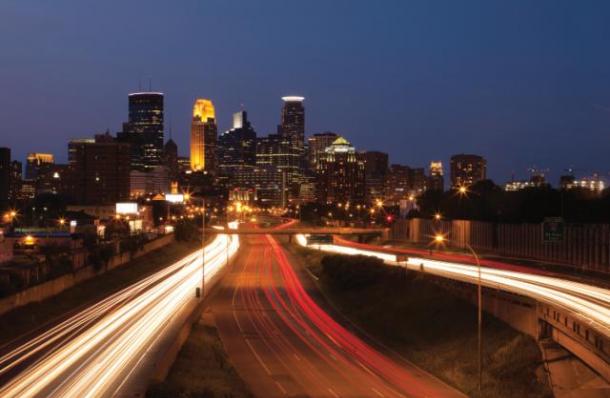 Home to 17 Fortune 500 companies, including such globally known powerhouses as 3M, General Mills, UnitedHealth Group, Target and U.S. Bancorp, Minnesota has a well-earned reputation as a corporate headquarters hub.

Kevin McKinnon, deputy commissioner of the Minnesota Department of Employment and Economic Development (DEED), says the fact that so many companies choose a Minnesota address is no accident.

“Access to viable infrastructure, a highly educated workforce, and a supply chain that offers interconnected services and products all add up to a strong competitive advantage,” McKinnon says.

Diving Into The Talent Pool

Minnesota recently ranked third in the nation for labor force participation (70.3 percent). Also, more than a third of adults over age 25 hold a bachelor’s degree or higher, ranking the state 11th nationwide in 2014. Minnesota’s eighth graders rank in the top 10 nationally in reading, math and science test scores. Minnesota’s educated workforce and high labor participation rate helped propel Minnesota to the No. 1 slot in CNBC’s America’s Top States for Business rankings in 2015.

“Continued investments in our education system have proven to be a competitive advantage for our state, as it supports a highly educated, productive and sought-after workforce,” McKinnon says. “For decades, Minnesota has made deliberate steps toward strengthening the state’s workforce, which allows us to offer companies a broad talent base with extensive experience.”

Companies like The Nerdery, a Minneapolis-based custom software design and development firm, are also investing in workforce development in innovative ways to ensure there are workers with the skills needed for the high-tech job market.

The firm partnered with several other companies to launch Prime Digital Academy, a hands-on school for software engineers and Web developers. “We’re reaching an age where nearly every company needs tech talent, to some degree,” says Mark Malmberg, communication director and co-president of The Nerdery. “So in that sense, every company is a tech company. We used to compete for talent only with other software companies – but now nearly everyone needs software engineers.”

Another reason Minnesota has managed to stay ahead of the economic curve, says McKinnon, is that health, food and water solutions are driving the global economy – and Minnesota is a leader in all three areas.

“Minnesota has the unique position of being home to Mayo Clinic, a world-renowned hospital and medical research facility. Additionally, our health systems across the state, including the University of Minnesota, play a key role in defining new prevention methods, treatments and cures, making Minnesota a global destination for health-care services,” McKinnon says.

In response, London-based Smiths Medical, a global leader in the design, manufacture and distribution of medical devices, moved its North American headquarters to Plymouth, Minn., with plans to expand, and the Belgian company Celyad (formerly Cardio3 BioSciences) announced plans to open an 11,000-square-foot manufacturing plant in Rochester, Minn. – the company’s first U.S. facility.

Minnesota is also on the leading edge of biotechnology. For example, Segetis, which began as a startup in Golden Valley, Minn., is a technology-enabled green chemistry company using forestry and agricultural biomass as feedstock to produce versatile chemical building blocks.

The company has committed to building a commercial renewable chemicals plant in Minnesota’s wood-rich Iron Range.

Minnesota is a leader in water technology – in 2014, the state ranked eighth in the nation for foreign sales of water and wastewater treatment technology, as defined by the U.S. Department of Commerce.

But water also plays a key role in the state’s enviable quality of life. Minnesota ranked third in the nation for quality of life on CNBC’s 2015 America’s Top States for Business. The business network included parks and recreation, as well as environmental quality, in its criteria.

Minnesota, says McKinnon, is a state “that values arts, culture, and our lakes and forests. We know these aspects of our state are important not only for the retention of our population and talent base, but also very helpful when employers are recruiting to bring people to the state.”