Minnesota produces everything from airplanes and recreational vehicles to food products 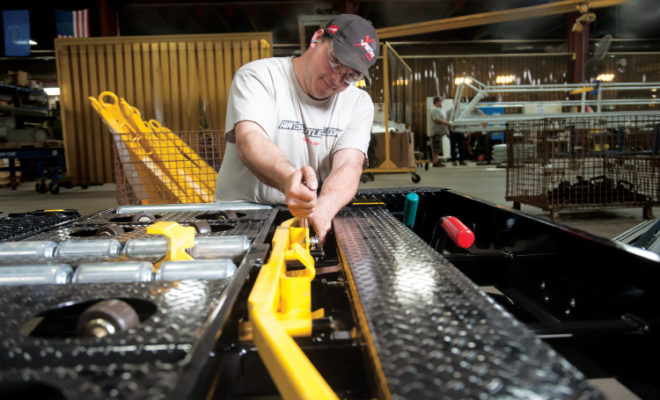 Manufacturing also creates growing economic opportunities across the state. The sector, which boasts some of the world’s best-known companies, including 3M, General Mills, Hormel, Cirrus, Polaris, Arctic Cat, Emerson, Honeywell and Andersen, employs more than 317,200 workers, a number equal to 11 percent of the state’s total workforce. Manufacturing contributed $48.2 billion to the state’s GDP in 2015, according to the U.S. Bureau of Economic Analysis.

With its ample supply of skilled, productive workers and comprehensive infrastructure, Minnesota is the business address of choice for manufacturers, such as Cirrus Aircraft, which manufactures light aircraft in Duluth, and Andersen, the country’s largest window and door manufacturer.

Andersen made the decision to invest more than $45 million in facilities and equipment as part of a major expansion in Cottage Grove and North Branch, Minn. The expansion will create several hundred new jobs.

“While we had many options on where to locate this production facility, there were compelling business reasons to expand in our home state of Minnesota. The support we received from the state made a difference and is greatly appreciated,” says Jay Lund, chairman, CEO and president of the company.

For example, when Life Fitness, an exercise equipment manufacturer, announced plans to expand its factory in Owatonna by 150,000 square feet, the company was awarded an $850,000 Job Creation Fund grant for the project, which will create 110 jobs.

Minnesota’s highly skilled workforce is a major asset, and a number of innovative programs ensure a supply of manufacturing workers.

One is 360, a manufacturing-based center of excellence. This consortium of 15 institutions is led by Bemidji State University and includes 14 other technical and community colleges. It runs Dream It. Do It. Minnesota, a collaborative effort with manufacturers that helps attract youth and others to careers in manufacturing.

“By leading Dream It. Do It. Minnesota, and working with partners across the state, the 360 Manufacturing Center of Excellence is changing the perception of manufacturing by reaching out to youth and their influencers,” says Jessica Gehrke, communications specialist for Bemidji State.

That includes providing resources for educators and manufacturers, leading the Statewide Tour of Manufacturing in Minnesota and developing a game app called Build It Better! Since it began a decade ago, 360 has reached more than 64,700 middle school and high school students, teachers, parents and adults with pro-manufacturing industry and career information, says Gehrke.

In addition, 360 developed 360 eTECH, an online and hands-on educational program through its partner colleges. It is offered to workers, college students and high school students. More than 1,600 individuals have been educated through the curriculum.

Through its partner colleges, 360 offers a Seamless Career Pathway, providing a way for students to see what levels of education are needed for different careers and career paths. 360 also offers a career ladder, where students can “stop in” and “stop out,” gaining a certificate, diploma and associate’s degree before transferring credits to Bemidji State University for a bachelor’s degree, says Gehrke.

For companies like WASP Inc., Minnesota is perfect. The company is the world’s largest manufacturer of non-powered ground support equipment for the airline and air cargo industry and a leading manufacturer of conveyors for the parcel delivery industry.

“Our continued growth allows us to better provide solutions for our customers around the globe, and it’s making a positive impact on the Midwestern communities where we live and work,” says Dane Anderson, FAST Global Solutions president and CEO.