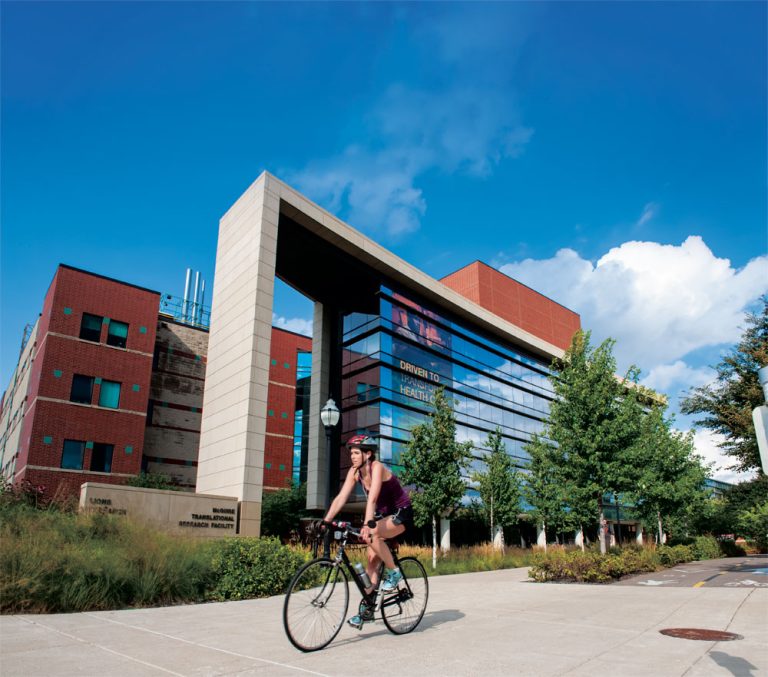 For entrepreneurial startups to enterprises with household names such as 3M, General Mills and Land O’ Lakes, Minnesota is the destination of choice. Here, businesses and state government are investing in the future and creating new economic opportunities across the state.

“With the number of world-class companies here, individuals and businesses have the opportunity to be part of a thriving ecosystem that develops talent and expertise and encourages innovation. This is reflected in our patent rankings and within the depth and breadth of our sci-tech workforce,” says Kevin McKinnon, deputy commissioner of the Minnesota Department of Employment and Economic Development (DEED).Home to 18 Fortune 500 companies and eight of the nation’s largest private companies, Minnesota is a global hub for business and for pioneering research and development across a broad range of industries, from agribusiness and manufacturing to bioscience and health care.

Assets including Mayo Clinic and the University of Minnesota help create a globally recognized ecosystem that attracts talent from around the world. Minnesota businesses, together with federal and state government, invest over $8 billion a year in research and development, according to the National Science Foundation.

Internationally acclaimed health care provider Mayo Clinic is the driving force behind Destination Medical Center (DMC), a unique, 20-year economic development initiative. The $6 billion project is designed to firmly position Rochester as a global destination for health and wellness while fostering collaboration and research that encourage the formation of new companies and spur great strides in the delivery of care.

Why Financial Services is Booming in Minnesota

DMC is expected to create more than 30,000 jobs while developing collaborative spaces like Discovery Square for innovation and intentional collisions among professionals. The design of this 16-block district, built in collaboration with Mayo Clinic, enables practitioners and educators to live and work alongside researchers and entrepreneurs.

Co-working spaces such as Collider and Mayo Clinic Business Accelerator offer facilities where entrepreneurs and freelancers can work and connect. The Accelerator, located close to Mayo Clinic, provides collaborative space as well as services to support new ventures.

DMC includes planning for multi-modal transit. One feature is City Loop, a bicycle route around downtown Rochester that links visitors, residents and workers to culture and entertainment and to natural settings, says Patrick Seeb, director of economic development and placemaking for the DMC Economic Development Authority.

“We are a city of 100,000 residents that welcomes 3 million visitors a year largely due to Mayo Clinic,” says Lisa Clarke, executive director of the Destination Medical Center Economic Development Agency. “The goal of the DMC initiative is to eventually welcome 6 million to 7 million people a year.”’

Entrepreneurship is Thriving in Minnesota – Here’s Why

Recent examples of investment and job creation include Digi-Key’s announcement of a major expansion in Thief River Falls. Digi-Key is one of the six largest electronics distribution companies in the country and one of the largest employers in rural Minnesota. The company announced it will construct a 1 million-square-foot manufacturing facility across the street from its headquarters in Thief River Falls and invest more than $200 million in an expansion that will create 1,000 jobs over the next 10 years.

Wabash National, which makes molded structural composites for select parts of the trailer and truck body market, announced the acquisition of the former Larson Boats manufacturing site in Little Falls. The company is investing $10 million and creating 70 new jobs in the next two years and more than 100 over the next five years. This is Wabash National’s first facility in Minnesota.

Uponor continues to expand its North American headquarters and manufacturing facilities in Apple Valley. The Finland-based company – which makes indoor climate, plumbing and infrastructure products – will invest another $17 million and increase the size of its campus by 58,000 square feet, and will create 66 more jobs. Since 2013, cumulatively, the company will have invested more than $50 million, added 300 jobs and more than 166,000 square feet to its Apple Valley campus. Further, Uponor is purchasing a 237,000-square-foot manufacturing plant in Hutchinson to meet growth in demand, and bringing to 13 the total number of expansions by Uponor in Minnesota since 1990.

“Since coming out of the recession in 2011, Minnesota has seen significant economic expansion. We’ve added 211,000 jobs, wages have increased by over 13 percent and real GDP is up 9 percent,” says DEED’s McKinnon. “We are striving to keep up the momentum.”