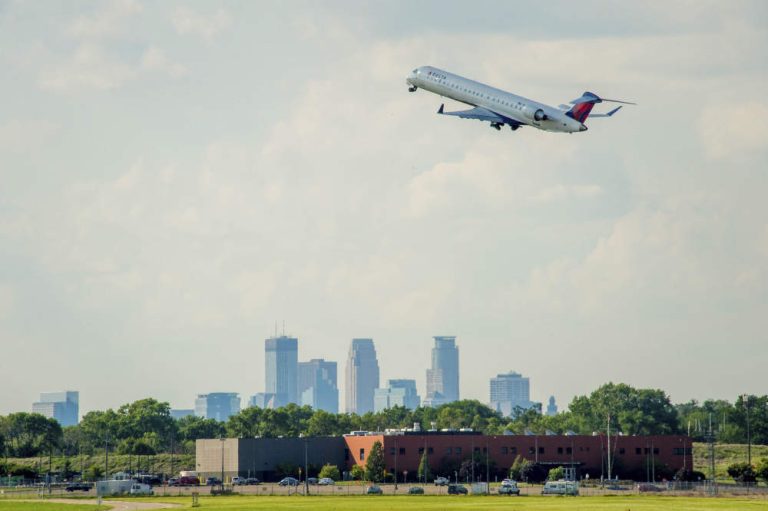 It helps to have connections, and Minnesota’s well-connected transportation system is a big reason why the state has a vibrant economy. The North Star State offers a number of significant transportation advantages that support its key industries such as advanced manufacturing and food production, and the logistical advantages also help open export markets for companies. Minnesota is a major exporter of electronics, machinery, transportation equipment and food, sending more than $21.4 billion in products annually to overseas markets in 2014. Bolstering the Minnesota economy are distribution and warehousing companies that have easy access to major transportation corridors. Interstates 35 and 94 pass through the Minneapolis-St.Paul metroplex, while I-90 runs east-west along the southern edge of Minnesota. Sales and usage taxes on motor vehicles help fund the state’s strong transportation system, with 60 percent of that revenue dedicated to roads while 40 percent goes to public transit.

Minnesota is also a major rail center, with 4,444 route miles of railroads serviced by about 20 railroad companies. There are 25 rail corridors in Minnesota, most of which go through Minneapolis-St. Paul or Duluth, and many of the state’s major industries like agriculture, manufacturing and energy rely on the rail system for efficient delivery of products. The largest commercial airport is Minneapolis-St. Paul International, which links to 114 domestic and 23 international markets and serves as a hub for Delta Air Lines and Sun Country Airlines. Other main service airports are Bemidji Regional, Brainerd Lakes Regional, Duluth International, International Falls Airport, Range Regional, Rochester International, St. Cloud Regional and Thief River Falls Regional. The water transportation industry is well afloat in Minnesota, which offers five Mississippi River ports and 222 miles of waterway lining the state’s eastern border. Minnesota also has four other ports on Lake Superior including Duluth-Superior, the most active port on the Great Lakes. Commodities shipped from Duluth-Superior include iron ore, low-sulfur coal from Wyoming, grain from farms in southern Minnesota and Iowa, and wind turbines from North Dakota.

“Some people in Minnesota don’t know we have an international seaport here in Duluth, but $1.5 billion in annual business revenue is directly linked to the port along with about 11,500 jobs and $545 million in annual wages,” says Jeff Borling, Duluth Seaway Port Authority director of industrial/economic development. The Port of Duluth-Superior ships many commodities to Europe, offering a two-week sailing time to European markets. From Duluth, it takes a week to navigate the St. Lawrence Seaway and Great Lakes shipping system, and another week to cross the Atlantic Ocean. The port is getting even more business thanks to a new service by Netherlands ship carrier Spliethoff, which offers cargo shipping from Duluth to Antwerp, Belgium, within three weeks, with stops at the ports of Cleveland, Thunder Bay and Milwaukee. “Antwerp is one of the busiest and most important European ports. If you can get your cargo to Antwerp, you can get it to basically any destination in Europe,” Borling says.

“Also with Spliethoff, a company shipping from Duluth doesn’t need to ship tons and tons of cargo. Spliethoff will ship whatever-sized commodities a company might have.” Borling says cargo ships are the safest and most efficient means of transportation for moving commodities around the world, plus the rate of accidents and the environmental footprint are lower.