Why Data Center Execs Think Minnesota Is So Cool 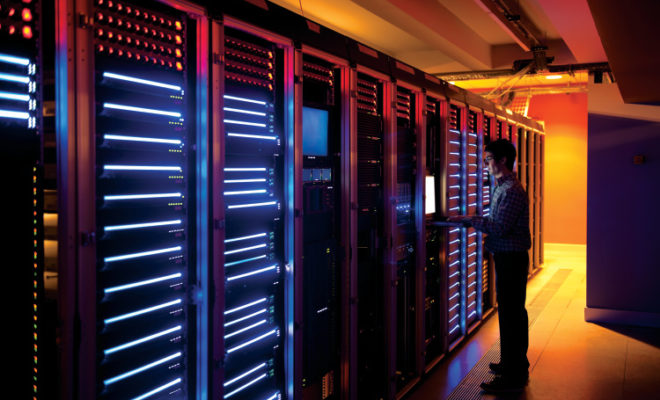 Minnesota has developed a reputation as a cool place for data centers.

The Minnesota Data Center Tax Exemption Bill for qualifying companies allows them to build a center with certain specifications and receive tax exemptions applicable on all data center infrastructure purchases for a period of 20 years. The tax exemption not only applies to the company building a center but also to clients that purchase equipment for the centers.

Minnesota offers tax abatements to its data center tenants, who can take advantage of tax incentives to encourage IT and data center investment throughout the state. It also offers sales tax rebates on the purchase of computers and related equipment, including networking and storage systems, cooling and power infrastructure, software and even electrical power.

Learn about the top employers in Minnesota

“The influx of data centers to Minnesota makes a great deal of sense,” says Jeff Rossate, executive director of business development for the Minnesota Department of Employment & Economic Development. “Basically we are a stable location with minimal risk and excellent infrastructure.”

Rossate says the state also has a strong labor force and outstanding educational institutions that foster technology-related fields of study. Another overriding factor in companies locating data centers in Minnesota is the relatively low risk of natural disasters in

From 2012 through the end of 2016, 10 new data centers located in the state and another 10 were refurbished. Minnesota has a

long tradition of strong, stable utilities, with competitive pricing and a strong base of renewable generation.

Executives at Stream Data Centers, which has operated data centers largely in the Southwest and on the West Coast, thought in 2013 that it was time for a Midwest site for its co-location facilities, which are designed to accommodate the data center needs of several companies under one roof.

Stream was the first company to qualify for Minnesota’s tax exemption program to spur data center development in the state. The company in 2014 opened a 76,000-square-foot data center in Chaska, a suburb of Minneapolis.

“We were attracted to the healthy business climate in Minnesota,” says Robert Fulford, Stream vice president, adding that the company is looking to expand in the near future. “The Twin Cities is an attractive option to out-of-region enterprise data center users due to its central U.S. location, reliable infrastructure, and stable cost of electricity.”

Cologix, a Denver-based data center company has facilities in the Minneapolis-St. Paul market. Cologix operates in 45,000 square feet of the downtown Minneapolis 511 Building, called the most connected building in Minnesota. The facility supports emerging cloud, financial, education and government platforms.

“More companies are outsourcing their data center operations rather than operating them on their own,” says Graham Williams, chief operating officer of Cologix. “Minnesota has a very robust economy of large companies in the Minneapolis- St. Paul market.”

Read about health care IT in Minnesota

Minnesota is in an important location in the overall national internet network map, Williams adds.

Space at its Minnesota facility is filling up quickly, Williams says, and the company expects to expand in the near future.

IronGate Data Centers, based in Minneapolis, has two data centers in the Twin Cities and  plans to enlarge one of its facilities from 88,000 square feet to nearly 300,000 square feet.

“The community is very pro-business and pro-data centers,” says John Botnen, vice president and chief technology officer of IronGate. “Our risk of natural disasters is very low, and we have an ideal climate.”