Minnesota may be the Land of 10,000 Lakes, but it's land-locked festivals bring year-round fun. 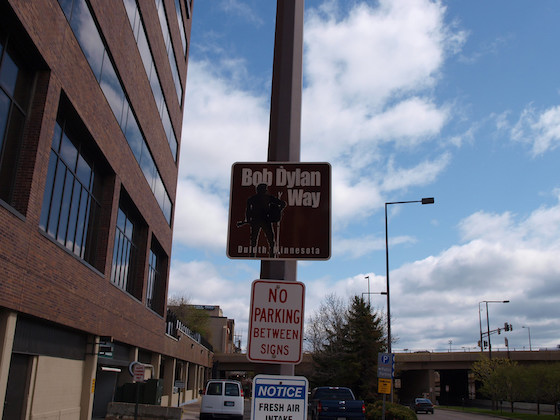 Courtesy of Jenna under a CC 2.0 license.

As one of the oldest Renaissance fairs in America, the Minnesota Renaissance Festival certainly does not disappoint. The festival is located in Shakopee, just south of downtown Minneapolis and often draws in more than 320,000 visitors with its mix of delicious food, shows and jousting. In fact, famous magician duo Penn & Teller first performed together on the stage in 1975.

Courtesy of Tony Webster under a CC 2.0 license.

A one-night event, Northern Spark is one of Minnesota’s most unique art festivals. The festival explores the effects of climate change and takes place in various areas along the METRO Green Line. More than 222,000 attendees participate while 70 artists explore this idea through installation or performance. Best of all, this festival is completely free!

If You Like Summer Festivals, You can Miss these 10 Across the U.S.

Trailing only behind Texas, the Minnesota State Fair is the second largest state fair in the country in terms of attendance. Last year saw a record 1,943,719 people! And it’s no wonder why so many people flock to the fairgrounds in Falcon Heights each year, because it’s all about the food here. New offerings this year include pizzaritos, cheesy nacho corn on the cob, and chocolate popovers with peanut butter spread.

Courtesy of Thuderchild7 under a CC 2.0 license.

This one-day festival in Saint Paul offers four different “districts” of fun including a parade, an entertainment area with 21+ gardens and seven stages of live music. Grand Old Day is one of the first summer festivals in Minnesota and draws in crowds of more than 250,000.

As the Midwest’s biggest blues festival, the Bayfront Blues Festival of Duluth draws in crowds larger than 20,000 each year. Nearly 500 different artists have performed on the stage over the years including Little Richard and Buddy Guy. This award-winning blues festival has been around for over a quarter of a century, so you know it’s not one to miss!

Discover the Best Places to Live in Minnesota

6. MayDay: First Sunday of May

An example of art and community, MayDay has brought in crowds of more than 50,000 looking to celebrate the warming weather for 43 years. Throughout the month of April, the whole Minneapolis community is invited to take part in creating the parade’s many lively puppets and masks to tell the story of the state’s past and future.

Courtesy of Jon DeJong under a CC 2.0 license.

The Minneapolis Aquatennial, which celebrates the state’s many lakes and rivers, is advertised as “The Best Days of Summer.” If you’re looking for fireworks in Minnesota, the annual Aquatennial is your event, as its fireworks show is even bigger than the city’s Fourth of July show. Nearly 800,000 people attend this watery festival each year.

Courtesy of J. lindsay under a CC 2.0 license.

Each year, thousands of Minnesotans brave the cold outside of Schell’s Brewery in New Ulm, Minnesota to take part in Bockfest. The festival celebrates Bock beer, and legend has it that if all Seven Bocks of Winter are captured during the festival, spring will come early.

Courtesy of August Schwerdfeger under a CC 2.0 license.

The Stone Arch Bridge in Minneapolis is the only one of its kind to cross the Mississippi River, and each June more than 100,000 people celebrate it with art, food and beer on the riverfront. Grab a Stone Arch Beer Sampler from various local breweries while you’re there!

Courtesy of Randy Stern under a CC 2.0 license.

Duluth is the birthplace of legendary singer and poet Bob Dylan, and it makes sense that they would throw a weeklong festival for him. Festival activities take place along the 1.8-mile Bob Dylan Way and include pub trivia, train rides, a Dylan-themed art show and even a Bob Dylan Birthday party.