Minnesota Sports Fans Have Plenty to Root For

Lots of professional sports are available to fans in Minnesota. 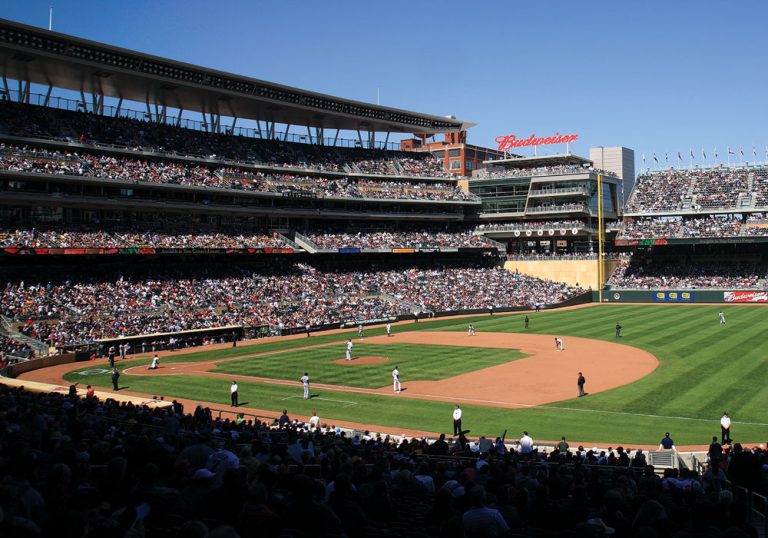 Go Vikings…and Twins, Timberwolves, Wild and Lynx. Now playing in Minnesota are more than a half-dozen professional sports teams, including the NFL’s Vikings, who opened their new $1.1 billion, 70,000-seat U.S. Bank Stadium for the 2016 football season. The impressive structure in downtown Minneapolis will also host Super Bowl LII in 2018 and the 2019 NCAA Men’s Final Four.

Near U.S. Bank Stadium is Target Field, home to the Minnesota Twins and one of the most fan-friendly ballparks in Major League Baseball. The city of Minneapolis also houses Target Center that serves as home court to the NBA’s Minnesota Timberwolves and the three-time WNBA champion Minnesota Lynx, while neighboring Saint Paul and the Xcel Energy Center host the NHL’s Minnesota Wild.

In addition, Xcel Center is home to the Minnesota Swarm of the National Lacrosse League. Also playing in Saint Paul are the Saint Paul Saints, an independent minor league baseball team that competes at CHS Field. In suburban Blaine, Minnesota United FC plays at National Sports Center Stadium and will join the Major League Soccer league in 2018, at which time the team will move to Saint Paul to compete in a new 20,000-seat stadium.

Last but certainly not least for sports fans in The North Star State is Hazeltine National Golf Club in Chaska, which hosted the Ryder Cup team competition in the early fall of 2016. Hazeltine has also welcomed the U.S. Open and PGA Championship, the U.S. Women’s Open and U.S. Senior Open.