Why the 7 Natural Wonders Are Actually in Minnesota

Spoiler alert: These seven destinations are so cool, you'll want to visit them as soon as possible. 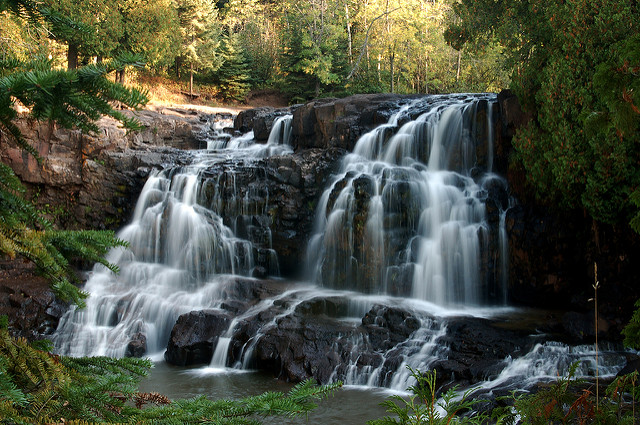 Courtesy of smcgee under a CC 2.0 license.

Believed to have once been underwater, Minnesota is full of interesting geological features that you won’t find just anywhere. The state is home to breathtaking waterfalls, an incredible cave filled with fossils, and mountain peaks that reward climbers with gorgeous views. The only problem? You have to decide which unforgettable destination to visit first.

Photo Credit: Courtesy of A. Strakey under a CC 2.0 license.

If you’re looking for peace and quiet – and adventure – you’ll find it here. Located in the northern third of the Superior National Forest in northeastern Minnesota, the Boundary Waters Canoe Area Wilderness has a rugged landscape that was carved out by glaciers long ago. The area covers more than a million acres and has over 1,500 miles of canoe routes, plus more than 2,000 designated campsites.

Courtesy of daveynin under a CC 2.0 license.

CNN.com included Niagara Cave on its list of eight amazing American caves in 2014, and it’s easy to see why. The cave, located near Harmony, draws more than 25,000 people each year with features like a 60-foot waterfall, wedding chapel, stalactites, stalagmites and various fossils that are estimated to be 450 million years old. Guided tours are available, and above ground, visitors can enjoy an 18-hole mini golf course, gemstone mining, a picnic area, and a playground.

Courtesy of Amy Meredith under a CC 2.0 license.

This mysterious waterfall is both beautiful and baffling. Devil’s Kettle Falls is a 50-foot waterfall in Judge C. R. Magney State Park that splits in two – half of it goes into the Brule River, but the other half falls into a cauldron and disappears. Although many people believe the second half of the waterfall eventually ends up in Lake Superior, which is about a mile away, the end of the Devil’s Kettle has still never been found.

The 120-foot Pigeon River High Falls, the highest in Minnesota, is located on the Minnesota/Ontario border. It’s easily accessed from Grand Portage State Park and Pigeon River Provincial Park, which is right across the U.S. border (and many say it offers the best view of the falls).

Courtesy of Justin Meissen under a CC 2.0 license.

Palisade Head was formed 1.1 billion years ago from a violent volcanic eruption, and today it’s a top spot for those who want to enjoy views of the Lake Superior shoreline. Part of Tettegouche State Park in Silver Bay, Palisade Head is also a favorite rock climbing destination due to its columnar joints.

Courtesy of Justin Meissen under a CC 2.0 license.

Rising 2,301 feet above sea level, Eagle Mountain is the highest point in the state. Situated in the Boundary Waters Canoe Area Wilderness, which is also one of Minnesota’s natural wonders, the mountain offers stunning views to those willing to make the 3.5-mile hike to the top. Word to the wise: Prepare for a somewhat challenging hike, and be careful – this mountain is definitely off the beaten path.

Photo Credit: Courtesy of smcgee under a CC 2.0 license.

Known as the gateway to the North Shore, Gooseberry Falls State Park in Two Harbors has spectacular waterfalls that are easily accessible to the general public, and it’s just a short drive from Duluth. The park also includes a river, the Lake Superior shoreline and historic stone structures built by the Civilian Conservation Corps.