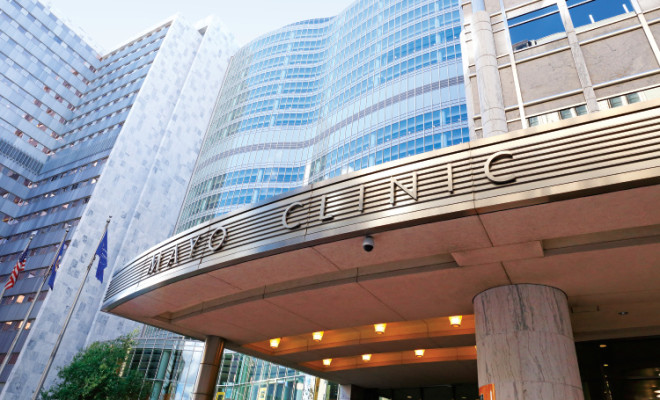 The Mayo Clinic brings millions of visitors to Rochester each year, making it the backbone of the city’s health-care and IT-driven economy, which also includes agriculture and food manufacturing enterprises. Local businesses also benefit from great transportation assets, including an airport and three U.S. highways.

The Mayo Clinic has its roots in the medical practices of Dr. William Worrall Mayo and his sons, Drs. William James Mayo and Charles Horace Mayo. Together they developed the world’s first private integrated group practice, which became the widely accepted standard among physicians after the advantage of pooled skills and resources became evident. Today, more than 30,000 people work at the various Mayo facilities in Rochester, and patients and their families come from around the world for diagnosis and treatment.

A key cog in Rochester’s transportation system is Rochester International Airport, a wholly-owned subsidiary of Mayo Clinic founded in 1928 as a way to get patients from far-flung locations to the Clinic. The airport features two runways and is serviced by two major commercial carriers, American and Delta. The city is also easily accessed by a trio of U.S. highways – U.S. 14, U.S. 52 and U.S. 63.

For more than five decades IBM has been one of Rochester’s corporate partners, and today the city continues to play a key role in providing innovative business solutions to clients around the world. Dozens of IBM organizations work together in Rochester, many on the company’s 82-acre campus. And each year, thousands visit IBM’s Executive Briefing Center to explore IT options and formulate strategies for optimizing resources.

Think Mutual Bank also has had a long relationship with IBM, having been founded (as a credit union) by seven IBM Rochester employees in 1961. Today, Think Mutual employs nearly 300 people and has six branch offices in Rochester and four in the Twin Cities metro area.