Rochester, MN Has Good Transportation Assets for Getting Around 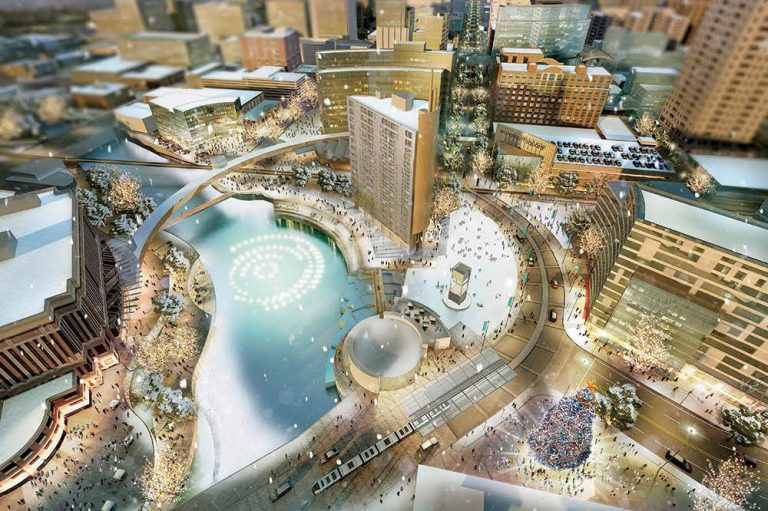 There are several ways for motorists and pedestrians to get around Rochester, and more commuter improvements are planned for the future.

The city already has transportation assets such as Interstate 90 and U.S. Highways 14, 52 and 63, and Lyft and Uber driving services are both available to residents. In addition, pedestrians in downtown Rochester have the convenience of walking through enclosed overhead skyways and an underground subway system to walk to where they’re going, especially during cold weather months.

“United came into our market midway through 2017, and that addition helped our passenger traffic rise 27 percent over 2016,â€ says John Reed, Rochester International Airport executive director. “Delta has also added more flights to Atlanta and Minneapolis, and both American and Delta are using larger aircraft out of the airport. Over the last year or two, it’s been pretty exciting here.â€

“We now have direct service to five cities and are always in the hunt for new service cities,â€ Reed says. “Our airport serves passengers throughout all of southeast Minnesota as well as northern Iowa and western Wisconsin.â€

Why the Rochester Area Rocks: Jobs, Opportunity, Quality of Life Top the List

First opened in 1928 and originally built by the Mayo Brothers, the airport moved to its current location in the 1960s and became an international airport in the 1990s.

“Besides commercial flights, we have a robust general aviation community,â€ Reed says. “Cargo is also a big part of what we do in support of Mayo Medical Laboratories as well as the region as a whole, with a daily 757 from FedEx serving our cargo needs.â€

Rochester is also investing in several transportation connection projects as part of the $6.5 billion Destination Medical Center project that will bring significant construction and could lead to 40,000 new jobs and 100,000 new residents over the next 20 years. The goal of DMC is to turn the downtown district into a global biotech hub and health and wellness center, building on the renowned reputation of the Mayo Clinic, the city’s largest employer.

“With all the upcoming DMC growth, there will still be people who want to use their car and drive to work or stores and restaurants, and we’ll be able to accommodate that,â€ says Patrick Seeb, director of economic development and placemaking for the Destination Medical Center initiative. “But in addition, we’re going to build out more attractive pedestrian and bike networks so people who live closer to the core of the city can comfortably ride their bike or walk to work.â€

Seeb says Rochester already has one of the best recreation bike systems in the state, but the DMC infrastructure improvement initiative will create an advanced on-street bike network that’ll make it easy to get around downtown itself.

“We will also be adding to the bus and transit options,â€ he says. “We already have a public bus system, but we’re going to add what will be called Bus Rapid Transit to the system as well. It’s slightly different than light rail transit or streetcars that we’re seeing in some cities, but it will have a lot of similarities regarding reliability, safety, frequency, easy to get on and off, and moves quickly.â€

Seeb says Bus Rapid Transit will allow people to park at the edge of the downtown and then board, easily getting to their job or a store or restaurant without having to drive their car into a congested downtown.

“In addition, we’re building the software that will make transportation options more readily available, including a smartphone app to inform where parking spots are and how congested the city is,â€ he says. “Maybe there’s a big convention in town, and the app will suggest that you use Bus Rapid Transit that day because all the parking ramps are full. We’re building the tools that will help people make good, smart transportation choices on a real-time basis.”