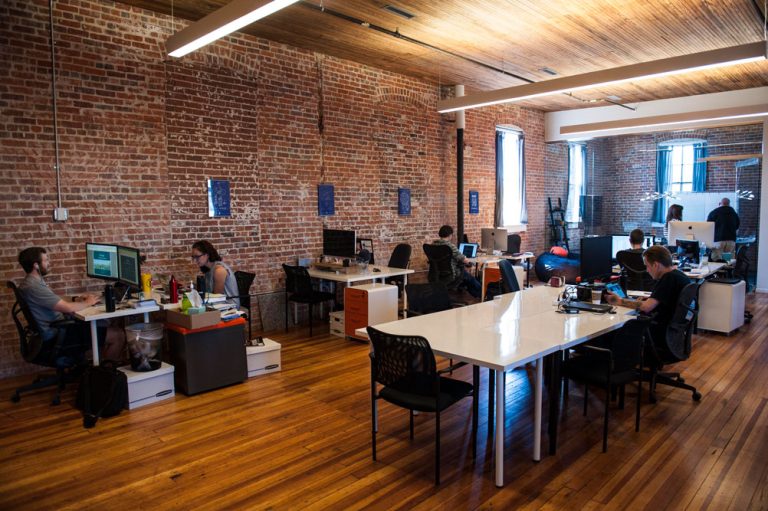 Late last summer Rochester held “a block party for the future of the city.”

The festival called on artists, builders, and creatives to develop and test experimental prototypes of bold, new objects or ideas. For example, Eric Anderson led a team that created “The Artery,â€ a lighting installation that would change color whenever a specific health event occurred in the community – be it a birth, organ transplant or completed radiation treatment.

See where Rochester, MN ranks as a Top City for Entrepreneurs

“It [the Artery] makes connections between people,â€ explains Anderson, noting that the installation reminds residents of the life-changing developments that go on behind closed doors every day. “It also lets visitors knowâ€ (“visitorsâ€ being the city’s countless health tourists) “that we recognize that what they are going through isn’t easy,â€ he says.

Most notably, the Prototyping Festival is emblematic of the city’s willingness to embrace experimental concepts and facilitate connections between people with diverse professional backgrounds.

“Making new connections is one of the key pieces that support innovation, and new ideas provide the opportunity to build and develop relationships,” Bowman says.

In fact, much of the recent growth of the entrepreneurial ecosystem in Rochester can be attributed to a deliberate effort to bring people together. Jamie Sundsbak, who serves as community manager at the co-working space Collider, says, “We believe in the power of what we call random collisions,â€ a reference to the inspiration for Collider’s name.

“Collider is structured as an open, one-room space where there are all sorts of entrepreneurs, freelancers, and remote workers – and we let nature take its course. Just being connected with the community is extremely helpful,â€ he says. “Everyone in the space is more than willing to help anyone else without expectation of reward.”

Others doing their part to bring together a wide range of professionals are the volunteers who organize TEDxZumbro River, which attracts entrepreneurs, philanthropists, educators and others “who want to engage in projects and spread ideas that lead to great things in our community,â€ says lead organizer Ben Creo.

“There is a lot of innovative stuff happening in Rochester, but much of it is discipline-specific,â€ he says. Thanks to the annual event’s inspiring mix of local and nationally recognized speakers, “we have entrepreneurs interacting with students, interacting with teachers, interacting with medical professionals, all of which creates a wonderful melting pot of excitement and ideas.”

It’s that kind of infectious energy and enthusiasm that has led to the kind of new ventures being pursued at both the Rochester Area Foundation (which provides education, resources and connections for nonprofits) and the Mayo Clinic Business Accelerator.

“Most of the 23 companies come from [one of] two sources,â€ says MCBA director Xavier Frigola. “One is internal innovation within Mayo Clinic – a physician, scientist or employee that has an idea for, say, health-care IT or a medical device. The other main source is companies that want to work with Mayo to develop a second product or to license an innovation that Mayo has developed.â€

Among the nearly dozen tenants that have graduated are: brandix ithree, an IT & consulting company; Resoundant, a medical technology firm that makes magnetic resonance elastography available to patients; and GoRout, which helps football teams make the most of their practice time, using on-field wearable products and intelligent software.

“Two other companies will probably outgrow the space in 2017,â€ says Frigola, namely, Ambient Clinical Analytics, “which sells a dashboard for ERs to mitigate ‘alarm fatigue,’â€ and Sonex Health, which offers a minimally invasive device for the treatment of carpal tunnel syndrome.

The Future of Innovation in Rochester

Meanwhile, the future of entrepreneurship in Rochester looks exceedingly bright, as people like Collider’s Sundsbak continue to integrate initiatives and events that have been successful elsewhere.

“We think a real key for pushing Rochester into a more entrepreneurial ecosystem is to have some of the larger events that have worked so well for other communities,â€ he says, noting that 2017 will be the fifth year that Rochester has participated in Global Entrepreneurship Week.

“It’s becoming easier and easier for people to become entrepreneurs [in Rochester],â€ he says. “Everybody in the community ‘gets it’ and we are going to keep accelerating into the future.”

We believe in the power of what we call random collisions