Rochester, MN Is Convenient and Connected 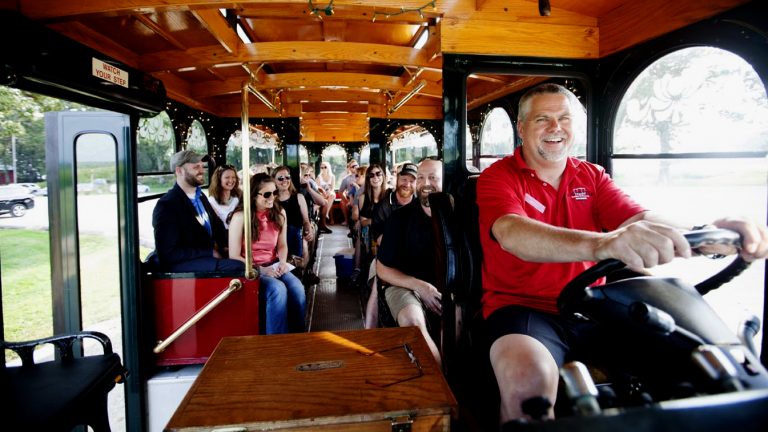 Getting around Minnesota’s third-largest metropolis is relatively easy, thanks to multiple transportation assets and services, from transit and trails to an innovative skyway/subway system.

For starters, Rochester’s median car commute is 13 minutes, a time drivers in many other cities would envy.

On the recreational front, Rochester has 85-plus miles of paved trails maintained by the city for walkers, bikers, in-line skaters, and parents pushing strollers.

“Rochester is a community of health, so it only makes sense that the folks who call it home would value an active lifestyle,” says Rene Lafflam, executive director of RNeighbors, a nonprofit whose efforts to strengthen neighborhoods include its Walk Rochester partnership. “People who move here are actively seeking out a neighborhood to live in where they can walk or bike to work.”

One of Rochester’s unique attributes is a skyway and subway system radiating from downtown near the famed Mayo Clinic and the city’s convention center. See map.

The system “provides a safe walkway to many hotels, shops, dining, and entertainment venues that are all accessible without ever having to step outdoors,” says Brad Jones, executive director of the Rochester Convention and Visitors Bureau (RCVB).

The first skyway section was built in 1987, with connections added over the years, Jones says. One of the most recent sections connects the University of Minnesota Rochester downtown campus, 318 Commons and the Mayo Clinic. As a sign of the city’s hospitable spirit, an RCVB volunteer program positions friendly Community Hosts throughout the sub/sky system to help travelers navigate it. Meanwhile, residents and downtown workers who already know their way around can use it to get around or walk for exercise, especially during cold weather months.

The subway is located primarily under the Kahler Grand Hotel and Rochester Marriott along with the extension under the Mayo Clinic buildings, Jones says. The Kahler opened in 1921, making it the earliest and first segment of the underground system.

In the end, Rochester’s connectivity boosts commerce and tourism  and also strengthens relationships between residents, which benefits everyone in town.

“From my experience,” says RNeighbors’ Lafflam, “neighbors who are engaged, organized and connected can accomplish amazing things to better their neighborhoods and the city we call home.”