The Chateau Theatre was one of the most unusual Barnes & Noble stores in the U.S. 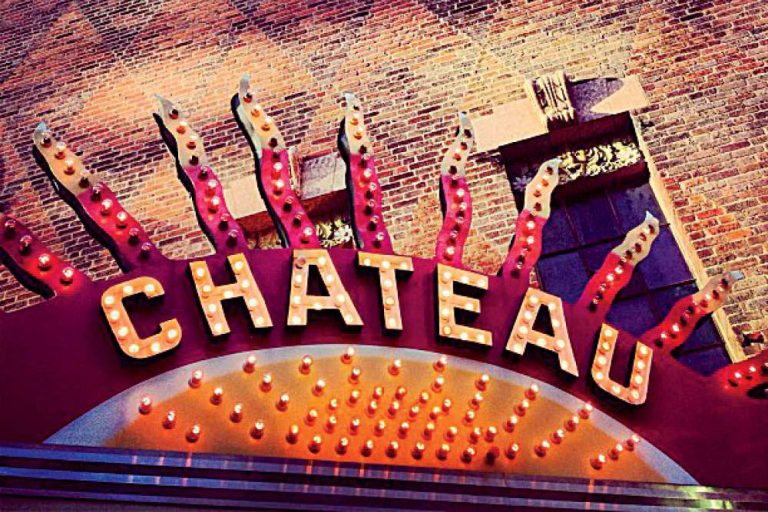 Opened in 1927 with a showing of Spring Fever, the Chateau Theatre is a unique part of local history and until late 2014, was one of the best-styled Barnes & Noble bookstores in existence. The City of Rochester recently closed it’s purchase of the Chateau Theatre for $6 million as part of the much larger $6 billion Destination Medical Center project. A re-use task force is in the process of determining the ultimate use of the building.

The theater originally opened as a vaudeville house with a medieval village-themed interior. With the advent of motion pictures, it was converted to a movie house that also hosted plays, concerts and operas. To keep attendees comfortable, the theater was later fitted with an air conditioning system, making it one of the first buildings in Rochester to do so. Headliners over the years included such stars as Ethel Barrymore, Tallulah Bankhead and Tom Mix.

The Chateau was added to the National Register of Historic Places in 1980, which allowed it to escape demolition when the theater closed in 1983 with a final showing of It Happened One Night.

After 11 years and $4 million in renovations, Barnes & Noble reopened the theater in July, 1994 as a special bookstore with a distinctive castle-like appearance. The store’s front sign looked like a traditional theater marquee featuring the Chateau name at the top and the Barnes & Noble name as a movie title. Inside, the theater’s original dark blue ceiling remained in mint condition with constellation designs intact. The original pipe organ was on display near the children’s section, and the former grand stage still rests beneath the proscenium arch.