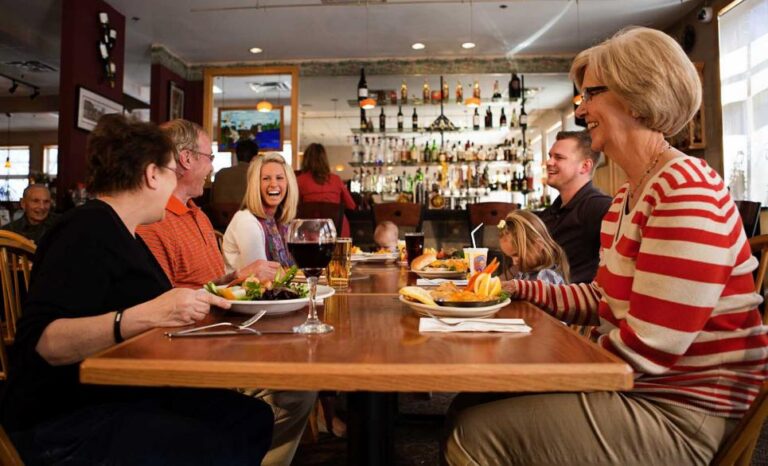 When you’ve got the Mayo Clinic in your backyard, running a restaurant might seem like a life sentence of low-fat, low-sodium, low-cal and low-interest menus. Happily for Rochester’s residents and visitors, talented chefs and restaurateurs here have turned that thinking on its head.

Guests at the Centerstone Plaza Hotel Soldiers Field – Mayo Clinic Area may not know what a gem they have near their rooms, but the steady stream of locals should give them a clue. From sandwiches at lunch to small plates in the evening, Twigs pays special attention to diners with celiac disease or gluten sensitivity, allowing for most everything on the menu to be customized, according to owner Michelle Salz, who has celiac disease herself.

“We were lucky enough to have a huge kitchen that could be split into two,” says Salz, who co-owns Twigs with husband Myron. “So we have a gluten-free kitchen, storage, chef … everything. People with celiac don’t have to worry about cross-contamination, and we have tons of menu choices for them.”

The kitchen’s other side produces ongoing favorites such as butternut squash ravioli, which itself is an ongoing challenge for Salz.

“We’re still trying to find the right gluten-free pasta to make it on the other side, but we haven’t gotten there yet,” she says.

It would be hard to work your way through all 50 craft beers available at the Tap House, but plenty of people are determined to try. One visit to the rooftop bar and its city views brings visitors back for more, as does the rotating selection of brews, says Christine Stahl, who co-owns the venue with Natalie Victoria.

“We were hoping and praying that Rochester was ready for a craft-beer place, and we have been shown that it is,” Stahl says.

Even though its food offerings are limited to appetizers, the Tap House does offer a nod toward those with dietary restrictions.

“We have at least one gluten-free option on tap all the time, and usually a couple of other gluten-free beers and bottled ciders as well,” Stahl adds.

Since 1984, the Canadian Honker Restaurant has been pleasing local palates, both in the restaurant itself and through its thriving catering operation. A move in the late 1990s to the current location across from Saint Marys Hospital means plenty of room for diners, as well as spaces for live entertainment, a full-service bar and more.

“With us it starts with fresh food, and really great customer service,” says Cris Powers, co-owner. “I recently was at a restaurant that said ‘no substitutions’ on its menu. We take the approach that if someone needs to change something out, no problem. Because everything we do is fresh, it’s easy for us to do that.”