Things to Do in St. Cloud, MN 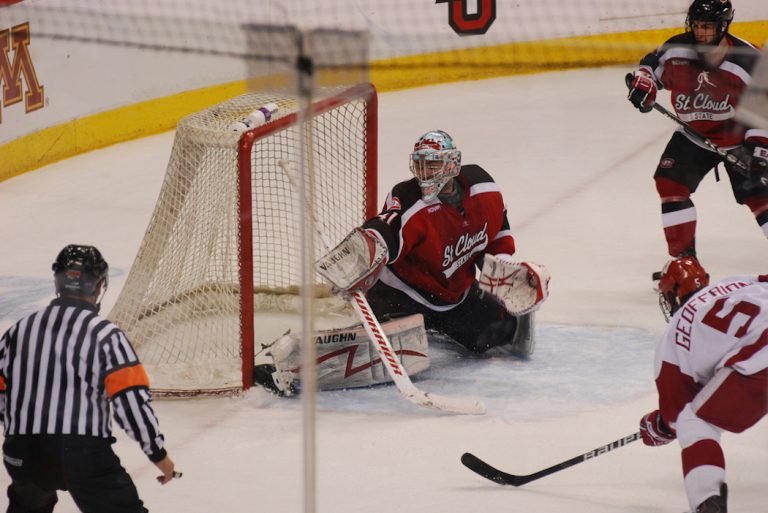 See you in St. Cloud, a major regional hub in central Minnesota that features strong economic sectors like education, healthcare, manufacturing, technology and transportation. Outdoor recreation enthusiasts enjoy the Beaver Islands, which are 30 undeveloped islands along the Mississippi River that are popular with kayakers and canoeists, while here are some other interesting things to do in St. Cloud:

Get to the 5,763-seat Herb Brooks National Hockey Center to watch St. Cloud State University hockey games, which are raucous major attractions in the region every winter. The Huskies compete in the NCAA Division I against tough national opponents like Minnesota, Denver, North Dakota, Wisconsin and Michigan, and St. Cloud State advanced to the NCAA Championship Frozen Four in 2013.

Visit any of the many nighttime hotspots in St. Cloud, including Red Carpet Nightclub that is one of the most legendary rock ‘n’ roll rooms in the Midwest. Other good places to hoist a few cocktails and have a good time include 7 West Taphouse, Beaver Island Brewing, Cowboy Jacks, DB Searle’s, Howie’s Sport Lounge, JL Beers and White Horse.

Stroll along the winding paths and brick walkways to admire the vast Munsinger Gardens and Clemens Gardens, which are two distinct but adjacent floral expanses along the banks of the Mississippi River. The Munsinger and Clemens Gardens are open to the public 7 a.m.-10 p.m. daily from the spring to the fall, and admission is free.

Spend some money and time shopping at Crossroads Center, whose five anchor stores are JC Penney, Macy’s, Scheels All Sports, Sears and Target. Also in St. Cloud is Midtown Square Mall, a two-story complex with more than 50 tenants and conveniently located at the high-traffic intersection of 33rd Avenue & Division Street.

Watch top-notch theatrical off-Broadway plays at Pioneer Place on Fifth as well as the Paramount Center for the Arts. The Pioneer Place building first opened as an Elks Club in 1913 and has incredible architecture, and the theater today presents an eight-show season. The Paramount Center also offers plays throughout the year along with concerts and top movies.

Get Some Fresh Air

Have a good workout and view eye-pleasing scenery at the 95 parks in St. Cloud. Most have walking trails, and the largest facility is Whitney Memorial Park on the grounds of the former city airport. Whitney Memorial has a recreation center for senior citizens, a dog park and numerous softball, baseball and soccer fields.

Take a tour of the Cathedral of Saint Mary, the largest church in St. Cloud and built in the 1920s in the Italian Romanesque style. The church is part of some amazing architecture that graces the downtown district – in fact, the entire central business district is listed on the National Register of Historic Places. The downtown area is bordered by the Mississippi River and houses city and county government offices, the Civic Center and many stores, restaurants and commercial buildings.