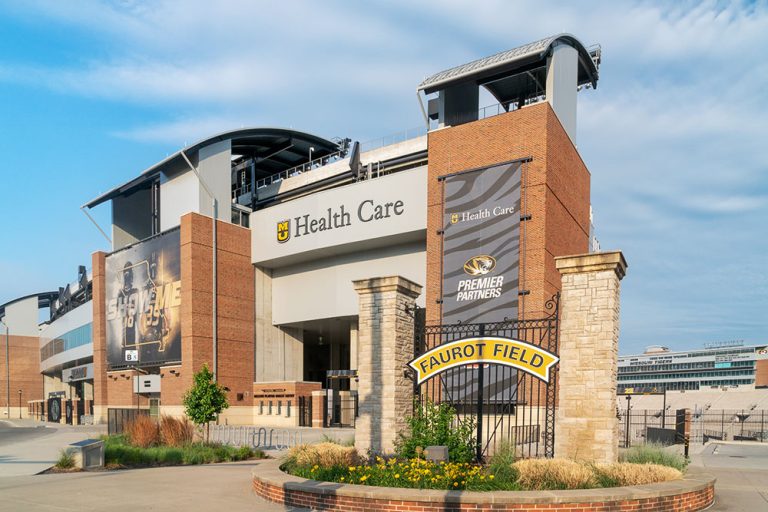 The college town of Columbia has a reputation for offering visitors and residents a wide range of entertainment options and things to do. From outdoor adventures to downtown dancing, here’s a look at the seven best experiences to have in the city locals call “CoMo.”

1. Root for the Tigers

Wear black-and-gold clothing and join 71,000 rabid fans who attend University of Missouri football games on Saturdays each fall at Faurot Field at Memorial Stadium. Mizzou spectators pack bars and restaurants before and after every home game, and the football program provides a $50 million economic impact to the community each year. Few experiences in Columbia compare to a Mizzou football game. Go Tigers!

When it comes to legendary music halls The Blue Note certainly holds a tune. Musical acts like Johnny Cash, Young the Giant, Chuck Berry and Arctic Monkeys have all played The Blue Note, a music venue housed in a restored Vaudeville theater on Ninth Street. Additionally, the club stages a free five-part concert series each summer called Ninth Street Summerfest.

Why Columbia, MO Is a Best Place to Live

Give your ears a treat at two popular music festivals that Columbia welcomes each year. Roots N Blues N BBQ Festival occurs for three days each September at Stephens Lake Park, and a “We Always Swingâ€ Jazz Series takes place at numerous Columbia venues from September through April.

Brick oven pizzas, burgers, sandwiches, ribs and catfish are just some of the meals you’ll find on the menu at Flat Branch Pub & Brewing. Located on South 5th Street, Flat Branch opened its doors in historic downtown Columbia in 1994 and has become one of the most popular restaurants in Columbia. Customers enjoy sitting on the restaurants patio while sampling hand-crafted beers that range from a classic pale ale to the unusual green chili beer.

Get some exercise by walking on 4.8-mile Bear Creek Trail or along a challenging 1-mile Fitness Trail (with 18 exercise stations) at Albert Oakland Park, located next to Oakland Junior High School. The park also has an aquatic center, basketball court, two disc golf courses, three tennis courts and two playgrounds.

Pick out the freshest foods in mid-Missouri at the Columbia Farmers Market, which is open every Saturday from 8 a.m. to noon between April and October at the ARC parking lot on W. Ash Street and from 9 a.m. to noon November through March at Parkade Center. You’ll find a cascade of fresh vegetables and fruit, meats, eggs, cheese, honey and flowers in addition to artisan items and handcrafted goods. There’s also live music.

Spend a couple hours at Columbia Mall, the largest mall in central Missouri. Along with its 140 stores are amenities like a cafe court, soft seating area, children’s play area, arcade, free Wi-Fi and a car wash. Also on site is Boone’s County Farmers Market that operates Wednesdays and Saturdays from April through October.