Things to Do in Kansas City, MO

KC offers so much to see and experience 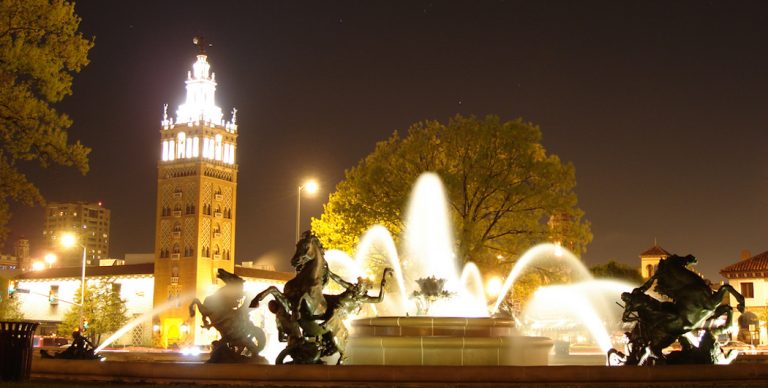 Kansas City, or KC, is famous for its steak and barbecue, plus the metro area has an array of entertainment and tourist attractions.

Have Twice the Fun

Theme parks Worlds of Fun and Oceans of Fun joined forces in 2013 to allow visitors to access both next-door attractions under one admission charge. Worlds of Fun features 43 rides including seven roller coasters, while Oceans of Fun installed six new water slides to commemorate the merged operation.

Eat All You Want

Kansas City is known for spicy barbecue, which refers to a specific style of slow-smoked meat and tangy sauces. More than 100 barbecue restaurants operate in the city, including LC’s Bar-B-Q, B.B.’s Lawnside BBQ, and Oklahoma Joe’s, which celebrity chef Anthony Bourdain listed as one of “13 Places You Must Eat Before You Die.”

In Independence just east of Kansas City, the Harry S. Truman Presidential Museum opened in 1957 as a tribute to the 33rd U.S. President, and the complex underwent a $23 million renovation in 2001. Two floors of exhibits showcase his presidential life, including a replica of Truman’s Oval Office. Also on the grounds is the former president’s grave.

Officials with LegoLand Discovery Center say stepping inside the attraction makes visitors feel like they’ve jumped into the world’s biggest box of Lego bricks. More than 2 million Lego pieces are on interactive display, with the Discovery Center aimed at children ages 3-10. One highlight is a Lego Laser Ride that offers a 4-D cinema experience.

The Downtown East neighborhood near the intersection of 18th and Vine is known as one of the cradles of jazz on the American scene, especially since musician Charlie Parker began his career there. Sites to see include the Mutual Musicians Foundation, Gem Theater, Blue Room jazz club, American Jazz Museum, and the Negro Leagues Baseball Museum.

Presenting Broadway shows and concerts since 1951 is Starlight Theatre, a 7,958-seat outdoor venue situated in Swope Park. The theater is busy during warm-weather months, scheduling a variety of family-oriented programs. Stars who have graced the Starlight stage include Tony Bennett, Carol Burnett, Angela Lansbury and Kristin Chenoweth.

Live music acts every Wednesday through Sunday are part of the entertainment at Knuckleheads Saloon, a venue that actually has three stages. A large outdoor stage is used during the summer months, while a 220-seat indoor stage and a 50-seat Retro Room are also on site. Often, live music is presented on all three stages at once.

Home to a public lake, tennis courts and even a water park, Loose Park is best known for its Rose Garden where all types of outdoor events are staged, including wedding ceremonies and theatrical performances. The Loose Park Garden Center hosts dozens of horticultural exhibitions throughout the year that draw people from around the country.

Rated as one of the top craft breweries in the United States based on sales volume is Boulevard Brewing Company, which offers free 45-minute tours daily so that visitors can sample the brewery’s offerings. Some of Boulevard’s best sellers are 80-Acre Hoppy Wheat Beer, Bob’s ‘47 Oktoberfest, and Bully! Porter.