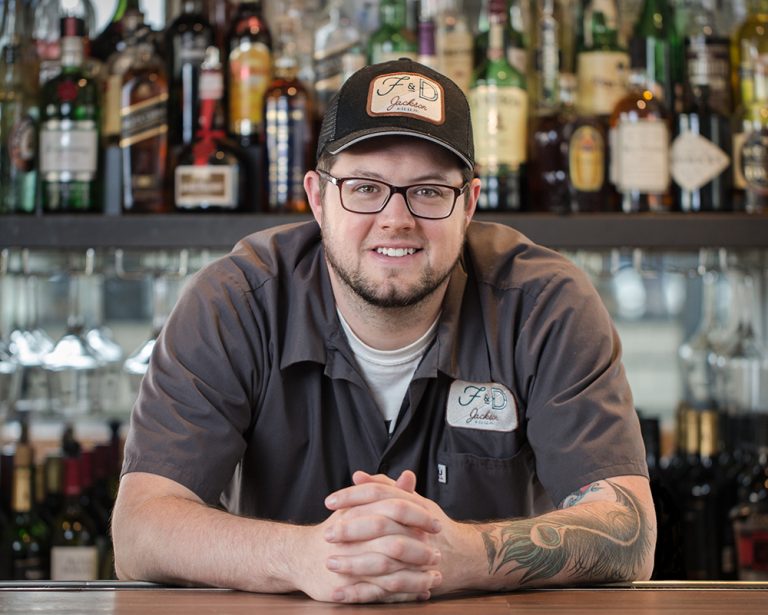 At Fine & Dandy, an upscale burger bistro in the District at Eastover development (also home to the new Cultivation Food Hall), executive chef Jesse Houston metamorphoses Southern favorites into modern delicacies. His tater tots are anything but ordinary once he adds truffled crème fraiche and salmon caviar. In Media Feed’s national roundup of Best Young Chefs, Houston nabbed Mississippi’s top slot. Also a James Beard semifinalist for Best Chef in the South, Houston is one of many culinary stars that make up Jackson’s vibrant restaurant market.

C.J. Rhodes, Jr. is one of the city’s most influential faith missionaries as pastor of Mount Helm Baptist, Jackson’s oldest African-American house of worship. Regarded for his charisma at the pulpit, he became the church’s youngest-ever leader in 2010 and knows Jackson as an epicenter for many religious traditions.

“Though Christian churches comprise the majority of Jackson’s faith community, the city is blessed to have a Jewish synagogue, Sikh temple, and Muslim, Hindu and Buddhist adherents,” Rhodes says. “The City with Soul continues to rise in large measure because of the presence and participation of people of faith.”

“Jackson has an amazing array of health care services and specialists,” says Jennifer Spong, a nurse manager at St. Dominic Hospital who’s been part of the city’s medical community for 30 years. “This area offers everything from trauma centers and advanced cardiac care to neonatal intensive care.”

“The medical options here cover all aspects of care,” Spong adds. “Our health community is caring and complete.”

Dr. William B. Bynum, Jr. (pictured here with wife Deborah) is the 11th president of Jackson State University, Mississippi’s fourth largest and one of the country’s biggest HBCUs. As primary anchor to Jackson’s higher education community of more than 35,000 students, JSU offers 90+ undergraduate and graduate programs.

Bynum, a former athlete, trailblazing visionary, and powerful orator, often wraps his public addresses with this personal mantra: “Look back and thank God. Look forward and trust God. Look around and serve God. Look within and find God.”