Brewery, Winery and Distillery Open for Business in Natchez, MS

City becomes smallest in U.S. with distillery, winery and brewery 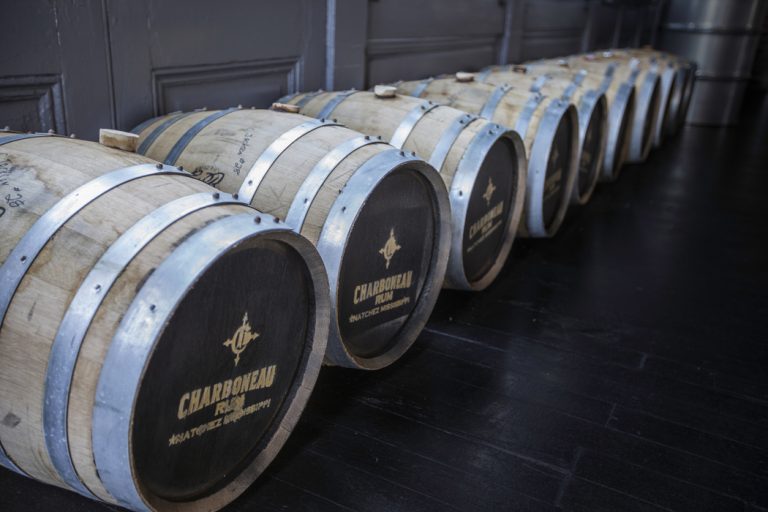 Here is a toast to Natchez, population 15,800 – the least-populated city in America that has a distillery, a winery and a brewery.

Charboneau Distillery, Old South Winery and Natchez Brewing Company all operate in Natchez, with each working to be successful as well as looking to join forces with one another to increase tourism.

“It is important for Natchez to grow its business sector as well as increase tourism, so besides seeing the many antebellum homes in this community, it would be interesting for tourists to visit all three of our facilities in one day,” says Doug Charboneau, owner of Charboneau Distillery. “We’re in the early stages of discussion about jointly marketing ourselves with TV advertising, billboards and so forth.”

Charboneau Distillery produces a white, aged Charboneau Rum and offers tours on Fridays and Saturdays, with bottles sold next door at King’s Tavern as well as liquor stores throughout Mississippi.

“My wife, Regina, and I own King’s Tavern restaurant, and our son, Jean-Luc, produces the rum in the distillery next door,” Charboneau says. “We introduced the white rum in 2014 and are aging more products to introduce in 2015 and 2016.”

At Old South Winery, owner Scott Galbreath says he buys only the finest and freshest muscadine grapes from Mississippi growers to produce the company’s nine wines. The best sellers are a sweet red wine called Sweet Noble, and a sweet rosé called Miss Scarlet that is similar in color and sweetness to white zinfandels.

“We try to do as much as we can locally. We’ve even used local company Smith Printing for our labels ever since we opened in 1979,” Galbreath says.

“We also do business by shipping to customers in other states, but not all states allow such transactions,” Galbreath says. “I think we currently ship to 18 states.”

Brewmaster Patrick Miller got the idea to start Natchez Brewing Company after living for several years in Asheville, N.C., a city know for its microbrewing industry.

“I missed craft beer when I returned to Natchez, so in July 2012, I did a feasibility study and decided to start a brewery,” he says. “My wife, Lisa, became owner, so it would be a woman-owned business that could qualify for state loans, and our beer was selling by March 2015.”

Natchez Brewery Company currently has only one product – Bluff City Blonde – and Miller says he is very pleased with early results.

“Retailers are fighting over it,” he says. “We’ve already outgrown ourselves. We need a bigger brew house.”