The city of Natchez turned 300 in 2016, and the celebration is still going strong 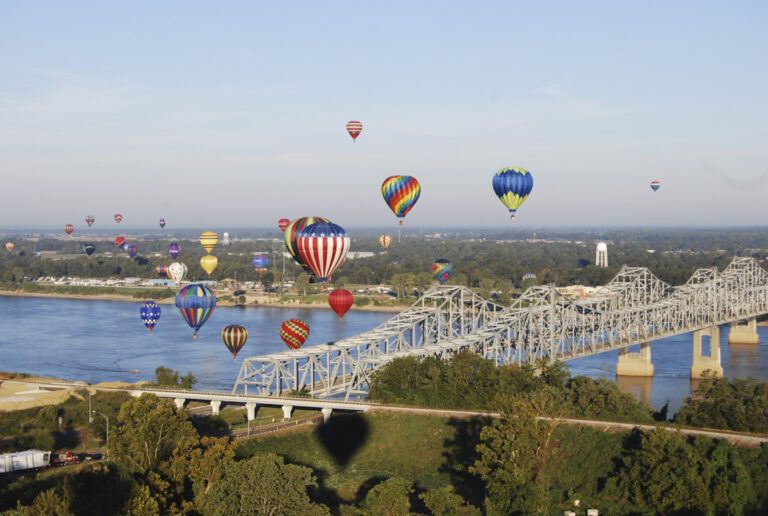 Natchez / Courtesy of the Natchez CVB

A major Southern history and heritage tourism destination, Natchez, MS has drawn record crowds for its Tricentennial Celebration in 2016. Locals and visitors alike have reveled in the city’s rich history that includes a blending of Native American, French, Spanish, British and African cultures. From local cuisine and rhythm and blues music to antebellum homes and historic churches, visitors feast on the sights and sounds that make this Delta city special.

“With the Tricentennial, we wanted to make our rich history even more meaningful and relevant to today’s tourist as well as to our local community,”says Jennifer Ogden Combs, executive director of the Natchez Tricentennial Commission. “We wanted to engage, educate and empower our residents to take an active role not only in the community tourism in terms of economic development, but also in redefining tourism for the future. We wanted to create something that called for more community participation, more community involvement, was community-driven, ultimately focused on taking our community forward.”

To that end, the city planned a full calendar of events to commemorate its founding, beginning with a Unity Prayer and Praise Celebration at City Auditorium that brought together residents of different faiths to sing hymns and ask for blessings in the year ahead.

Residents found creative ways to engage in the city’s history. The Tricentennial Commission sponsored Legends and Lore, a weekly series in which speakers shared stories about the city’s past, with a different theme each week.

“For instance, March was Women’s History Month, so we had several interesting stories about women in Natchez history, including women who actually fought in the Civil War dressed as men – one of whom was a double agent for the Union Army,” Combs says.

The National Natchez Historical Park produced the Natchez History Minute video series. The minute-long videos were scripted and shot by park historian Jeff Mansell and his Jackson State University interns. The team solicited school children and members of the community to record each script, and then uploaded a video each day to the park’s website, Facebook and YouTube pages.

“We wanted to have a community-wide event. Each video was narrated by a different person, so at the end of the year, we had 366 Natchez minutes by more than 366 people in the community. We partnered with area schools to have about 140 different school children recording one of the Natchez minutes,” Mansell says.

“We’ve had some kids who had never heard of the topic they were presenting, so this exposed them to local, historical events that they would not have otherwise learned about. Plus any time you can engage that many school kids in history, that’s a historian’s dream.”

The videos have been viewed in more than 45 countries and translated into 23 languages, and Mansell says the series has received a positive response.

Combs says city leaders also took the opportunity to further develop some of its tourism assets, such as Natchez’ musical roots.

“There are a lot of major music centers all along the river that have played a significant role in music history. It’s the roots of American music, which is gospel and jazz and blues and R&B and rock and a number of other things,” Combs says. “The Americana Music Triangle is a very exciting and very progressive opportunity for us because it is allowing us to develop our whole music tourism and what we offer in a wide variety of music.”

The Celebration, which included a 300th birthday party with 300 birthday cakes, also offered opportunities for citywide improvements, such as the completion of the Natchez trail system, a sustainability plan for the city’s waterways, and the 5-year initiative to improve the health and fitness of the community.

“The Tricentennial has really been a catalyst for positive change and growth for the community,” Combs says. “It’s not just about celebrating 300 years, which is something to celebrate in itself, but it’s also about giving us a format and a platform to do some really great things.”

P { margin-bottom: 0.08in; The Tricentennial has really been a catalyst for positive change and growth for the community.