How Oxford, MS Schools and Businesses Are Shaping Workforce 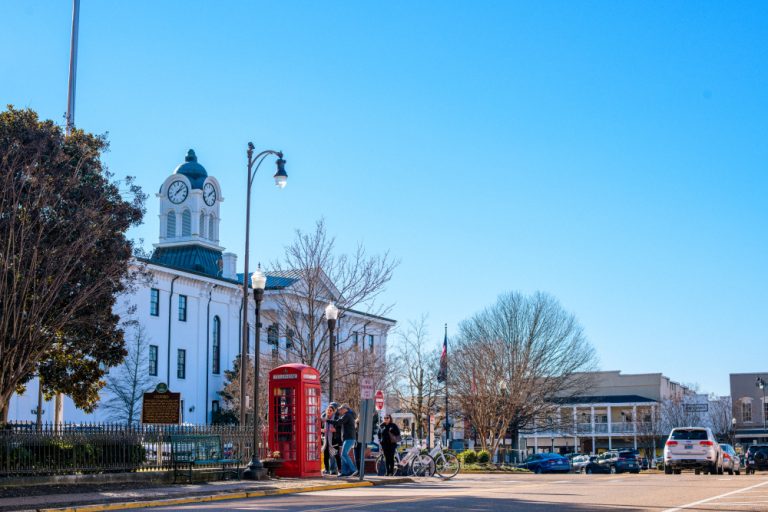 Oxford and Lafayette County’s powerful combination of excellent public schools, a top-tier university and unparalleled quality of life make the region a destination of choice for businesses looking for a workforce with the skills to help them succeed.

For Nicholas Air, having a highly trained workforce of aviation professionals is a key element of its success. The company provides private air travel with a fleet of modern turboprop and light jet aircraft. The company owns and manages all of the aircraft in its fleet.

Aviation jobs often cluster in big cities, but Nicholas Air has succeeded in Oxford and Lafayette County because of the quality of its schools and the region’s attractive quality of life, which enables the company to recruit workers, says N.J. Correnti, the company’s founder and CEO.

“Having a good school system is very important. The public schools here are great. Most of our workforce comes from larger cities like New York, Atlanta and Nashville. The families that moved here have thus far really enjoyed the community,â€ Correnti says.

The company, founded in 1997, has a service area that includes the United States, Canada, Mexico, Central and South America and the Caribbean.

Oxford-Lafayette County’s job-ready workforce is one of the reasons Olin/ Winchester expanded in the region.

The company dedicated its $100 million, 500,000-square-foot plant in Oxford in 2011. The facility produces centerfire ammunition. Olin opened a rimfire and military packing operation in Lafayette County in 2005. The company employs 1,500 people locally.

Schools in Oxford-Lafayette County will also be a resource for another manufacturer, SMW Manufacturing, especially as the company grows. Based in Michigan, the company makes components for the heavy truck, automotive, mining, construction and industrial markets.

The company occupies a 180,000-square-foot facility that became available when Caterpillar Inc. ceased operations in 2016.

“With the closure of Caterpillar happening two years ago, SMW’s main focus was to employ as many former Caterpillar employees as possible to keep them gainfully employed. As we get more business and grow our workforce, we will be working with the local schools as a possible resource for new workforce opportunities,â€ says Matthew Grier, manager of the facility in Oxford.

The plant is home to different types of technology-driven machinery. SMW has 52 full-time employees who produce products for a range of customers. Caterpillar is a major customer for the hose and coupling division.

With Open Arms: Embrace the Charm of Oxford, MS

“We have also been introduced to producing products for the mining industries, which was something new for our facility here in Oxford but has been a staple of development for years with SMW. We are currently looking into more business with new customers to bring more business and job opportunities to our Oxford facility,â€ Grier says.

SMW may need to enlist local education institutions in future worker training for its tech-based processes, he adds.

“Due to the machinery that we have and the robust diversity of our processes, there is opportunity for program training in numerous fields – CNC programming, electrical, metal fabrication, tool and die, chemical analysis, metallurgist, quality control, etc. – the list goes on and on,â€ Grier says.

Since its arrival, the company has announced it was transferring machinery from Minnesota to Mississippi, making an additional investment of several million dollars and creating jobs beyond its initial targets in order to handle increased production.

SMW has been pleased with its success in Oxford relying on local team members, says senior executive Rich DesCoteaux.

“The team members chosen to manage and operate the Mississippi location are all locally grown talent. SMW did not transplant a single employee. Because of the get-it-done attitude and ability to learn new concepts, the plans to populate new business into Oxford have been accelerated. We greatly appreciate the support provided by the state of Mississippi, Lafayette County and the City of Oxford,â€ he says.