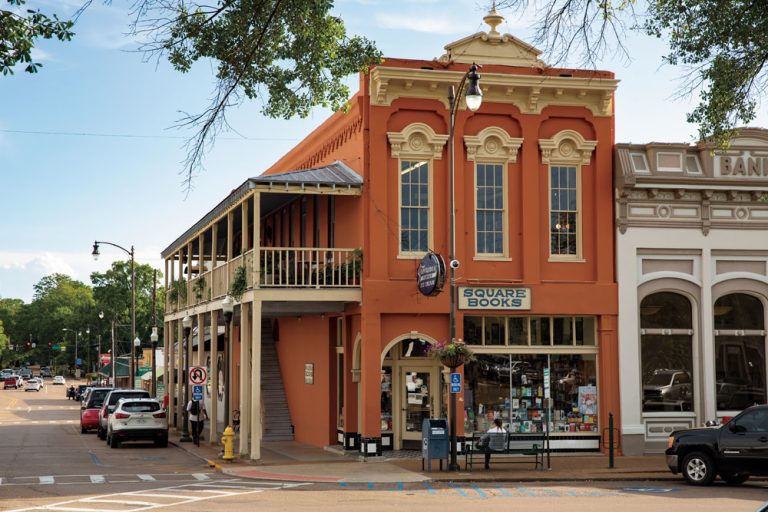 It is relatively easy to get in, out and around Oxford, MS, and additional road improvements are under way.

There are 10 state highways within Lafayette County, including Highways 6 and 7 that both go through Oxford. Highway 6 is four lanes from Oxford to Interstate 55 just 23 miles west of the city, allowing easy access to Jackson, MS and Memphis, TN.

Meanwhile, the community is only about one hour south of Memphis International Airport for convenient commercial air service to 39 destinations via 583 flights. Also within the city is University-Oxford Airport, a general aviation facility only a few minutes from the Ole Miss campus.

But back to roads. Two major projects totaling about $17 million are occurring as joint efforts between Oxford and Lafayette County. Construction is taking place on the West Oxford Loop with the intent to relieve traffic on West Jackson Avenue, and an extension of Sisk Avenue is occurring on the east side of Oxford.

“The West Oxford Loop is a project out to College Hill and will go by the highly used FNC Park athletic complex,â€ says Larry Britt, engineer for Lafayette County. “We are also looking to secure funding for a Phase 2 of the West Oxford Loop to extend from College Hill to the Lafayette County Industrial Park and out to Highway 7. That will provide a good northwestern leg around Oxford.â€

As for Sisk Avenue, its extension will take the road to Highway 6.

“That will work nicely with a road the county constructed a few years ago – County Road 406 – that extended from Highway 6 to just along the southern edge of the Lafayette County School District campus,â€ says Bart Robinson, engineer for the City of Oxford. “There are a lot of infrastructure improvements happening around here. For Oxford itself, there are about $85 million in public infrastructure projects either under construction or in the planning stages.â€

“In addition, the city has put an emphasis on completing streets and adding pedestrian walking and biking programs over the last 15 years,â€ he says. “That includes a lot of bike lane additions, and we converted a rail trail into a popular South Campus Trail used by many full-time residents and Ole Miss students.â€

Another popular recreation destination serving the community is Oxford Depot Trail, a paved, 10-foot-wide pathway that runs northeast of the Ole Miss campus.

“For a small community, we have a lot of runners, walkers and bicyclists who have access to good outdoor spots,â€ says Marvin King, race director for Run Oxford, a running club with about 130 members and 1,300 likes on its Facebook page. “One of my favorite places to run in Oxford is Lamar Park, which has a 1.5-mile loop around a beautiful lake.â€

In addition, King says Oxford has a series of mountain biking trails adjacent to the university.

“We have political leaders and an active chamber who want Oxford residents to be healthy, and they make sure there are plenty of recreation assets to enjoy,â€ he says. “By the way, for anyone who wants to join Run Oxford, we meet every Saturday morning at Uptown Coffee to run, and the same goes Thursday evenings starting at The Growler.â€