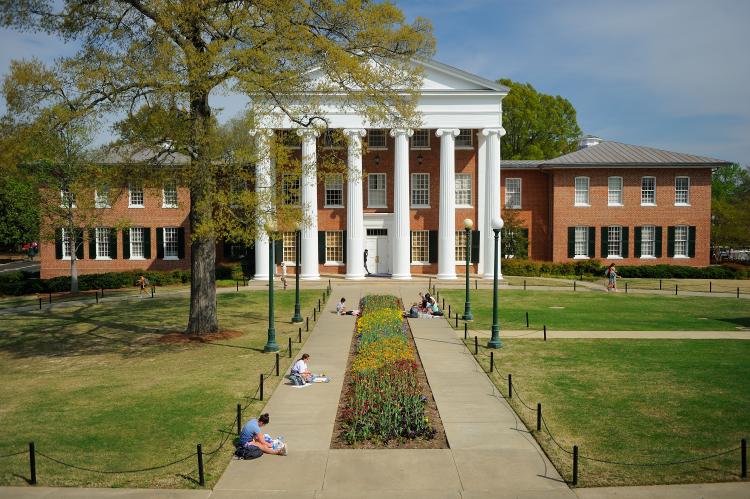 Oxford’s top employers represent sectors such as education, healthcare, retail, manufacturing and government, and here are some examples:

Also known as Ole Miss, the University of Mississippi is made up of a main campus in Oxford along with four branch campuses in Booneville, Grenada, Southaven and Tupelo. The Oxford campus has 18,000 students and an academic staff of 870, while all of the university’s sites have a total of 2,500 employees.

Since 1973, North Mississippi Regional Center has provided services to people with intellectual and developmental disabilities. More than 1,000 employees offer help to patients representing the northern 23 counties of the state, and the main Oxford campus gives assistance to 285 onsite individuals and another 200 in community homes in the region.

A total of 217 beds accommodate patients at Baptist Memorial Hospital-North Mississippi, which serves the northern third of Mississippi. The hospital features 1,000 employees including more than 90 doctors and surgeons who represent 30 specialty areas such as cardiology, neurosurgery and radiation oncology. In addition, an Acute Rehabilitation Unit with 13 beds helps to rehab patients.

More than 500 full-time and part-time workers are employed at the Walmart Supercenter on Jackson Avenue West. The retail destination is open 24 hours a day with groceries, apparel, home goods and electronics, and its specialty departments include a pet shop, optical center, pharmacy, garden section and auto center.

About 300 people in nearly a dozen departments are employed with the City of Oxford, which serves residents as well as students attending the University of Mississippi. Among the departments are police, transit, library, housing authority, courts, parks and recreation, recycling and utilities.

More than 300 employees work at Olin Corporation-Winchester Division, which manufactures a variety of products related to guns and the ammunition industry. Among the items made in Oxford include sporting ammunition, law enforcement ammunition, reloading components, small caliber military ammunition and components, and industrial cartridges.

High-performance hose couplings and other engine-related parts are manufactured by 250 employees at the Caterpillar High Performances Extrusions facility in Oxford. The couplings are used on construction and mining equipment, diesel and natural gas engines, industrial gas turbines, diesel-electric locomotives and other energy and transportation applications.