With Open Arms: Embrace the Charm of Oxford, MS 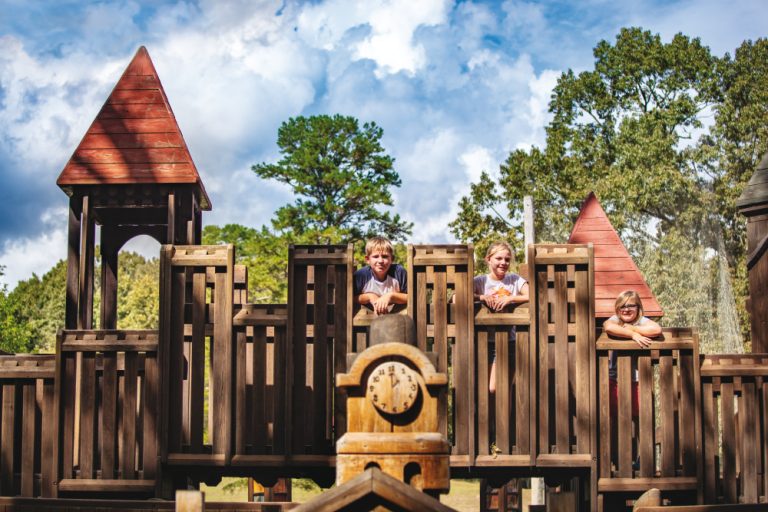 Creating an education-centered community was part of the core vision for Oxford when it was founded in 1837, and today, its reputation for higher pursuits is still among its most defining traits, with its excellent university, award-winning schools and distinctive arts and culture scene.

Founded in 1837, Oxford, Mississippi was named after the English university town of the same name in the hopes that the connotation would result in founding the state university here. As the seat of Lafayette County, in 1848, Oxford was successful in its bid for the University of Mississippi, also known as Ole Miss. As envisioned, the university is at the heart of the town’s community and identity with an impact that reaches far beyond campus.

Oxford is a small town with a population of just fewer than 24,000 residents.

“People call it the ‘greatest little city,’â€ says Rich Joyce, whose family relocated from Kansas City eight years ago. “It’s a gem – a quaint, unique place with a small-town feel.”

In fact, that’s just why the Joyce family has stayed. At the time that they moved from a metropolitan area, their children were entering their sophomore, seventh grade and kindergarten years of school, and they worried about how they’d adjust.

“The transition was easier than we thought. In fact, my daughters chose to attend college here, rather than go out of state,â€ Joyce says.

Not only is Oxford just a few hours’ drive from large metros like Atlanta, Nashville and New Orleans, but the university presence elevates the county’s cultural, recreational and educational offerings. Likewise, the university’s Gertrude C. Ford Center for the Performing Arts brings productions one might expect in much larger communities, from Broadway musicals and concerts to theater and dance performances.

Oxford and Lafayette County are known for high-quality schools and family-friendly communities, things that greatly enhance the area’s quality of life for residents, whether they’ve lived there all their lives or are relative newcomers like the Joyces.

“The whole Southern hospitality thing you hear about is real,â€ Joyce says. “Oxford truly welcomed us with open arms, everyone is so friendly – it’s just great.”

Jennifer Wood and her husband, Patrick, moved to Oxford five years ago from Clarksdale, Mississippi, with their four children (now ages 16, 13, 9 and 7). Their top motivator? The area’s outstanding educational programs and schools.

“The schools are very welcoming to new students and are very family-oriented,â€ Wood says. “There are plenty of clubs, lots of sports and dual enrollment programs, where students graduate high school with several college credits already under their belts.”

Wood was concerned with the average grade size being around 250 students, but the district manages to maintain small classes and individual attention, she says.

“The teachers treat every kid like they would their own children. Every teacher knows the name of every kid,â€ she says.

The sports and school clubs offered in the area attract kids from all backgrounds, offering everything from fishing to chess and sports, like lacrosse, archery and volleyball, so each student can find a sport they enjoy.

Ole Miss and many local entities collaborate on many community events and programming. For example, to produce the hugely popular two-day annual Fourth of July celebration, the Chamber of Commerce, the City of Oxford, Lafayette County, Ole Miss and Family Crisis Services of Northwest Mississippi join forces to ensure its success.

The Yoknapatawpha Arts Council, another great community liaison, works with the Oxford-Lafayette County Economic Development Foundation on an arts incubator called the Big Bad Business Series. In this year-round series of workshops, local community members explore how to be successful within the creative economy, from launching food truck concepts to graphic design services. The idea is that rather than outsourcing businesses’ needs, it’s better to build a network of local people within the community.

“Would-be entrepreneurs are paired with mentors and can share their idea and get feedback from everyone, from bankers to executives to people working in agriculture,â€ says Wayne Andrews, arts council director.

“We teach people that you can be creative and build a stable business.”

Meanwhile, the arts council’s programming offers a variety of instructor-run classes, a monthly art crawl, free summer concerts and movies in the park, plus theater performances and community groups. Every month, there is an arts event, ranging from a fiber arts convention to a cocktail championship, attracting visitors and competitors from around the state.

Oxford and Lafayette County’s entities working together isn’t just a model of a successful local economy. It builds a community that people want to be a part of.