The written word continues to thrive in Oxford-Lafayette County. 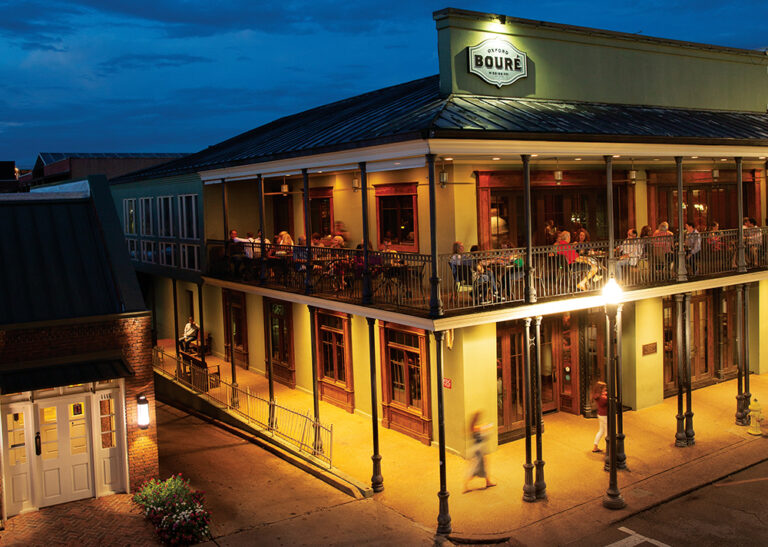 A literary haven is perhaps the best way to describe Oxford-Lafayette County, as many talented authors have called this area home — at least for a time — and in doing so, drew inspiration from its seams.

But while traces of the greats, like William Faulkner and Willie Morris, can still be seen here, creatives of today and tomorrow are busy putting their stamp on the region.

The most notable author who left his footprints on the area was Nobel Prize winner William Faulkner, who wrote several of his works while residing in the region, even basing Yoknapatawpha County (a fictional Mississippi county mentioned in his book “Light in August”) on Lafayette County.

The late author’s home, Rowan Oak, was purchased by the University of Mississippi in 1974. A National Historic Landmark, Rowan Oak is open to the public and serves as the venue for the annual Harvest Supper, which showcases local and regional artists, musicians and chefs.

In partnership with the university, the event is hosted by Friends of the Museum, a volunteer organization that supports museum fundraising, advocacy and special programming.

While Rowan Oak continues to impact the community today, it also made an impression on Richard Howorth, the owner of a family of bookstores in Oxford.

“I grew up in the house that was directly across the street from Faulkner’s home, Rowan Oak, and I could see these cars pull up outside his house with California license plates, and I knew people came from other parts of the world just to see his home and really the geography of the place he wrote about,” Howorth says.

In 1979, Howorth and his wife, Lisa, started Square Books in an upstairs location on Oxford Square. Since then, their shop has evolved greatly. They moved it to a two-story space on the Square in 1986, started an annex store called Off Square Books a few doors down for children and author events in 1993, and opened Square Books, Jr., which is located in the downstairs of the shop’s original location in 2003 and Rare Square Books on the floor above in 2019.

In addition to Faulkner, their collection is full of works by literary greats — past and present. And since they opened their doors more than 40 years ago, they’ve hosted over 2,000 writers who have read or signed books.

Over the years, Howorth also helped start one of two literary events held in the region each year — the Oxford Conference for the Book, which began in 1993.

“It’s essentially a conference that features all kinds of writers — historians, poets, journalists. It’s across the board. As well as editors, literary agents, publishers, librarians — people who populate the wider world of books. (They) come here and either give a talk or a reading or, most often, are on a panel,” Howorth says.

Also hosted in Oxford is the annual Faulkner and Yoknapatawpha Conference, held in July at Ole Miss. Since 1972, the event has gathered leading scholars, teachers, students and lovers of William Faulkner’s work for five days of discussions and socialization.

While great writers can be found at events, some continue to reside in Oxford, like Ann Fisher-Wirth, an American poet and a recently retired Ole Miss professor. To date, she’s had six books of poetry published and “The Ecopoetry Anthology,” which she co-edited with her friend, Laura Gray Street.

At Ole Miss, she worked in the English Department, teaching poetry workshops and seminars, 20th-century American literature and a wide range of courses in environmental literature, among other things.

Educators like Fisher-Wirth are leading future creatives to success at Ole Miss. The university’s English and history departments are consistently ranked as top 100 graduate programs by U.S. News & World Report.

“This is an amazing literary community. We have really, really good teachers in the English Department … (and) there’s a wide variety of classes,” Fisher-Wirth says. “Unlike many places in the U.S., it’s a community where reading and books are still very much appreciated.”

If you’d like to learn more about the Oxford, MS, area, check out the latest edition of Livability: Oxford-Lafayette County, Mississippi.