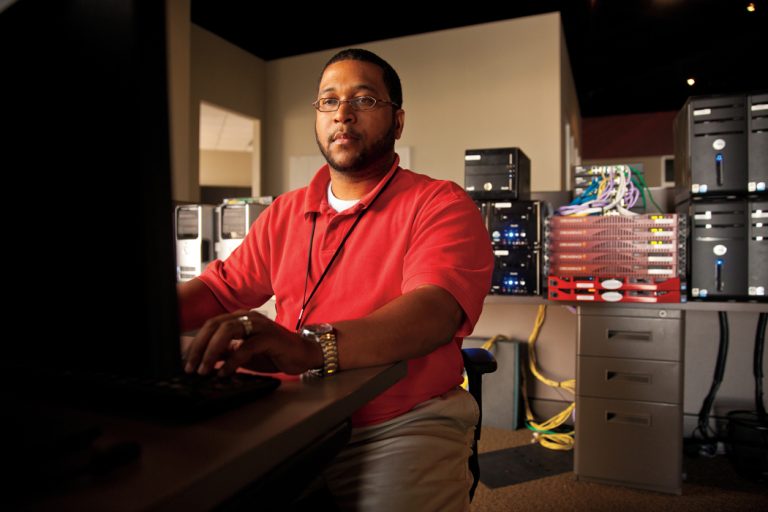 When the founders of Hyperion Technology Group were looking for a city to start their tech manufacturing company, Tupelo was the natural choice for several reasons – not the least of which was Tupelo’s prime location.

“When we started our business, we wanted to be based in Mississippi, and Tupelo was conveniently located between the University of Mississippi and Mississippi State University, which we work with quite a bit,” says Geoffrey Carter, Hyperion president and co-founder. “And Tupelo is about two hours from Huntsville. [For] the kind of work we do – especially the work with military – having easy access to those three locations was a big plus.”

Hyperion is one of several high-tech companies relocating or expanding in the traditionally industrial town. The city has worked hard over the last few years to diversify its economy, and efforts such as the creation of the Renasant Center for IDEAs, the Tupelo Lee County Regional Business Incubator, have paid off.

“When we started our company, the Renasant Center had a combination of the office space we needed and the laboratory and work space that we were looking for, which we really had a hard time finding anywhere else,” Carter says.

Setting the Stage for Growth

Started in 2006 as a program of the Community Development Foundation (CDF), the incubator provides start-up companies like Hyperion with the infrastructure and administrative resources needed to get up and running quickly. Since opening, the Renasant Center has graduated 16 businesses, creating more than 300 new jobs in the process. In 2015, the CDF launched a campaign to attract more high-tech businesses such as Circadence, which specializes in network optimization, and Challenge Automation. At the center of that campaign is Hive, a 975-acre next-gen business park. The Hive joins the 50-acre Turner Industrial Park and the Harry A. Martin North Lee Industrial Complex.

“Tupelo has such a strong industrial base with so many manufacturers here. Because the work we do includes not only engineering but also prototype development and some small-scale fabrication, it was convenient to be able to draw on local machine shops and local metal shops and a variety of manufacturers in the area that complimented the work that we did,” Carter says.

Diving Into the Talent Pool

Tupelo’s strong industrial base has also provided a broad customer base for Challenge Automation, a company that designs and builds custom and automated equipment, and Tupelo’s highly skilled and educated workforce played a role in General Atomics expansion decisions.

“We’ve been able to draw on the workforce that exists in Tupelo. Everybody here is well trained. The community colleges have a very strong program for technical training, so all those factors really contributed to our decision to make our home in Tupelo,” he says.

Carter and Rinaldi also point to the workforce development efforts of the Tupelo school system as offering businesses a competitive advantage. For example, Tupelo High School offers courses in web design and IT, and the high school partners with Itawamba Community College to offer students dual enrollment courses for college credit. Carter says Tupelo’s schools and access to multiple higher education options are one of the city’s many quality-of-life amenities.

Along with a solid infrastructure … an available and competent workforce and continued workforce development make Tupelo a good place for our business.