Festival season extends throughout the year 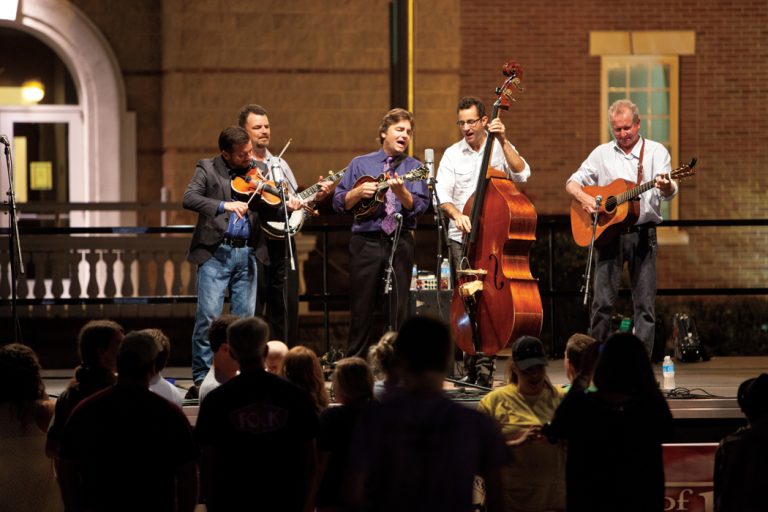 Tupelo is an upbeat, happy city where people believe they can accomplish anything, and that contagious optimism carries through in festivals and special events held throughout the year. Whether lauding its favorite native son, Elvis Presley, or celebrating its varied culinary landscape, Tupelo’s festival season is a year-round extravaganza.

The first day he took office, Tupelo Mayor Jason Shelton promised that he would work to make Tupelo too great to leave. One way he is fulfilling this promise is his 365-day approach to ensure that residents and visitors to Tupelo have something to do every single day of the year. Several new festivals and events have been created as part of this plan.

In April, downtown Tupelo is covered with a cloud of brightly colored dust that can mean only one thing; it’s Color Vibe 5K weekend. In just two years of existence, the race has brought nearly 10,000 participants to Tupelo. Whether running, walking, or rolling through the course, partakers arrive in a monochromatic manner and leave brightly colored from head to toe. Downtown businesses and restaurants welcome Color Vibers with specials throughout the day.

Tupelo has many festivals that are perennial favorites. In the South, food is less sustenance than part of what makes a Southerner Southern. Tupelo celebrates this through such annual events as the Don’t Be Cruel BBQ Duel each March, Mississippi’s state championship barbecue cooking competition. Also in March, the Tupelo Craft Beer Festival offers the chance to sample more than 100 craft beers from more than 30 breweries. The Dudie Burger Festival each May celebrates Truman “Dudie” Christian’s take on the “dough burger,” a mixture of meat, flour and water, created to make meat last longer during the days of the Great Depression.

The arts are alive and thriving in Tupelo, as evidenced by the festivals designed to showcase them. The Gumtree Festival is held Mother’s Day weekend and is a juried arts festival featuring more than 100 artists on display, a songwriters’ competition, and visual arts performances. The Tupelo Film Festival in April honors the art of film, and includes film competitions and educational sessions for filmmakers.

Music is the essence of Tupelo’s culture, and this is also displayed in its festival repertoire. The Down on Main summer concert series includes free outdoor concerts in Tupelo’s Downtown Fairpark in July, August and September. The city’s summer festival season culminates in the Tupelo Elvis Festival in June, a musical celebration to honor Elvis Presley and the impact of his music on the world.