Research and Development in Vicksburg, MS

With four laboratories dedicated to military and civilian projects, the U.S. Army ERDC is a major player in making the world safer and impacting the local economy. 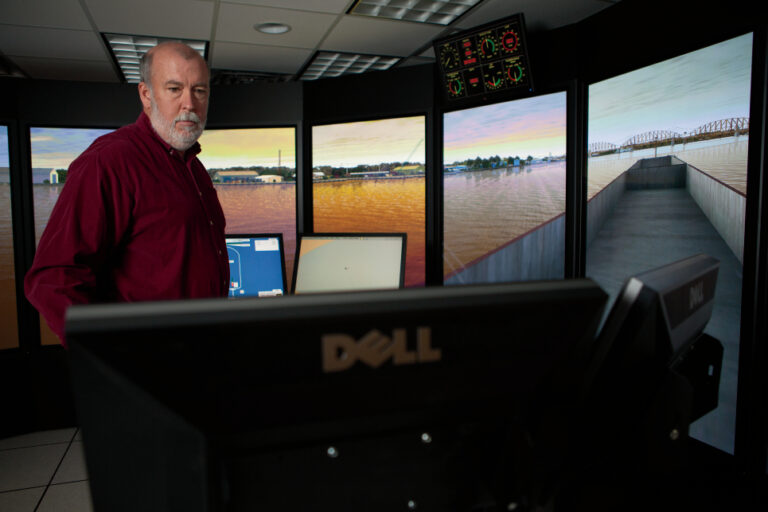 Bringing in $355 million a year to Mississippi, and more than 1,700 jobs to Vicksburg, the U.S. Army Engineer Research and Development Center makes a large economic impact.

But more valuable than that are the lives saved and the habitats protected by the products being developed at this center. As director of the ERDC, Dr. Jeff Holland sees every day the important work his organization is doing. In fact, he says, “there are so many examples it boggles the mind.” But a personal testimonial in the form of a handshake and a pat on the back still goes a long way.

“We get direct feedback from folks,” Holland says. “There was a lieutenant colonel who came to my office once. He shook my hand and told me the work that ERDC had done on IED [improvised explosive device] detection had directly saved the lives of many of the people within his organization. That truly floats your boat when you hear that what you’re doing makes a difference.”

The ERDC is making an impact in many ways, both for soldiers and the military as well as for civil works projects such as water resources, environmental missions and the like. Headquartered in Vicksburg and with laboratories also in Champaign, Ill.; Hanover, N.H.; and Alexandria, Va.; the ERDC is one of the world’s premier engineering and scientific research organizations.

“On any given day,” Holland says, “our organization is involved in saving a soldier’s life or helping to save an ecosystem somewhere in the world.”

The accomplishments of the ERDC also illustrate how Vicksburg is a haven for companies doing innovative works. The city has plenty of growth opportunities, an ideal business climate and access to research equipment and infrastructure.

The ERDC partners with major companies such as Bowhead Science and Technology, SENTEL Corp. and Lockheed-Martin, as well as local businesses such as CrossTek. It also works very closely with universities in the state, primarily with Mississippi State, Jackson State, Alcorn State, Southern Miss and Ole Miss.

“We work very hard on being one of the centers in the whole Southeast for supporting science, technology, engineering and mathematics, or STEM,” Holland says. “In this last year, our student-related programs brought more than 300 students to our four campuses, where we actually paid those students to work with us and to learn as well as produce real honest-to-goodness products for us.”

Using four laboratories – Coastal Hydraulics, Geotechnical, Environmental and Information Technology – ERDC’s Vicksburg facility has developed and commercialized countless innovative products. In addition to IED detection and determent for U.S. soldiers in Afghanistan and elsewhere, the ERDC has developed a Modular Protective System that works as a sort of solid tent to stop rocket-propelled grenades from entering areas where military personnel have set up camp.

At the same time, the Center works on civilian-related projects. For instance, it has done extensive research on how to lessen the impact from future storms similar to Hurricane Sandy on the East Coast in 2012. Much of the analysis has come from ongoing studies the ERDC has conducted since Hurricane Katrina.