Vicksburg, MS, restaurants are steeped in history and Southern hospitality. 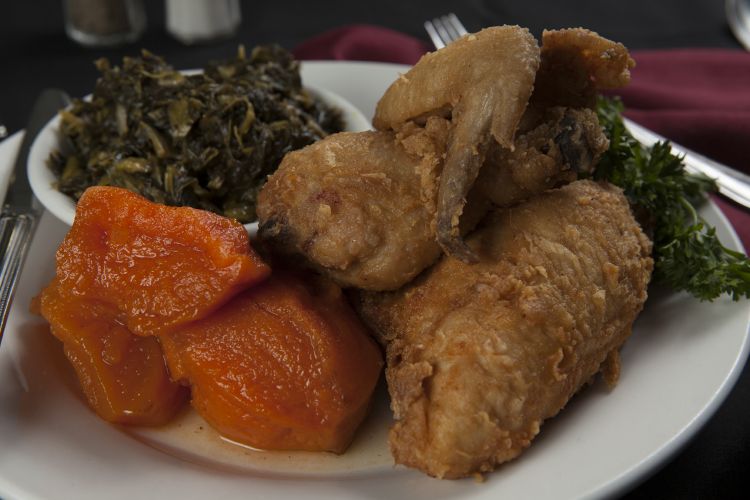 In Vicksburg, both the food and the history are rich, and everything comes with a generous portion of Southern hospitality.

After an extensive remodeling project, Joyce Clingan’s Walnut Hills Restaurant boasts a new kitchen, but not much else has changed at this popular Adams Street eatery, where chief cook Herdcine Williams and her team of “good old-fashioned Southern cooks and servers” offer traditional Southern plantation cuisine. Miss Herdcine’s cayenne-laced fried chicken is the most famous dish, but her homemade biscuits and cornbread, not to mention Clingan’s cakes and pies, are the other specialties that keep customers coming back for more.

Café Anchuca, at the Anchuca Mansion and Inn, an antebellum home-turned-bed-and-breakfast, serves tapas and dinner from Monday to Saturday and brunch on Sundays. Diners appreciate the mansion’s impressive columned exterior and elegantly decorated interior as much as they enjoy the shrimp & grits, Creole sampler, and Anchuca bread pudding, the latter one of two house specialty desserts.

Yet another local favorite is Rusty’s Riverfront Grill on historic Washington Street, one block from the Riverfront Murals and two blocks from the Old Courthouse Museum. Serving seafood, salads, chicken and steak, Rusty’s is open Tuesday through Saturday for lunch and dinner and is revered for its po’boys and crab cakes.

ROCA Restaurant & Bar represents the fusion of Southern soul food with classical French-Italian fare. Visit for lunch, dinner or Sunday brunch, and try the crawfish pizza or spicy crawfish pasta, to name but two distinctive options on the dinner menu.

Established in 1960 on the banks of the mighty Mississippi, Goldie’s Trail Bar-B-Que prides itself on slow-cooking “true pit bar-b-que meats,” then slathering those meats in a thick, Texas-style sauce that recalls the roots of founder Gola Marshall, a Missouri native who learned to cook barbecue in Arkansas.

Rowdy’s Family Restaurant has been serving Vicksburg since 1933, and remains best known for its catfish and its daily “Hurry Up Lunches,” which include an entrée, two sides, cornbread, dessert and tea or coffee, all for under ten dollars.

Last but not least, Billy’s Italian Restaurant is a quaint little eatery located in the Vicksburg Factory Outlet Mall, one that has a reputation for exceptionally friendly service and tasty New York-style pizza.