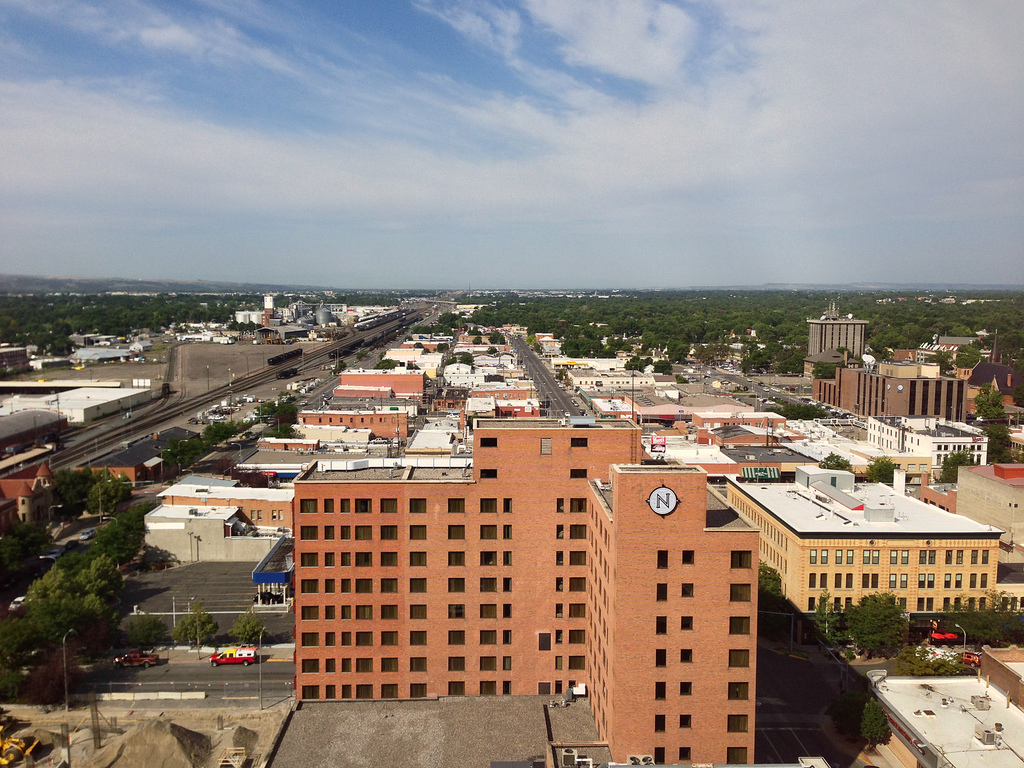 Courtesy of Wendy under a CC 4.0 license.

The only city in Montana whose population is more than 100,000 is Billings, a community that’s population continues to grow as its economy thrives, thanks to large coal, oil and natural gas reserves. Billings is a regional retail hub for southern Montana, northern Wyoming, southwestern North Dakota and northwestern South Dakota, and the city hosts a variety of concerts, sporting events and other attractions. There is plenty to do in this part of Big Sky Country, including the following:

Enjoy pub food and a couple of beers at any of eight microbreweries that operate in Billings. Most are in the heart of downtown, including Angry Hank’s Tap Room, Carters Brewery, Himmelberger Brewing Company, The Montana Brewing Company, Uberbrew and Yellowstone Valley Brewing Company. Canyon Creek Brewing Room is in the city’s western district, and Red Lodge Ales Brewing Company is in nearby Red Lodge. Billings also features a Trailhead Spirits distillery that produces brands of whiskey, vodka and gin.

No matter what the weather is outdoors, The Reef Indoor Water Park is open year round with a wave pool, 250-gallon water dump bucket, four slides for little kids, a three-story slide and arcade games. Although the park is mostly designed for small children, adults can enjoy a 25-person hot tub, Ripp’s Cafe for lunch or dinner, a sundry shop, and a Big Horn Lounge down the hall from the water park. The Reef is open Thursdays-Sundays, and every day during the summer peak season.

Walk on the Wild Side

Is that a red panda? Yes, and more than 100 other animals at ZooMontana live in habitats that mirror their natural surroundings. Open every day of the year except Thanksgiving and Christmas, the zoo showcases animals native to Montana, the Rockies and other cold-temperature regions. Animals include a bald eagle, ball python, gray wolf, great horned owl, grizzly bear, Siberian tiger and turkey vulture, and a Canyon Creek runs through the center of the zoo’s grounds.

Foodies can step up the plate at a number of restaurants in Billings that have received Certificate of Excellence recognition from TripAdvisor. One of the top hot spots is Lilac, which features creative dishes like octopus appetizers and strawberry crepes. Upscale diners will like The Fieldhouse as well as Montana’s Rib & Chop House, while other excellent eateries include Bin 119, Bistro Enzo, Bullman’s Wood Fired Pizza, Clao Mambo, Harper & Madison, Jake’s Restaurant, The Burger Dive, and Walker’s American Grill.

Join Mr. and Mrs. Strawberry and many other fun characters at the annual Billings Strawberry Festival every June in the downtown SkyPoint district. The day begins with a strawberry pancake breakfast and culminates in the mid-afternoon with the cutting of a gigantic strawberry shortcake. Other activities include live concerts on two stages, 100 vendor booths and a children’s activity area. The June 2016 celebration will be the 25th anniversary.