Great Falls takes the hassle out of commuting for residents. 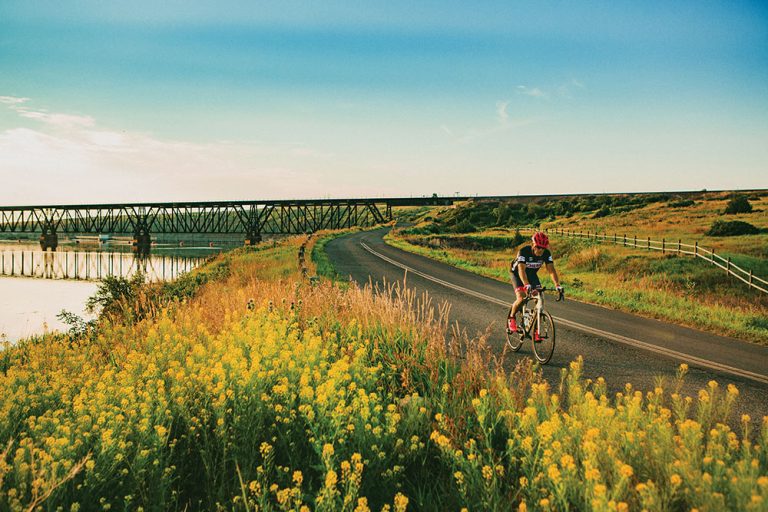 While offering big-city amenities, Great Falls gives residents an ease of mobility without the hassles of big-city congestion and lengthy commutes.

More than four out of five commuters in Great Falls (83%) have a daily drive to work of less than 20 minutes, compared to the U.S. average of 41%. In addition, more than 4% of Great Falls residents walk or bike to work, also above the U.S. average, and many residents commute to work via the River’s Edge Trail, which stretches almost 60 miles along the Missouri River.

Great Falls is served by major transportation routes, including the north-south Interstate 15 that stretches from San Diego to the Canadian border. U.S. Highways 87 and 89 run through Great Falls and connect to I-15.

“There is also the convenience of the Burlington Northern Santa Fe (BNSF) Railway that goes right through Great Falls for freight customers, and we also have a shovel-ready AgriTech Park industrial site that can offer BNSF rail service to corporate tenants,â€ says Jolene Schalper, senior vice president of the Great Falls Development Authority. “AgriTech Park spans 3,000+ acres and has lots with existing infrastructure like water, sewer, gas, electric, roads, rail and telecommunications, and it also has Foreign Trade Zone status.”

The region’s transportation network is anchored by Great Falls International Airport (GTF), which is served by carriers Alaska Airlines, Allegiant Air, Delta and United. Direct service is offered to Salt Lake City, Minneapolis, Seattle and Denver as well as Chicago in the summertime, and there are flights to Las Vegas and Phoenix during much of the year.

The airport handles about 370,000 passengers annually. A study by the state of Montana shows the total economic impact of GTF to the Great Falls region is $268 million.

“We are in the midst of a terminal refresh project that will include new carpeting and furniture, and in the future, we will conduct a complete facelift to the front of the terminal and upgrades to our ticketing lobby,â€ says John Faulkner, director of GTF.

The terminal includes amenities such as Rockies Kitchen & Bar, the Airport Restaurant and a gift shop.

Great Falls, MT is a Destination for Innovation

GTF offers multiple ready-to-go hangar spaces for rent, including a hangar able to house two 737s. That is the largest hangar in Montana.

“Besides commercial flights, we are a hub of activity for the private flying community and have the largest U.S. Customs facility between Minneapolis and Boise,â€ Faulkner says. “Our airport is used by a lot of Canadian pilots, so our U.S. Customs service comes into play about once every day.”

The airport is also the state hub for FedEx, with flights going directly from Great Falls to Memphis. GTF also has a Foreign Trade Zone on its property, and about 300 acres of airport land that fronts I-15 are already equipped with utilities and available for interested companies.

The airport serves a 12-county region that stretches from north of Helena up to the Canadian border, and east to Lewistown and west to Browning.

“From our airport, it’s actually faster for people to get to the best hiking trails and other big attractions at Glacier National Park than by flying into any other airport,â€ he says. “For that reason, much of our passenger growth these days is tourism related, especially in the summertime when we get a lot of Seattle and Chicago customers who want to see Glacier National Park and all of Montana’s beauty.”